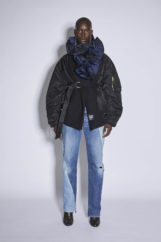 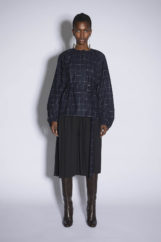 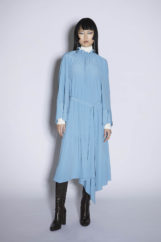 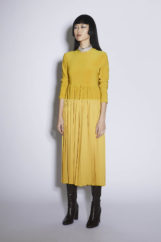 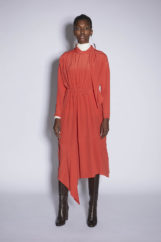 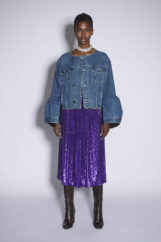 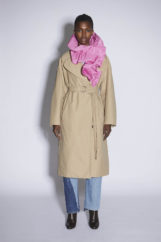 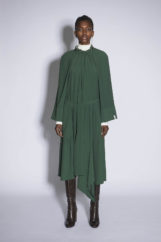 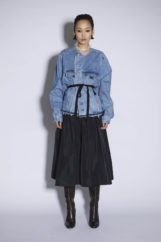 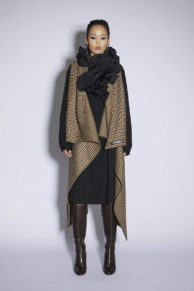 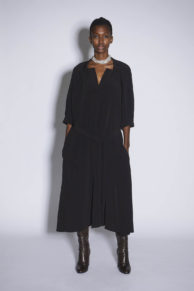 Like all of us, LUTZ was conflicted putting out a collection as World War III  hangs heavy over our skies.

The point of departure for the LUTZ HUELLE collection was a men’s tailored jacket, wide trousers and a waistcoat in checked pure wool. White poplin shirts were pleated, pink taffeta morphed into ruffled collars which were worn with trench coats giving a touch of eccentricity.

LUTZ HUELLE has always been known for his bomber jackets and this season they come with a draped shawl collar. A dramatic cape-coat is cut in taffeta and worn with Jeans and a T-shirt.