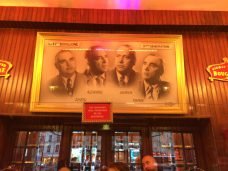 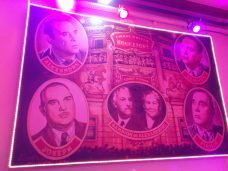 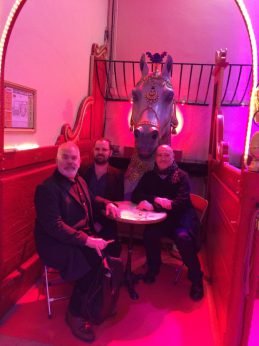 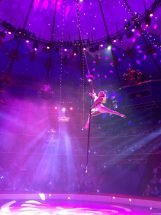 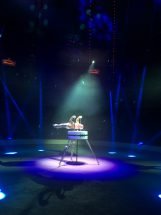 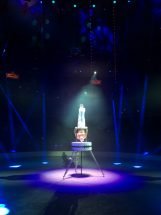 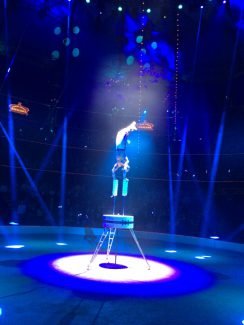 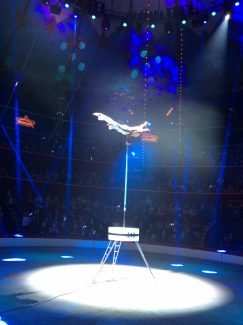 Till now I’ve only been at the Cirque d’Hiver for fashion shows but today, as a guest of Moritz Junge, Marc Happel, Mauro,  I actually saw the circus. The theatre was designed by the architect Jacques Ignace Hittorff and was opened tyEmperor Napoleon III December 11th, 1852 as the Cirque Napoleon. The theatre was renamed Cirque d’Hiver in 1870. In 1934 the Bouglione brothers, and now their heirs took over the circus.

In 1956 Carol Reed directed the film Trapeze, it was partially filed at the Cirque d’Hiver. In August 1955, Richard Avedon took his famous photograph of the fashion model “Dovima with the Elephants” to show a floor-length evening dress by Dior. In 1995 I attended Thierry Mugler’s special fashion show at the circus to celebrate his brand’s 20th anniversary. Special guests included James Brown, Tippi Hedre and all of his super models.

I couldn’t bring myself to photograph the tiger and the lions and the human cannon was too fast for me to catch, I should have photographed the giant rats, they were actually quite cute but I didn’t… here are a few images. Who knows how long circuses will continue, it was a bit like watching the end of an era.