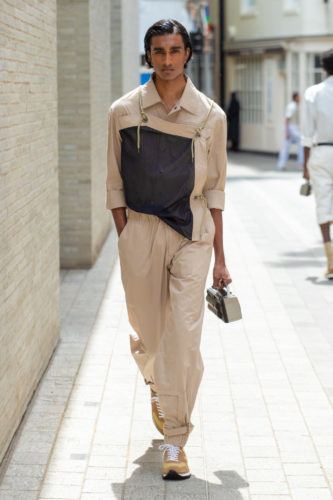 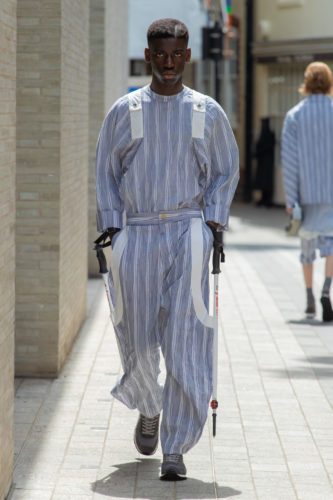 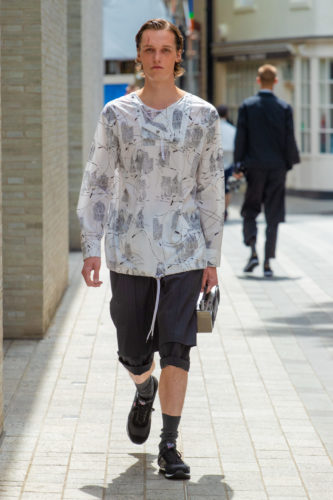 Someone once said that fashion is always political, and this was never untrue. Whether as a reactionary constraint, a sign of status or more rarely, but brilliantly, as a means of protest. Hussein Chalayan however is widely known to routinely unfold in his work the political potential of clothing to maximum stretch – to then fold it back up almost magically, into a crisp cotton shirt with inserted panelling, brimming with symbolism. With ‘The Postcolonial Body’, today’s show, he didn’t do so any less, and with yet greater historical scope than usual. From the Spanish and Portuguese occupation of South America between the 16th and 19th century, to the US occupation of Japan from 1945 to 1952, the designer embarked on a study of dancing amongst various ethnic groups colonised by Western forces. As rite and as remonstration, their dancing informed a parade of tailored ensembles whose construction was inspired by moving bodies, and prints of step-by-step Tango instructions on silk. In Mayfair, London – until not so long ago the capital of an empire on which the sun was never to set – Chalayan’s Models walked out at noon, carrying portable radios each set to its own tune, and yet all harmonious somehow. Saidiya Hartman’s seminal book, Scenes of Subjection came to mind, where she writes of the intensity of the discipline that slaves had to endure on plantations, and clandestine dances as social critique. Interestingly, she sees them as acts of redress, by which Hartman means “the articulation of needs and desires and the endeavour to meet them”. Not curative per se, but a pleasure shared. One wonders whether that’s something Hussein Chalayan thinks about, a vision of what fashion could be, were it not as elitist as it is. A suggestion even, perhaps, for a politics so radical in this field, that it can be carried forth without any slogan – but rather by way of relatively classic, wearable and practical outfits crafted with light linen mixes in burnt orange, sand and mushroom hues. 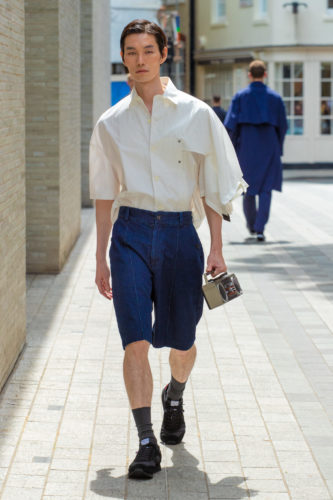 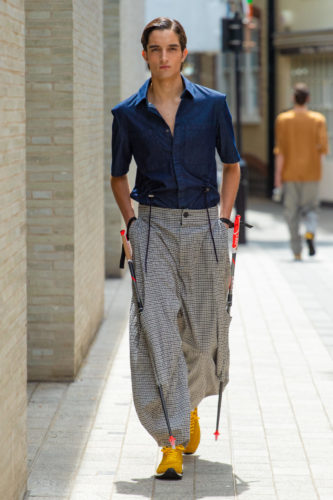 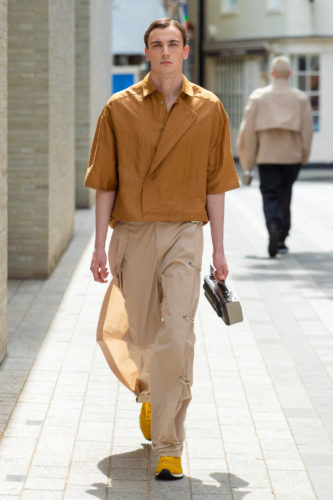 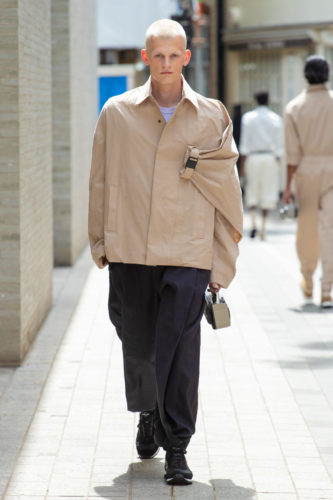 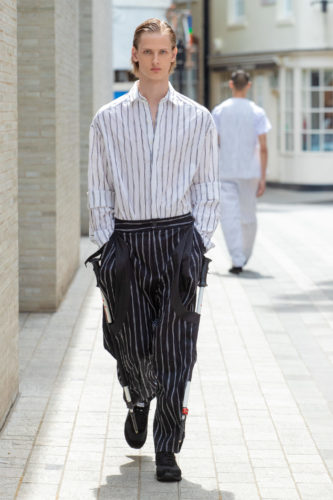 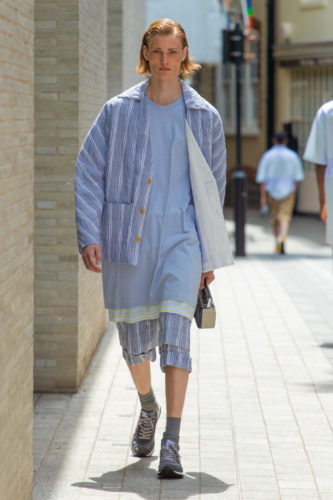 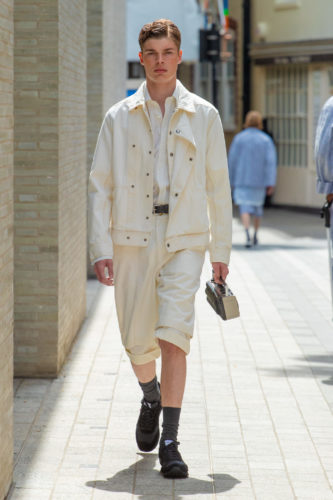 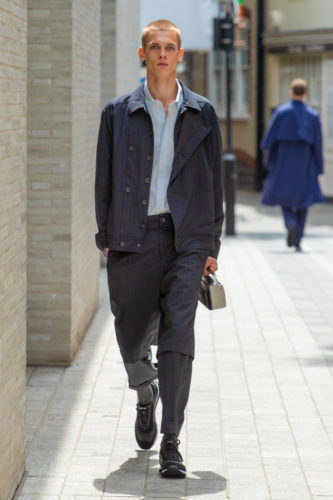