I feel that there are certain artists who tap into "it." They have a talent to organize and communicate a nostalgic mixture of pop, counter-culture and psychedelia with their own point of view. Its capturing the spirit of freedom, "outlaws" and forward thinkers. They trip us up with their psychology. Is the work from then, now, or the future? In more simple terms, I like what I see here. I am happy to encounter the artists and works below that I'd like to share with you. 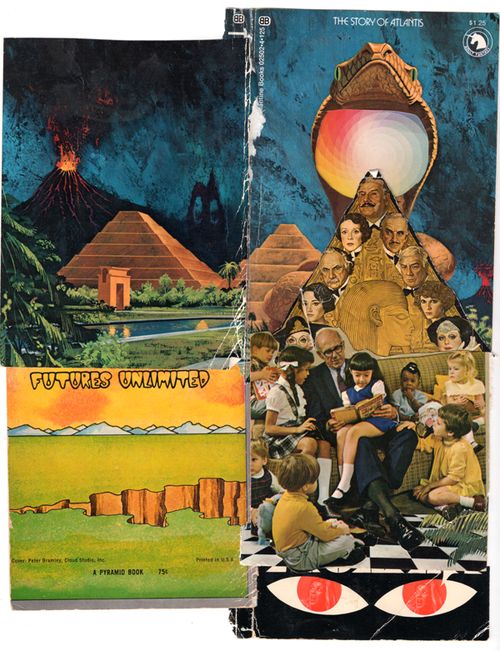 Still fresh off the insane installation and transformation of the Rudolph Schindler home that was "Bright White Underground" at Country Club with his creative partner in crime Jonah Freeman, Justin Lowe's "Hair of the Dog" at Pepin More in Chinatown is Lowe's first solo show in LA.  The way Justin's brain works is fascinating. He's one of those great visual story tellers. Even verbally, sometimes I can't tell if he's unknowingly writing the lyrics to a song when you are just having a conversation. In this show there are many small collages which give a more contained look into the inspiration of many of his prior, massive works. There are just a few larger pieces which are a mix of oversized canvas printing, collage, and painting. There is also a shattered glass work with the image of Che Guevara and a video installation as well. The painting/collage below is 6 feet long.

Over in West Hollywood at Annie Wharton Los Angeles, Annie brought over a smaller version of a traveling group show called "By Chromed Hooves It Travels Now,"  an appropriately mythical title for a show of trippy works. 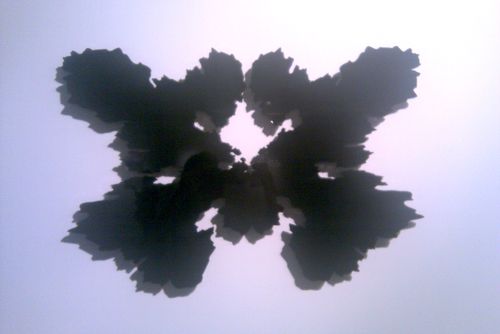 Having been in talks for sometime with artist Peter Lamb who has photographic works in the show, once she moved into her new space at the Pacific Design Center (PDC), Annie was able to accommodate all 5 artists (4 British and 1 New York-based). The dark Rorschach inkblot-inspired mirrored piece by Paul Hosking is striking (though sadly my cameraphone photo is not).  Upon closer inspection of the work, one sees its made up of dozens of portrait silhouettes which are stretched and manipulated.

I am curious about the glossy perspex triangular sculpture on the wall and a collage piece with an image of a nuclear blast.  When I inquire, Annie notes that the artist Steve Green is "Like a deejay who seems to have studied Alejandro Jodorowsky. He samples a variety of ritualistic iconography and post-colonial, exotic other-worldliness to create these organized and wonderfully trippy works."  Well said! 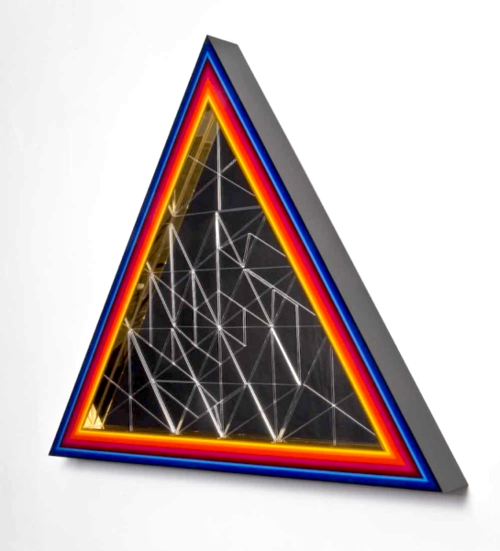 Across the hall in the PDC at Yann Perreau's Here Is Elsewhere gallery is "Absurdism: a group show."  I met Yann a year ago through gallerist Francois Ghebaly when Yann was the Deputy Cultural Attach