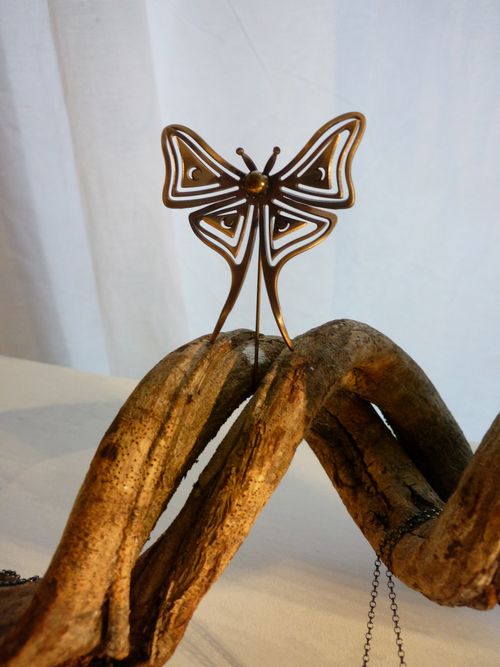 While I was in Rome covering Alta Roma, my friend the fashion designer Paola Balzano drove me in her Smart Car to the far-flung neighborhood of San Lorenzo. The area, originally a working-class neighborhood, is historically a stronghold for left-wing radicals, anarchists and, later, artists. And while it has mellowed slightly over the years, perhaps because of the arrival of bougie students, it definitely still retains some of its outsider vibe that is distinct from the rest of Rome. (The first time I visited this district was back in 2001, when I was having an affair with a Latin American Marxist whom I met at Europa Multiclub, the gay sauna that is now notoriously owned by the Vatican.)

Myriam B, the jewelry designer with a very bohemian sensibility, has had a studio in San Lorenzo for many years. She was recently introduced by Nunzia Garoffolo to a long-term friend of Diane Pernet's, Mario Salvucci, another jewelry designer. Myriam and Mario hit it off creatively and decided to collaborate on a project called Nature: A Little Less Conversation. (The name was dreamt up by Nunzia, inspired by the Elvis Presley song.)

From the exhibition notes: