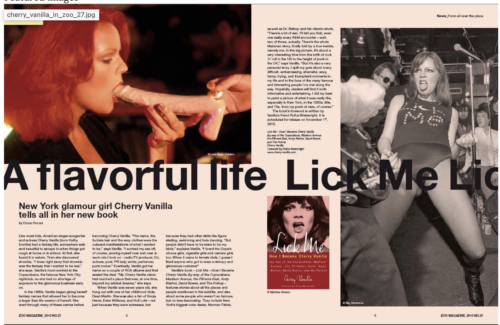 Here are a few articles on Cherry and all my warmest wishes for a very Happy Birthday.