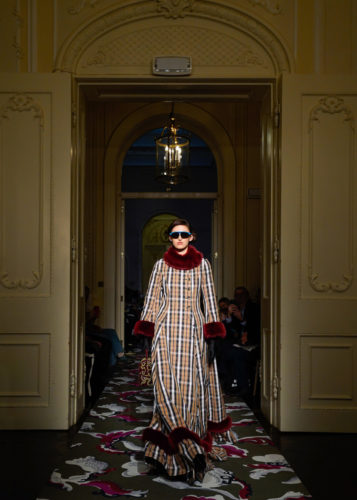 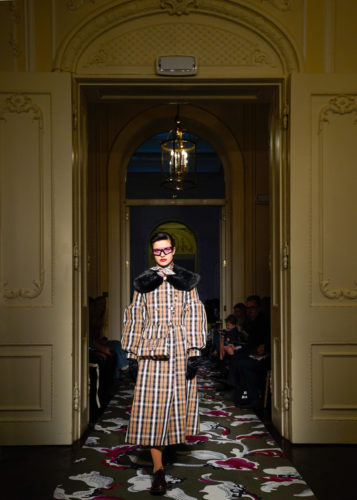 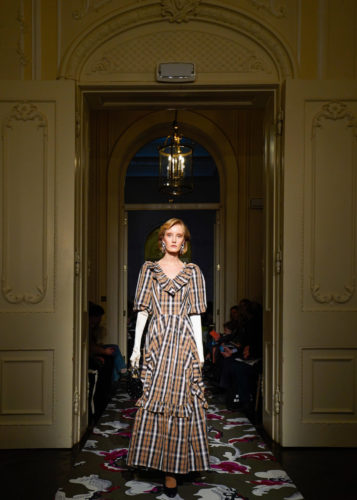 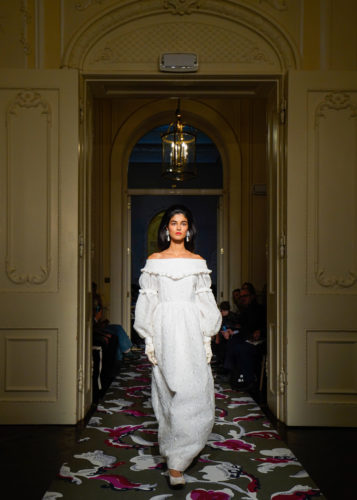 It’s not the easiest time to be the Queen of England. One doesn’t need to be partial to perpetuity of the monarchical system to concede that we wouldn’t wish Megxit and Brexit at once, in a single month, on the worst of our enemies. And that’s without taking into account the Prince Andrew scandal back in November, which led Her Majesty’s third son to resign from his royal duties, after a disastrous BBC interview about his friendship with convicted sex offender Jeffrey Epstein. Was sympathy for the Queen’s recent troubles part of the reason why Shrimps, a young British label best known for its pastel faux fur coats, quirky appliques and covetable beaded bags, dedicated their fall 2020 collection to a celebration of the monarch? Perhaps, or possibly it was just meant to be. Colour, in the face of austerity, has defined Hannah Weiland’s approach to design from the start – and Queen Elizabeth II’s mastery of tone-on-tone ensembles have made of her a fashion icon in the eyes of the world, as well as everything else. Still palette aside, this collection comes across as more sober than we’ve grown to expect from Weiland: fur trimmed long coats, capes, collars and muffs exude a sense of elegance and refinement which her previous work, though cute, had lacked. What we see here is a woman who’s grown into her responsibilities. This reflect on the designer’s creative practice too. At a time when some have started to wonder whether faux fur might be yet less sustainable than real one, Shrimps introduces a royal blue faux sheepskin made from recycled materials, and the woollen balaclavas many models wore, were sustainably sourced too. These worked an edge into an otherwise perfectly genteel collection, a frisson into a prim and proper wardrobe. Though the balaclavas – in cream, blue and red knits – were of the type worn more for practicality than subversion, there’s connotations that they can’t escape. Elsewhere, it was mirror sunglasses which hinted to a pursuit of anonymity, on part of someone whose private life is lived very publicly indeed. And though the Queen was this show’s muse, both balaclavas and sunglasses, as well as the models’ hairdos and a couple of tight riding pants, couldn’t but call to mind Princess Diana as well, at her Sloane Ranger peak. 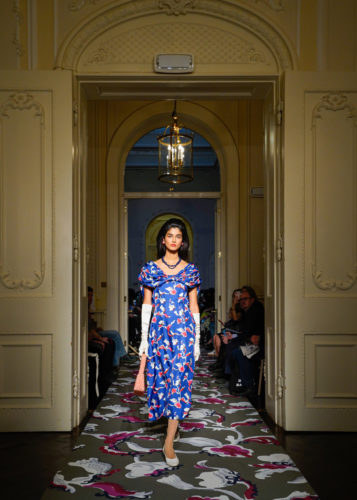 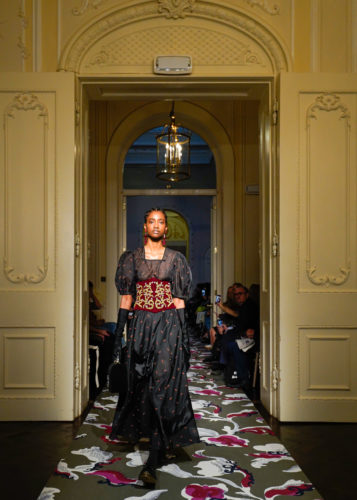 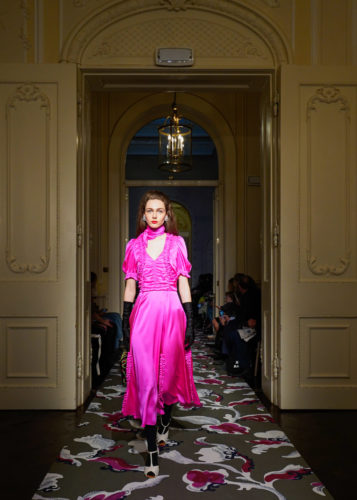 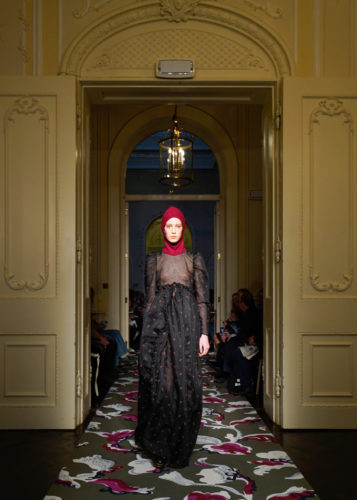 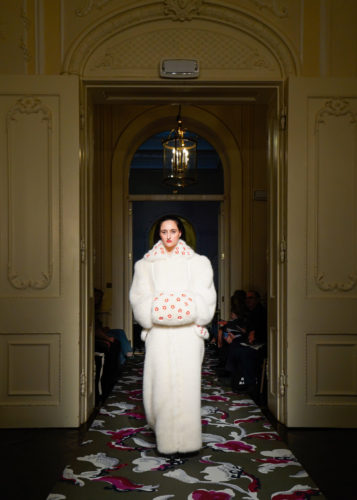 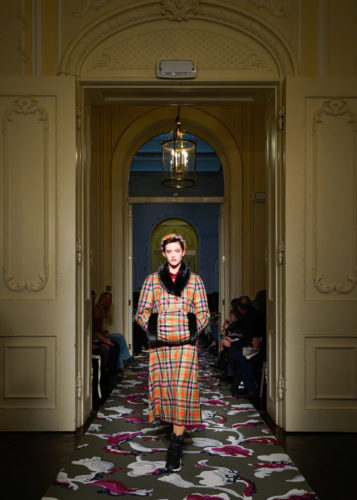 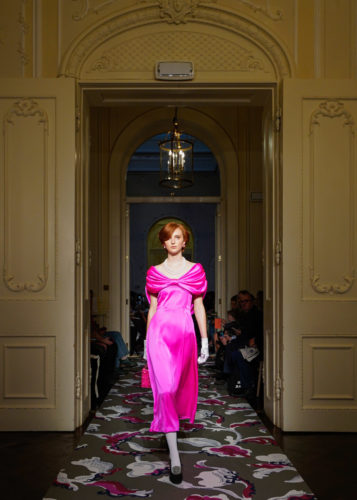 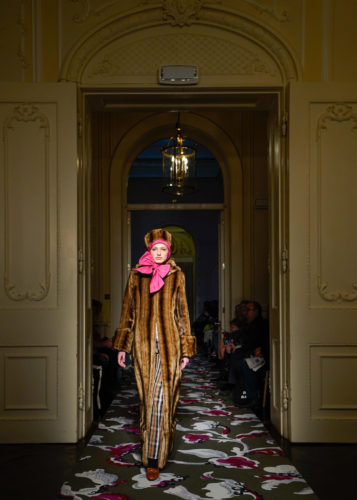