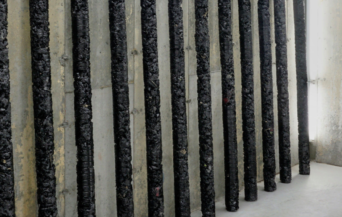 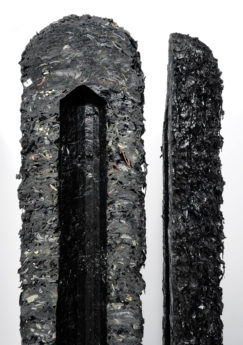 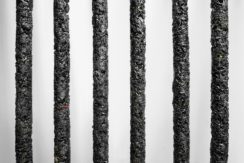 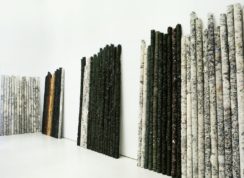 On February 2015, a news release in Sperone Westwater Gallery wrote, “The substance of artists’ lives has always been the subject of their art”. The quote was by the legendary designer-turned-artist Helmut Lang, who had released a series of totem-like sculptures made from the archival pieces of his brand.

The creative director of Saint Laurent expressed his fascination for Helmut Lang in an interview with Business of Fashion, stating “For my generation, he is the ultimate designer of the ’90s. I consider him at the same level as someone like Coco Chanel for the way he brought realness into fashion, something that everyone is still copying. Helmut was the first to stand up against artificial promotional messages, his vision and art direction brought everyone back to the real and meaningful essence of fashion.”

It’s true. There is not one designer today who is not inspired by what Helmut Lang did. A true innovator and disruptor, the legendary designer defined the 90s aesthetic with his modern silhouettes (inspired by the architect Adolf Loofs) and his exploration of workwear and streetwear. He changed the definition of what luxury is… The first person to bring street style to the runway, to show both men and women collections at the same time, to display their collection on the Internet, the reason why fashion weeks start in New York…and the list goes on.

His collaborations with Louise Bourgeois and Jenny Holzer demonstrated the possibilities of what can come out from the works of a designer and an artist together. In an interview with Business of Fashion, Helmut Lang said, “Anthony was the first person in fashion to engage in a collaboration focusing on my artwork. As I collaborated with artists in different ways throughout my time in fashion, it was intriguing to be in the reversed position.”

In 2015, as he left his namesake label to pursue art, he took the garments of his past, compressing them into sculptures. Today, his work for Saint Laurent captures the same element, letting go of attachments and manifesting something new.