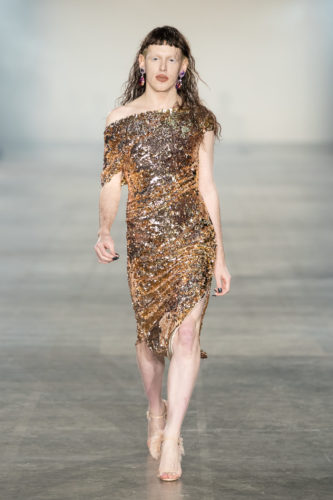 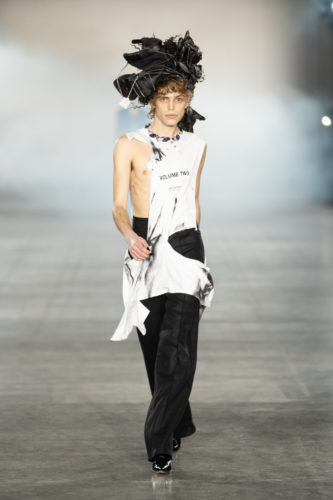 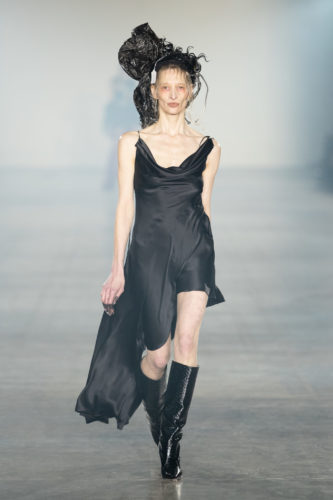 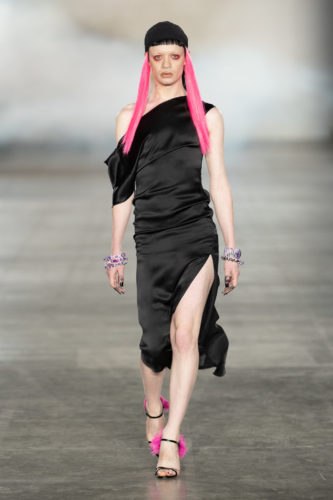 Whilst opening the menswear season with their first standalone show was no doubt a big step for Eden Loweth and Tom Barratt, at the same time it came across as deliberately counterintuitive. The codified signifiers of masculinity – puffs, bumps, stiffener – with which we’ve come to distinguish clothing intended for the alpha male, have from their work been always conspicuously absent. Which is not the same to say that it lacks in swagger: quite the opposite, indeed. Gender fluidity sets itself apart from perfunctory unisex, giving the Art School label a supple, sensual, liquid signature style upon which to build new narratives season after season, without compromise. This time, their models were on the way to the opera, but got caught in the rain halfway through – vamps in slick bias-cut black silk, shiny vinyl scales, wet hair, stilettos trimmed with marabou feathers. Choreographed by Holly Blakey, down the runway they shivered and swayed, if not in evening gowns, then pantless. A pinch of bad taste, to spike the glamorous: in their solo debut Art School stay true to their name, stick to their guns – sequins and tinsel, a liberal use of gold. And a DIY ethos, exemplified in Shiori Takahashi’s sculpture-crowns made of ‘repurposed lost property from queer safe spaces across London’, interwoven with human hair. But behind the scenes, their fabrications evolve: for a wrapping-paper effect, a repurposed golden leather fabric underwent five hand-crafted processes, from pleating to foiling to moulding, before being turned into a safari suit. Loweth and Barratt’s fashion is high fashion that aims to look as if homemade and aiming to look expensive. Its drive is its charm: earnestness glorified, and rightly so. 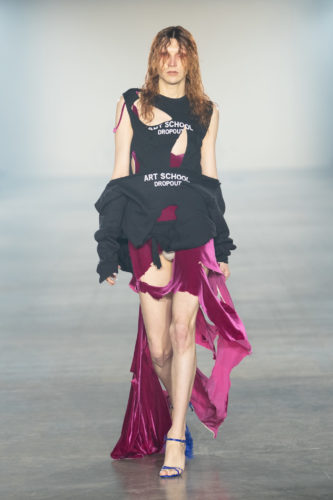 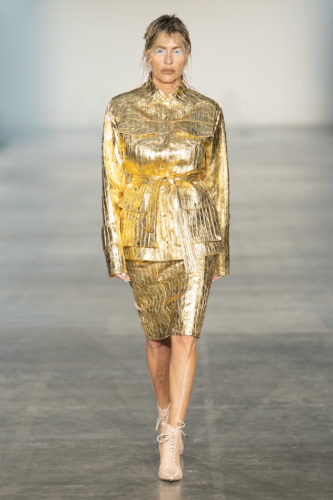 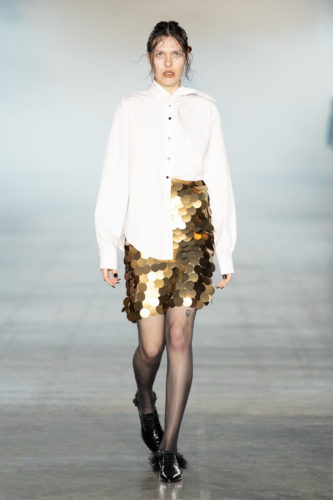 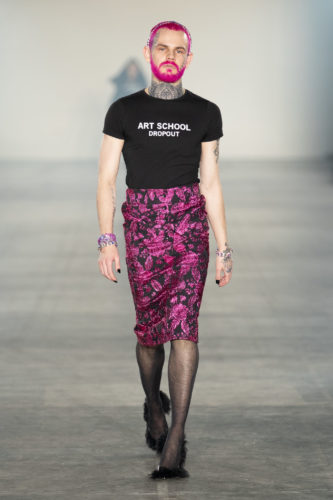