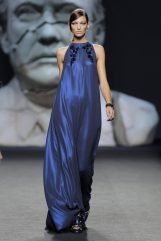 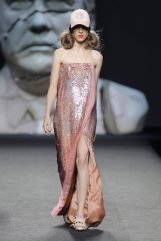 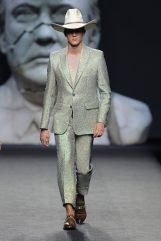 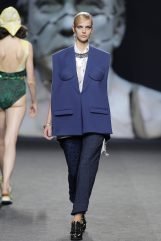 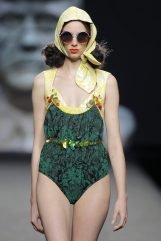 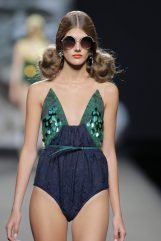 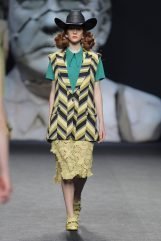 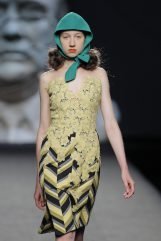 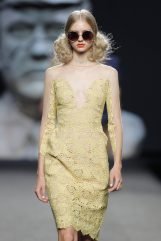 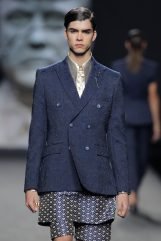 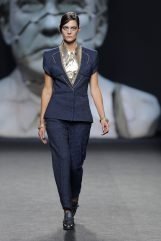 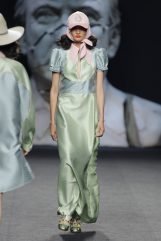 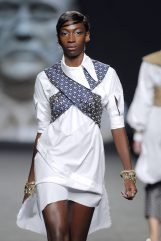 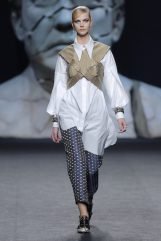 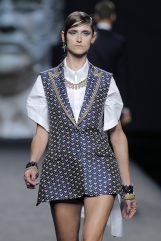 Checking my posts I suddenly realized that I didn’t review last week’s collection presentation by Ana Locking at the Madrid Fashion Week. Unforgivable. And not only because she’s a designer I like and respect but because she did a great show, with a tremendous commercial potential and high creative dimension.

If you’ve been following her career -specially in recent times- you’d know by now that she’s not afraid of pointing at politics with her shows. Transforming ideology into a back bone for her clothing and iconography. And if last season she closed a highly political trilogy, this present show works as an epilog to it.

“Preachers and believers” draws the polarizing social situation in which our nations -and planet, I’d say- finds itself more and more cornered. Where a powerful few tell the rest what to believe in. Or, more accurately, tell them what they think they want to believe in. But Ana doesn’t judge -well, the catwalk being topped by  Trump’s cracked head is already a statement!-, and even if the collection was divided in sober and austere vs shiny and colorful, both lines were super atractive to the eye.

Spirituality vs religion. Rigidity vs fluidity. Love vs fear. Integration vs separation. Truth vs manipulation.