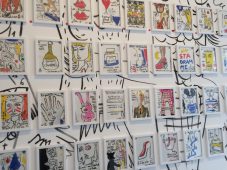 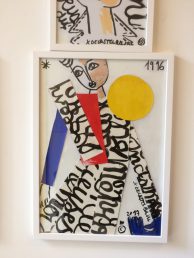 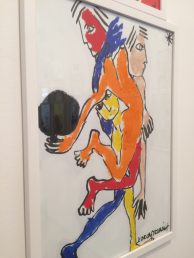 The drawings were made in full liberty and without any commercial constraints. Any of the drawings can be made into a one of a kind piece. During the exhibition at Mannerheim Gallery there was a film crew from Arte making a documentary on Jean-Charles. Catwalk shows have existed for a long time but now they do not seem that relevant and the clothes get lost in the mix. No Show is Castelbajac’s personal fashion revolution. In 1971 the journalist Eugenia Sheppard baptised Castelbajac “King of anti fashion” in the New York Times.The 40 drawings can be either made into clothes and worn or adorn your wall so the question remains, is it a painting or is it fashion.