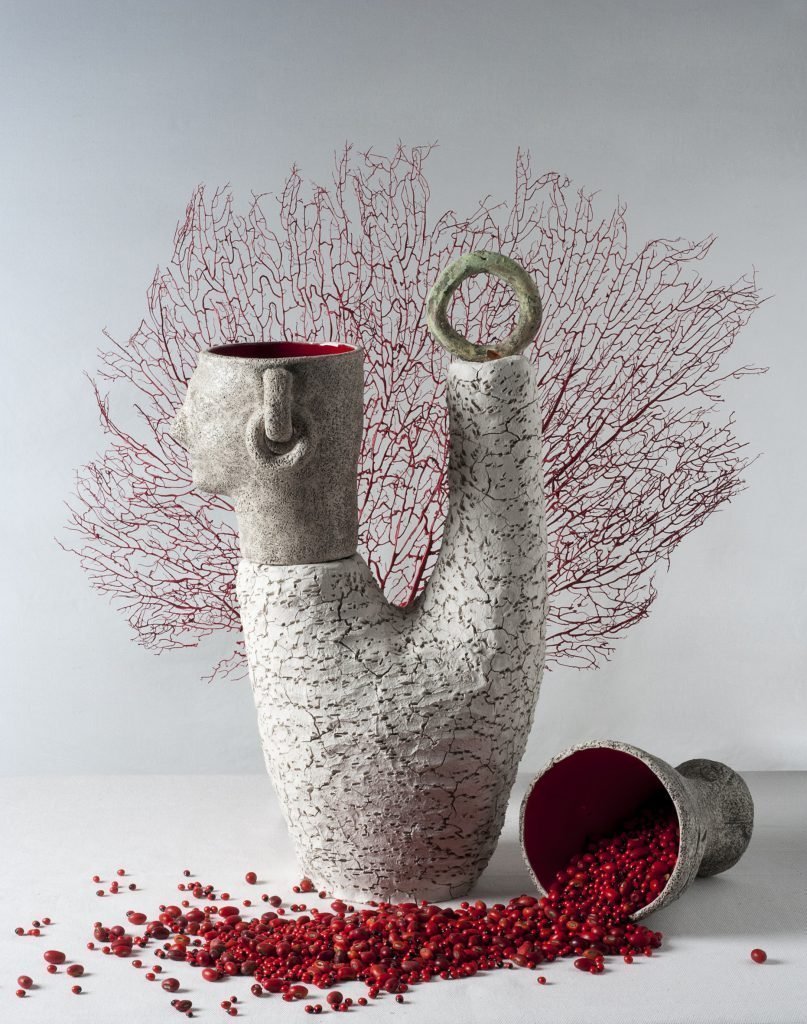 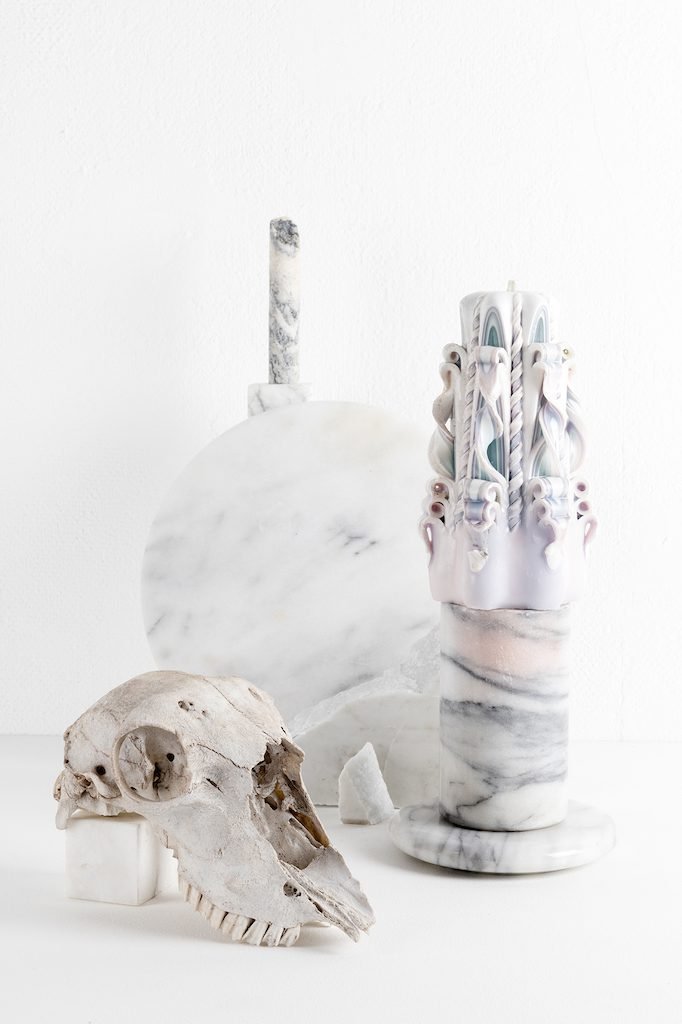 Red Bull Space Paris hosts the second exhibition of Stephane Margolis’ protean works, where floral arrangement, totem poles, still lives and Ikebana intersect. Margolis grew up in Hyeres in the South of France. From the 1850’s Hyeres was Europe’s exotic plant capital where yuccas, cacti, birds of paradise and mimosa thrive. Margolis studied under master gardeners in the 2000s and through them he was drawn towards the more intimate world of floral art, culminating in a four-year immersion into the Ikebana, the Japanese art that imbues flowers with humanity.

He draws inspiration from 50’s inspired pottery, he works with clay, gems and crystals framing varnished and painted inflorescences. His petrified plants are not dead they are animated by the process that froze them in time, think of a jungle hit by a sudden, freak ice storm.