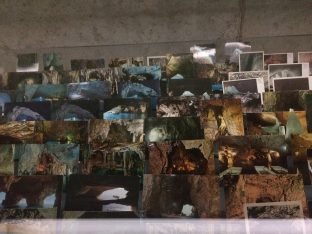 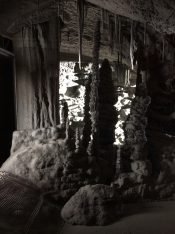 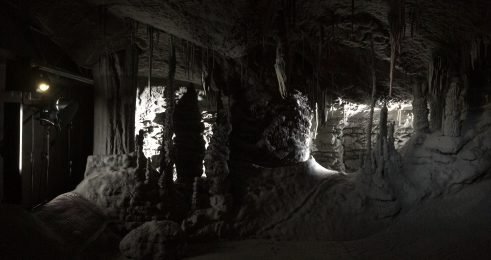 In 2006, in order to realize the photographic work Grotto, Thomas Demand used a post card as his starting point in recreating a grotto located on the island Maiorca, Employing 3D tons of grey cardboard, shaped with the help of a computer and laid out to form a stratification with 900,000 sections, the artist recreated the rock chamber, stalacites and stalagmites displayed on the postcard in order to photograph the work.

A characteristic element of Processo Grottesco is the use of virtual computer technology, which Demand employed for the first time ever to cut, following a 3D model, the various layers of cardboard used to create the three dimensional reconstruction. This is part of the permanent collection installed on the underground level of Fondazione Prada’s Cinema.