I have been remiss in my reporting duties here, but it’s been a busy, busy spring with too much work to do. A few weeks ago my close friends and Berlin-based artists Vaginal Davis and Susanne Sachsse were in town for the opening of the film version of their notorious performance piece “The Magic Flute” which was staged at 80WSE Gallery on Washington Square Park.

A very Dada-esque press conference for the film was held at the Goethe-Institut, moderated by Lia Gangitano of Participant Gallery and Cleofus Guenevere, who was a member of Vag’s legendary LA punk band, Black Fag. If you missed this press conference, all I can say is you missed an historic bit of performance art. Afterwards—fortified by many glasses of splendid German white wine—we floated over to the gallery for the opening party of “The Magic Flute” film.

And the magic didn’t stop there—the following night, Lia organized a party for Vag and Susanne in the enchanting and spacious garden home of artist Izhar Patkin. It was a spectacular setting featuring a transcendent Middle Eastern feast and a cast of characters that represented the luscious, lunatic fringe of the downtown performance art scene. 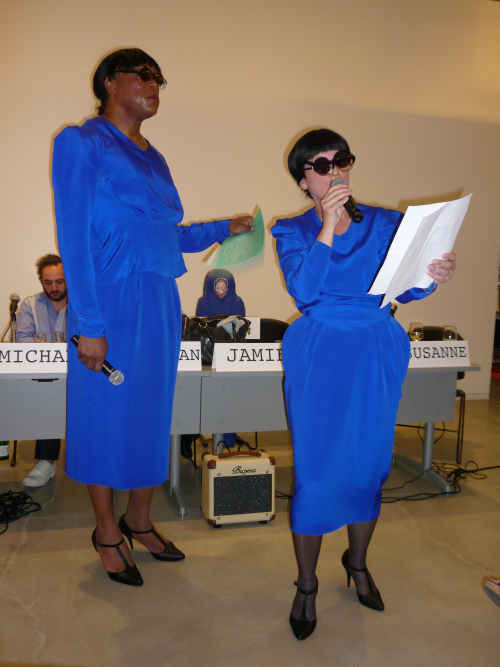 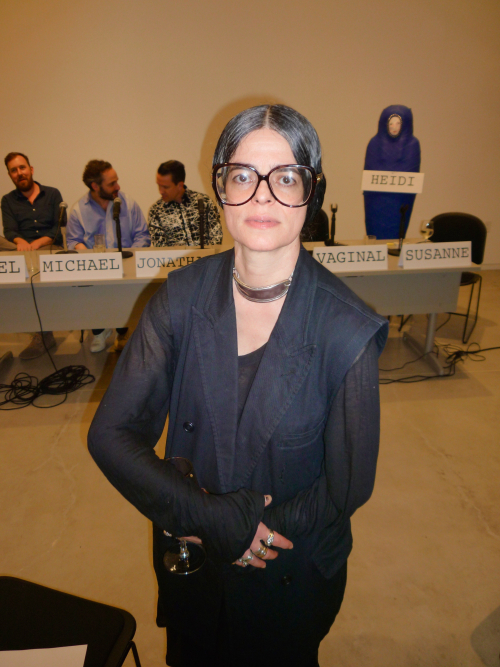 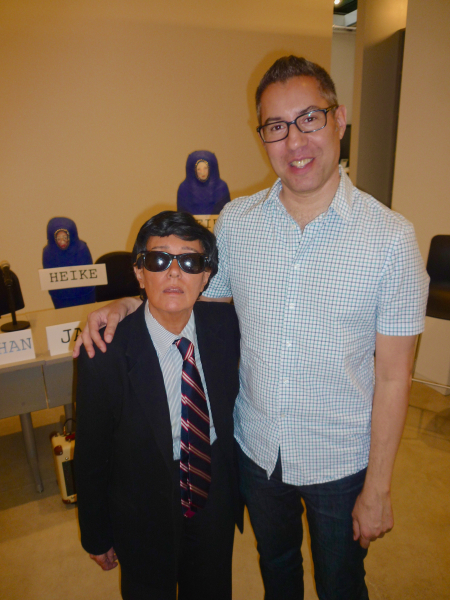 Mutt and Jeff: Cleofus Guenevere and me. 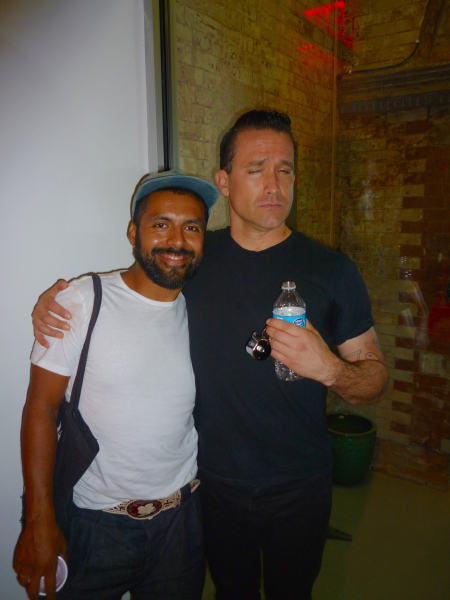 Jamie of the band Xiu Xiu (right) and friend. Xiu Xiu composed music for “The Magic Flute” and I had the pleasure of seeing them perform their interpretation of songs from “Twin Peaks” at the Crematorium in Berlin two months ago. 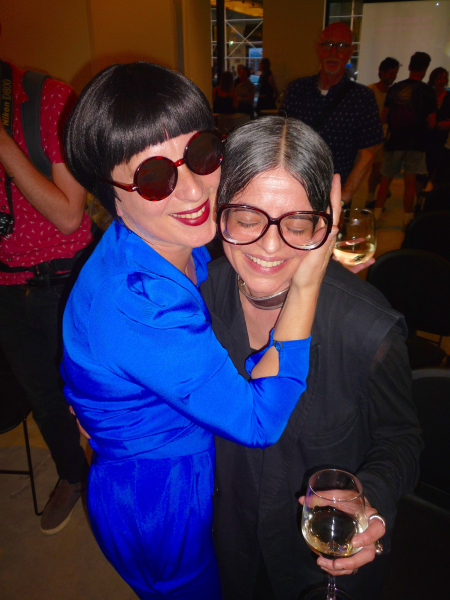 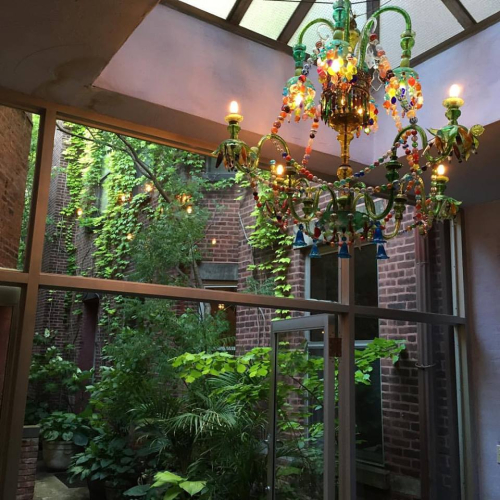 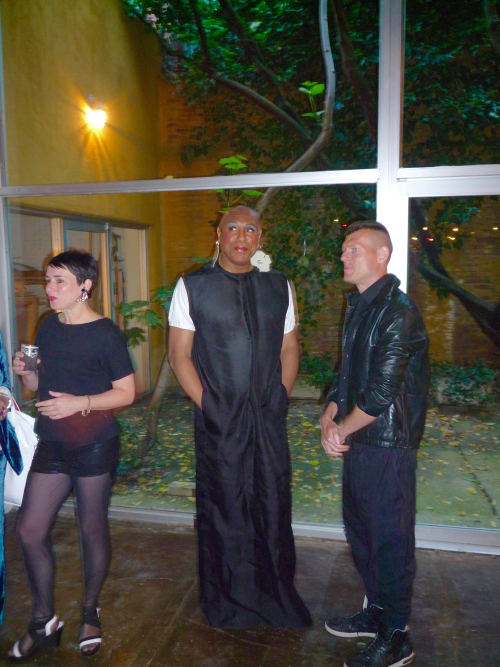 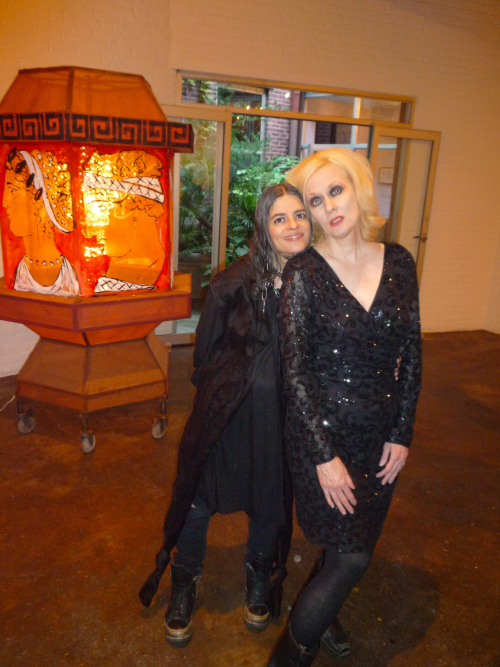 Lia with Marti Beaut. You might remember Marti as Marti Domination from the Jackie 60 days! 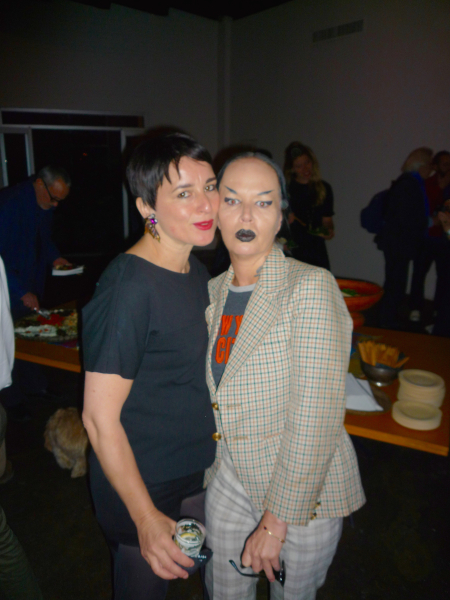 Susanne with her The Misandrists’ co-star Kembra Pfahler. (It’s a film by Bruce LaBruce, coming soon…) 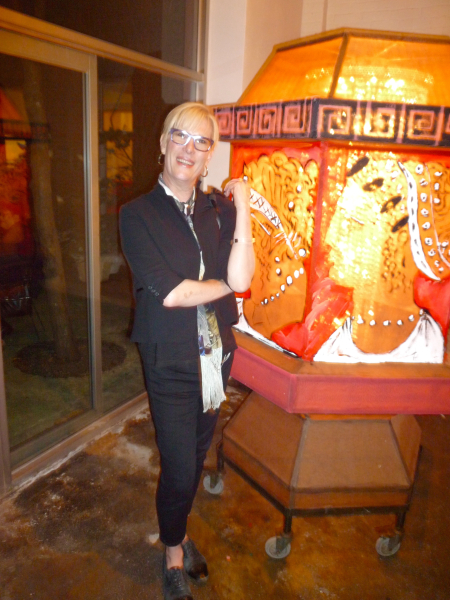 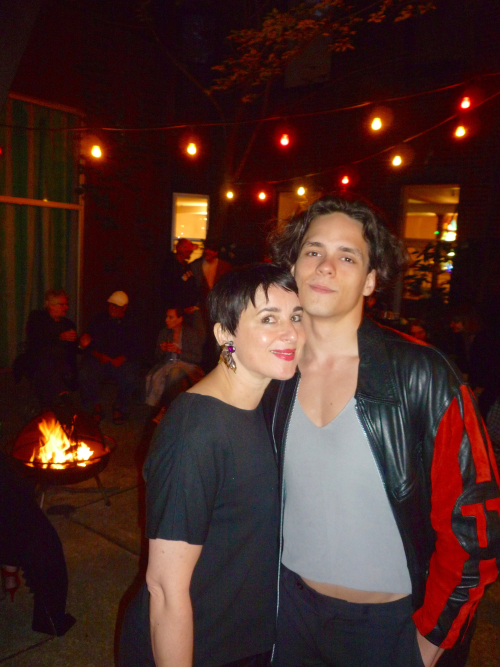 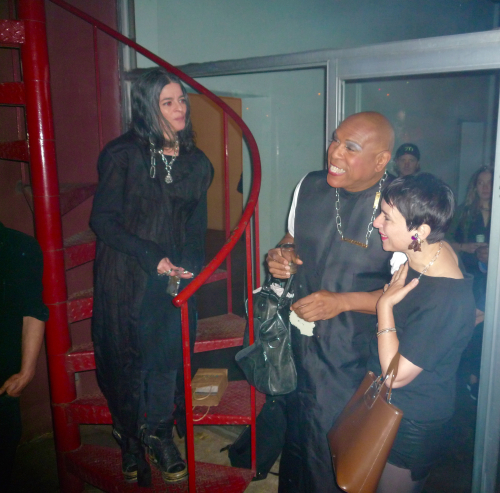 Staircase wit: Lia gave a lovely speech about the artists before the presenting of the jewelry.