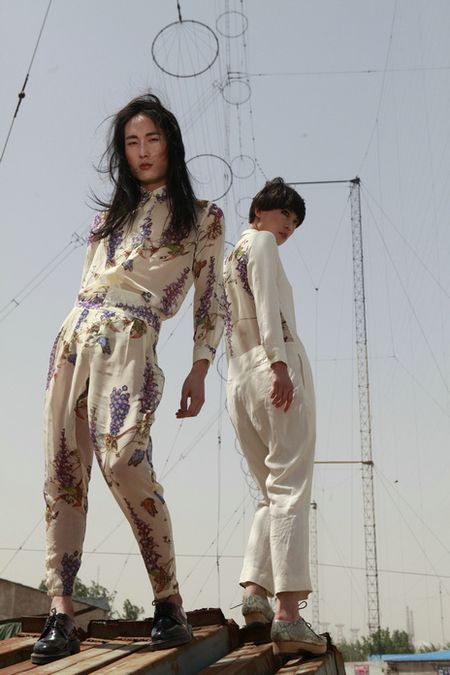 I'm getting ready for my "Around the World with Auntie Mame" September tour (Vienna/Berlin/Amsterdam/Beijing) and while I won't make it to Italy on this trip, I'm happy to report that Milan is the guest city at Beijing Design Week this year–so there will be a little Italiano a la Cina in the ancient-modern megalopolis.

Speaking of Italians in China, I am perpetually fascinated by Michelangelo Antonioni's foray into China, back in 1972, in the midst of the surreal Cultural Revolution. The Temple of Heaven in this clip conjures up some amusing memories for me. Last year I attended Beijing Design Week, to cover it for Diane and the Shaded Audience, and my friend Nancy Stout, the Cuban Revolution historian, met me there after her jaunt in Tokyo.

Aric Chen, the creative director of Beijing Design Week, had invited us to some cocktail art opening at the National Museum of China, which sits opposite the Great Hall of the People on the border of infamous Tiananmen Square. The building is a massive Stalinist structure, built in 1959, to commemorate the 10th anniversary of Mao's revolution. (It was two museums at the time, and the current museum was founded in 2003.) Our taxi driver dropped us off on the wrong side of the gigantic building (because we don't speak Mandarin) and it was impossible to navigate around on foot to wherever the entrance to the cocktail party was. We started walking in a direction that we thought would take us to the other side, or around Tiananmen Square, or…we weren't really sure. And China's notorious smog was as thick as pea soup that night, so it was difficult to breathe.

Nancy was decked out in a Mary Adams dress that reminded me of one of Jean Louis' gowns for Joan Crawford (it was black pique with a shocking-pink silk organza lining) and I was wearing my Raf Simons suit. We somehow got corralled into walking along a very long stretch bordered by a high wall (so, impossible to turn off anywhere) and because we were walking at a quick trot, we didn't notice that an hour or more had passed. Suddenly we found ourselves in an almost pitch-black park and when our eyesight adjusted, the scene in front of us was positively Lynchian.

Dozens, perhaps hundreds, of Chinese couples were waltzing to the tinny sounds of classical Chinese music and Beijing Opera jingles emanating from a beat-up old boombox. A group of wallflowers saw the way we were dressed and automatically assumed we were there to join the dance. I whipped out my map and an elderly man pointed to our location: The Temple of Heaven Park in southern Beijing–many miles away from the National Museum! (We were too sweaty and exhausted at this point to dance, so we hailed a cab and somehow told the driver to take us to the nearest cocktail lounge.)

So I am a bit relieved to be on the official junket for BJDW this year–it will be nice to be shuttled and escorted right to the door of each and every Stalinist shindig and Communist clambake that week. Here are a few previews of the planned projects and installations…. 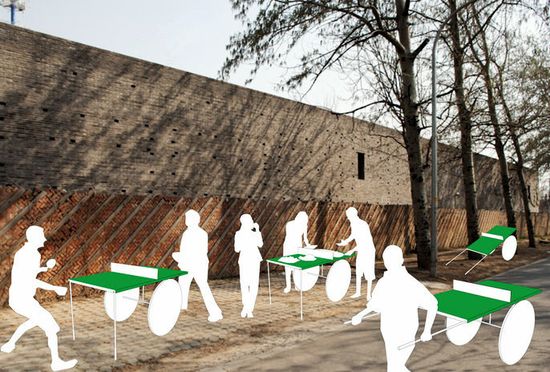 I love the idea for Interactive Urban Furniture because it sets out to compare and contrast Italy with China. From the BJDW newsletter:

On the occasion of the Beijing Design Week 2012 dotdotdot
is planning to develop a project on considerations about the city, the
neighborhood and its public spaces based on the relation between two
different cultures. An occasion to learn the potential of two comparing
countries: Italy and China. Central focus of this project will be the
urban public spaces in Cao Changdi Village which have become areas where
people not only can meet but are stimulated to socialize. Interactive
Urban Furniture is a pretest to preserve the time and emotion that lie
in the sociality of sharing.

The project is structured into two steps:
Design and production of a family of street furniture elements, inspired
by the games played in public spaces as suggested by the Chinese
culture, capable of triggering moments of interaction between people.
These elements, placed in different areas of Cao Changdi Village will
back up the public spaces when visitors of the Beijing Design Week will
stop to rest and relax.

Second aspect of the project is a one-week
workshop, open to students, designers, artists, architects who, with our
support, will develop interactive generative objects based on the main
theme. Participants will be able to do this using the latest
technologies such as Arduino, an opensource framework designed in Italy.
At the end of the workshop the best projects will be displayed in the
CCD: The Community spaces. 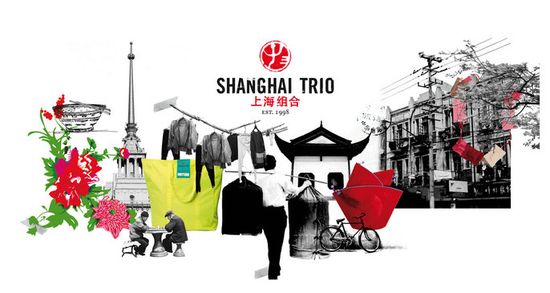 This sounds promising. From the BJDW newsletter:

As the Owner and Creative Director of Shanghai Trio,
Mrs. Virginie Fournier was highly inspired by the extraordinary skill
and ancient crafting techniques found in villages surrounding Shanghai;
she also realised how they were fast fading in the midst of China