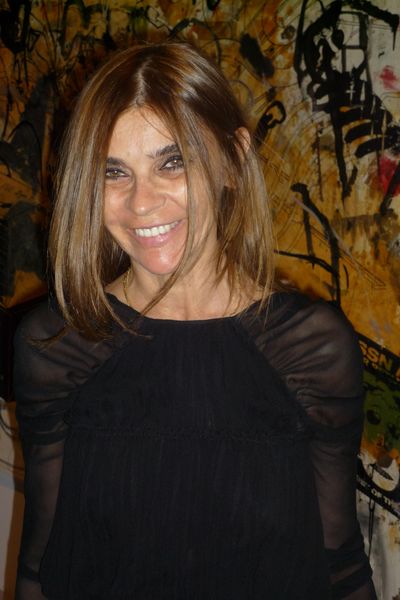 Last night was the New York opening of the show of new paintings and sculptures by Paris-based artist Nicolas Pol, presented by Vladimir Restoin Roitfeld in a warehouse in Soho. Of course Mama Carine was there and every socialite worth her salt. 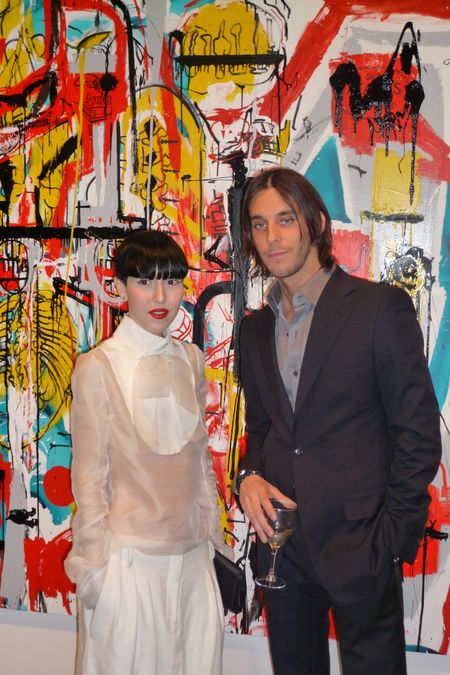 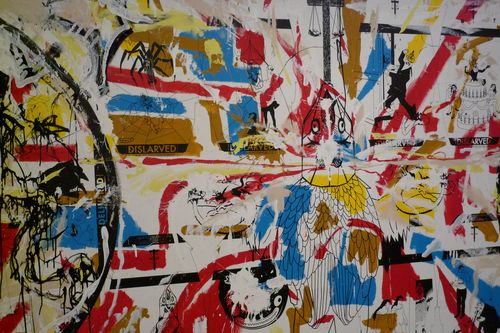 According to the show's notes, the title "Sick Atavus of the New Blood" is about "the morbidity and violence that undergirds every one of Pol's rough strokes. Yet it also belies a technological paranoia, both in the sci-fi reference of 'Atavus' and….the 'new blood' that springs forth." 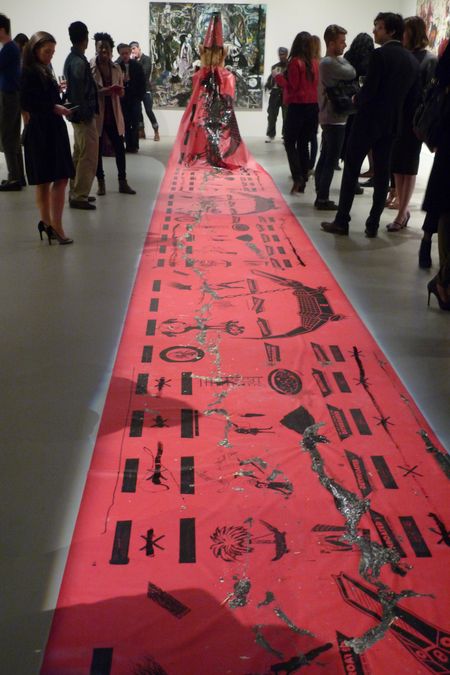 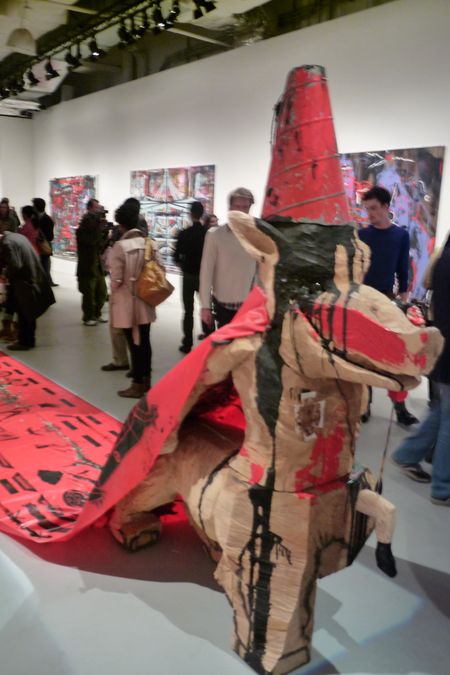 …worn by some kind of donkey-pig monster. Something to dress up that unused ballroom in your apartment.

Pol calls his canvases a "punk laboratory" with references to Klee, Cronenberg, "the martyrdom of Michael Jackson" (which you would think would be the domain of Jeff Koons, but go for it Nicolas), "mopeds zipping through Parisian traffic," Goya, Marvel comics, Vienna Actionists, Brillo Boxes, "stinking cheese," and Poisson. 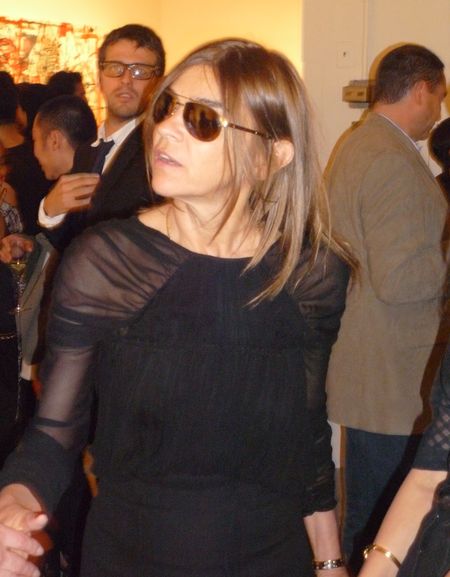 My friend and date Joselle Yokogawa who has a great blog called Josie's House of Style. She's very excited about her holiday in Paris which starts next week. 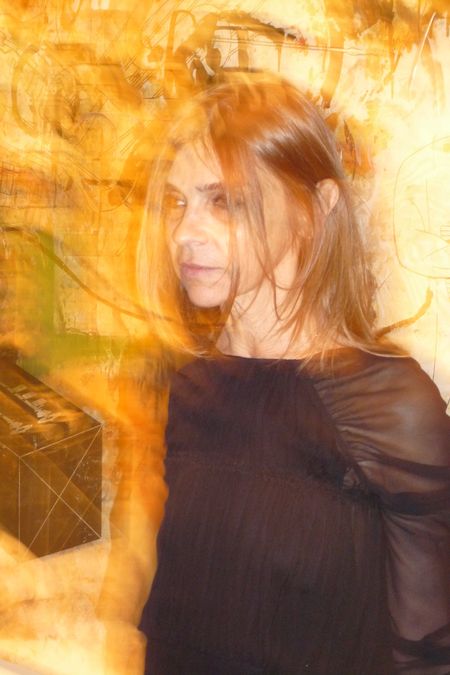 Night Gallery (paging Rod Serling): My flash created the illusion that Carine was dissolving into one of Pol's paintings