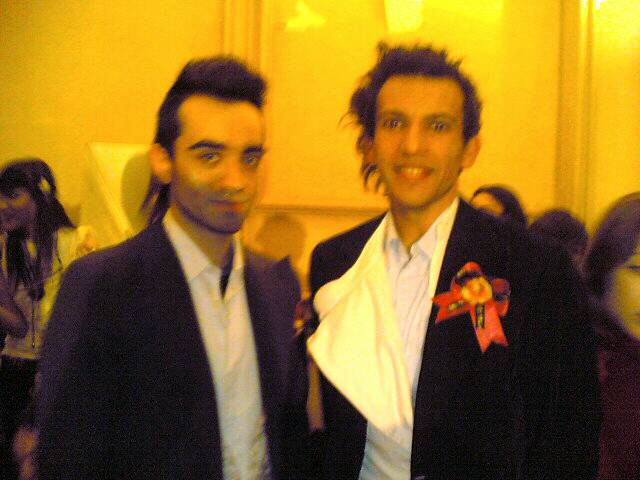 Mon 23/01/2006 20:42 DianePERNET(1048)
I went to the last show of the day with Marie France from la-couture.com. We arrived so late that our seats were long gone and in fact the moment that we walked in, the show began. It was an exercise in the corset. After the show I asked the 2 designers if they were like the Portuguese Westwood, their response was that they were very interested in history. Fairy tales too.