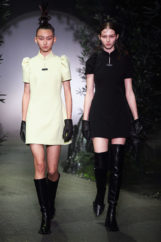 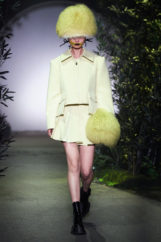 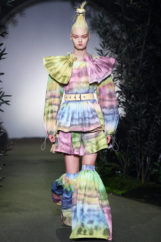 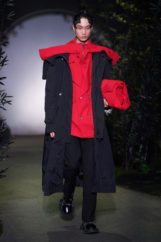 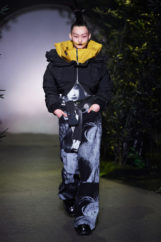 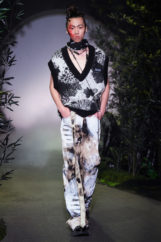 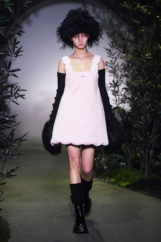 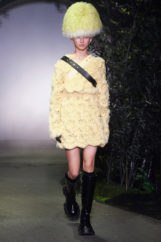 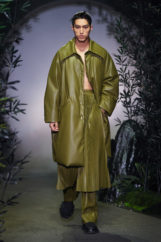 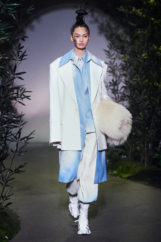 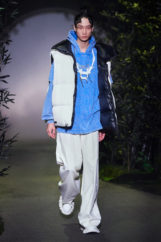 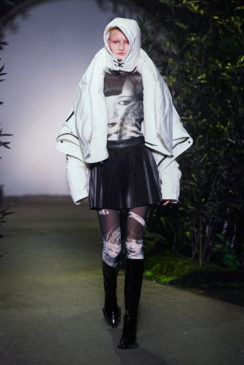 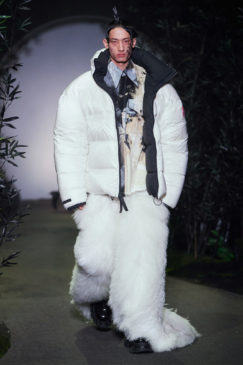 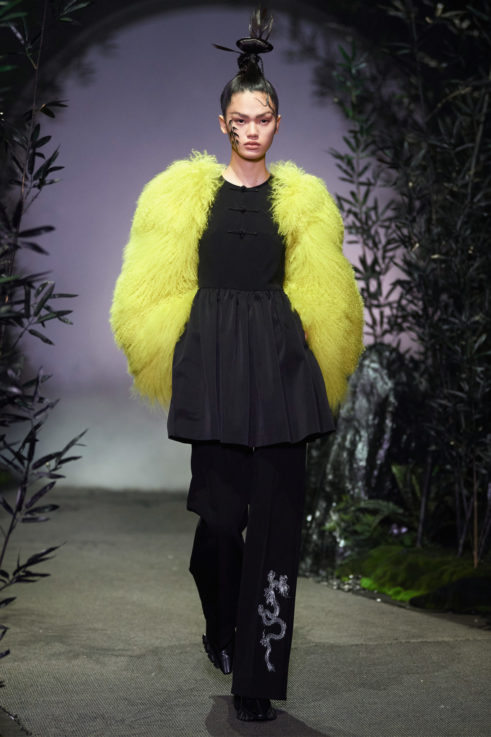 I met the designer Angel Chen in 2016 when ASVOFF was screening in Shanghai. Her “Dragon Lady” inspired collection is a double-edged sword. The actress Anna May Wong plays a powerful and domineering answer to adversity, the stereotype became somehow derogatory. As the first Chinese American Hollywood actress, Wong struggled to free herself from the stereotypes the world projected on her. It earned her the nickname of Dragon Lady but allowed generations of Asian women after her to rise: They are the Daughters of the Dragon.

At a time where Asians, and specifically Asian women, have been the target of heinous attacks, representation, and empowering the Asian community through its own culture, matters. With her Fall/Winter 2021 collection, ANGEL CHEN pays homage to one that paved the way and celebrates her champions.

ANGEL CHEN, playing with this antinomy, celebrates Anna May’s strengths: her career with prints reminiscent of classic black and white movie imagery (more specifically from the movie “Daughter of the Dragon”), her seductive beauty with PU leather and her fighting nature with denim undergone tinting, laser fading, washing, and aging. All the while spotlighting the tenderness she allowed her successors to express with mesmerising mohair, wool, angora mixed yarn, hand crochet and tie-dyes in a color palette of pinks, yellows, powder blues and light purples. Using more antinomic layers, and with the use of an exclusively developed Ikat fabric, Angel Chen tells a story of tenderness fighting its way through harshness.

Angel Chen has made a name for herself by fusing East and West, depth and lightness, audacious and demure. Her latest collection celebrates a woman’s ability to turn strength and tenderness into complimentary weapons.

Angel launched her brand in 2014 and has been showing her brand on the official Milan Fashion Week calendar since 2017. Since then she has done many collaborations with brands such as H & M, adidas Originals, M.A.C., McDonald’s, Canada Goose and was listed on Forbes’ “30 under 30”. In 2017 she was included in the BOF 500. I was happy that we were sharing a table together in New York at the BOF Gala. She graduated from Central Saint Martin in 2014 and in 2020 was a finalist for the International Woolmark Prize and participated in Netflix’s “Next in Fashion”.

Angel Chen is part of the new wave of young Chinese Brands making their mark globally.