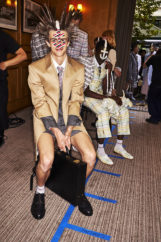 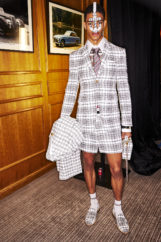 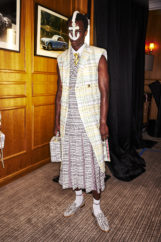 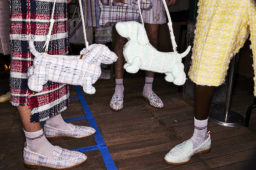 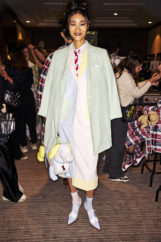 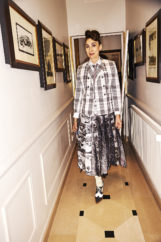 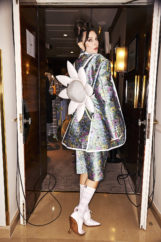 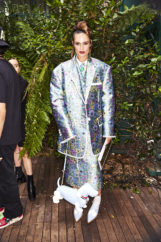 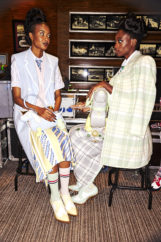 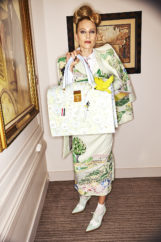 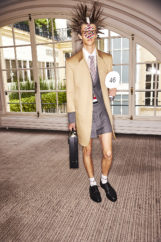 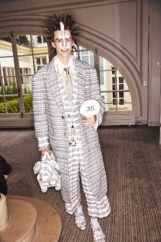 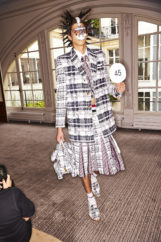 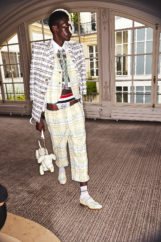 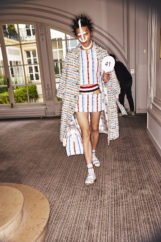 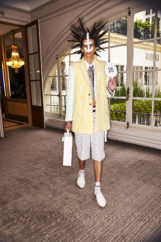 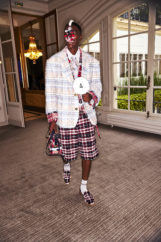 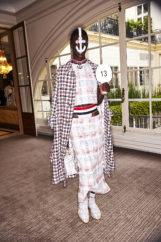 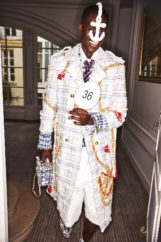 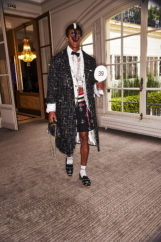 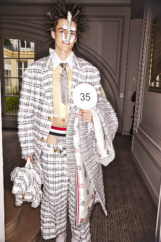 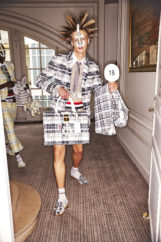 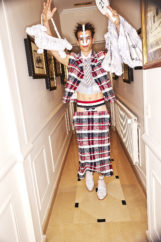 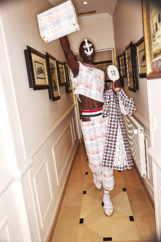 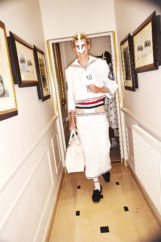 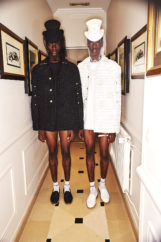 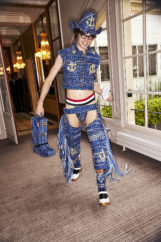 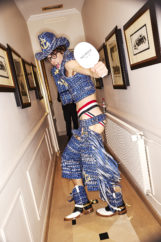 Walking in to the Thom Browne show I was talking to my friend Klaus Stockhausen and we were saying this is the very first Thom Browne show we ever attended without a set. It did not take too long to understand why, the show was staged like a 1950’s Paris catwalk with the models coming out with the number of their look on a paddle. It was men in suits, a bit Chanel like, lots of legs, bare torsos and the must have Thom Browne underwear. Men in skirts, a few in bras, textiles that were outrageous and pure luxury. The soundscape was a riot and the rodeo cowboy at the end had us all roar with laughter. Sonny took such great photos that I could hardly make an edit, the pictures say it all.

Welcome back Thom, we missed you.