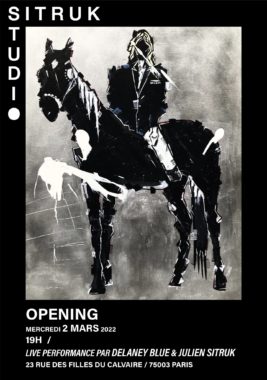 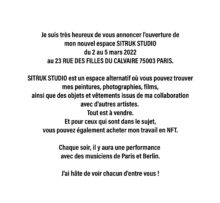 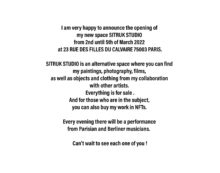 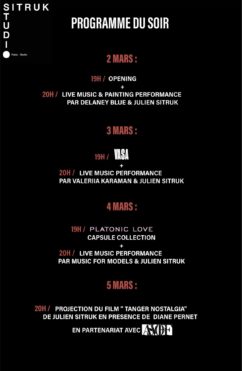 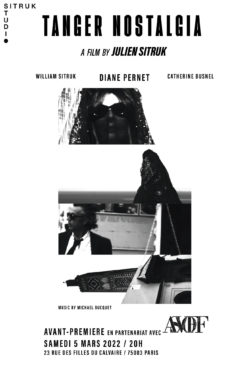 I met the artist/photographer, Julien Sitruk, when he was 16 and had painted a poster for one of the films projected at  ASVOFF Centre Pompidou. Sitruk is about to turn 23, very ambitious, and during Paris Fashion Week he has set up a new space SITRUK STUDIO where he will exhibit his paintings, photographs, films as well as objects created in collaboration with other artists. Everything is for sale.

Every night there will be a performance with Parisian and Berliner musicians.

March 5th is the closing event which will include a screening of a short film, Tanger Nostalgia, in collaboration with ASVOFF.