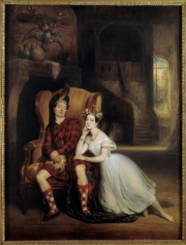 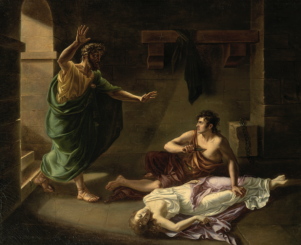 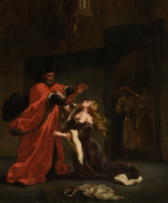 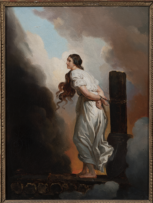 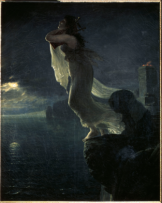 Who are the heroines of Romanticism and how are they represented in the arts in the 19th
century?  Through a selection of some one hundred works – paintings, sculptures, manuscripts and art objects – the
the exhibition invites the public to discover heroines revisited or invented by Romanticism
Heroines of the past, Heroines of fiction and Heroines on stage. This three-part tour
links between the fine arts, literature and the performing arts, which played a major role in the 19th century.
play a major role in the dissemination of a female heroism with tragic overtones.
tragic accents.
Sappho, Joan of Arc, Marie Stuart, Heloise, Juliet, Ophelia or Atala: these women,
whose dramatic stories are well known, anchor a certain vision of the feminine in the collective imagination of the time a certain vision of the feminine. In the fine arts, as in literature and music, the Romantic heroine experiences strong passions, despair and melancholy, loves and and dies of love. Romantic artists, driven by a taste for drama, use these exceptional destinies as subjects for these exceptional destinies as subjects for their compositions.

Selected works by Eugène Delacroix, Anne-Louis Girodet, Théodore Chassériau, Antoine-Jean Gros, Léon Cogniet or Léopold Burthe, Most of the works in the exhibition feature these diaphanous and fragile women, stripped naked and resigned to an inescapable fate. Although the work of the period was mainly by male artists, the exhibition also focuses on 19th century women who portrayed heroines in their works. The artists Marie d’Orléans, Félicie de Fauveau, Frédérique O’Connell, the writers Madame de Staël and George Sand, and the performers Harriet Smithson, Rachel and Mademoiselle Mars, who brought the great female roles of the period to the stage, are thus honoured.

By taking up this little-explored subject, the exhibition questions the way women were viewed by the Romantic movement, in a society that left them little room. This selection of works is enriched by a mediation aimed at the family and school public, sound content bringing to life texts from the period, and an audiovisual projection that questions the contemporary posterity of these heroines. A rich cultural programme accompanies the exhibition: a podcast on the function played by these representations, produced in partnership with Julie Beauzac – creator of podcasts on the history of art -, a series of concerts by Romantic women composers offered by the Conservatoire à rayonnement régional de Paris, and a concert by Chloé Mons and Hélène Singer entitled “Désirs et mythologies féminines”.

In the form of a collective work with thematic entries, the catalogue that accompanies the exhibition develops a multidisciplinary perspective that questions the representations of Romantic heroines by combining history and art history.