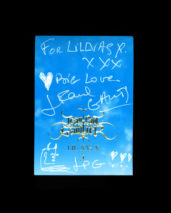 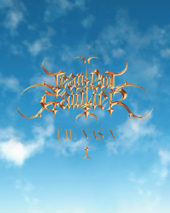 Super stars unite in a pop culture moment. Jean Paul Gaultier and Lil Nas X collaborate on a limited edition capsule collection limited to 666 pieces syncing it with the release of “Montero”. The focus of the collection is on JPG’s cult-classic second-skin mesh top that merges Lil Nas X’s gothic-glamour with the tongue-in-cheek extravagance and gender-ambiguous silhouettes of JPG. The mesh top was first introduced in 1994 and found its way back into 2021’s zeitgeist. The top’s colour palette borrows from the mythological visual language- an unapologetic queer expression, creativity and self-acceptance.

One of the first openly gay designers, Jean-Paul Gaultier (who is the originator of the man-skirt) introduced a heady note of punk transgressions into the classicism that defined 20th-century Parisian fashion, simultaneously shocking and receiving praise—a similarity he shares with Lil Nas X.

Counting some of the music world’s greatest visionaries among his circle, Jean-Paul famously collaborated with Madonna, Björk and Beth Ditto. JPG now taps into subversive and genre-defying Lil Nas X for its latest drop.

A generation-defining global pioneer—and the epitome of Gen Z— Lil Nas X represents the true colours of JPG’s spirit, with radical freedom of expression held as the thing he values the most.

The individually numbered edition limited to 666 pieces is on sale exclusively on the online pop-up Jean Paul Gaultier Lil Nas X at 333€ from Monday September 20th at 6PM.

will be available online Monday, September 20, 2021, at lilnasx.jeanpaulgaultier.com