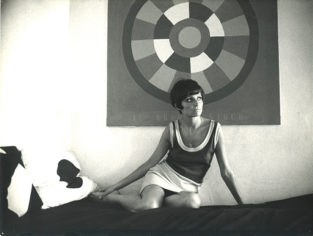 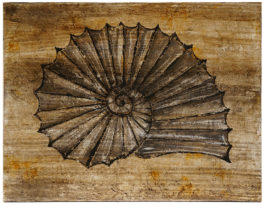 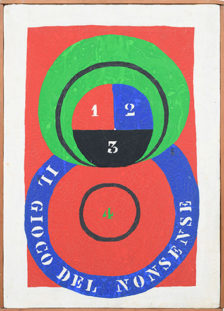 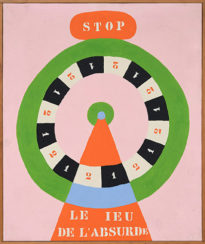 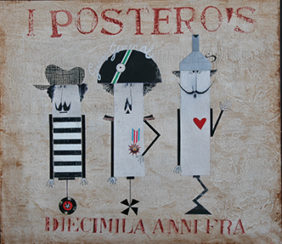 A game involves deconstructing reality and everyday objects in order to give them a new meaning, transfiguring them in the world of art. “The Great Game” is the title of a work of art created by the artist Anna Paparatti in 1965. It is a game that refers to the art and life of that group of artists who radically changed the way of thinking, perceiving and experiencing art in Rome in the 1960s and 1970s. A new world, reinvented through a plurality of languages and techniques that, in ironic and provocative terms, questions the superstructures of the present in order to rediscover the evocative power of memory and myth. It shows Pino Pascali and Anna Paparatti fooling around in the courtyard of the artist’s studio in Boccea in 1965, experimenting with the toy weapons created by Pascali. Initially it focuses on the emotional feelings that the use of these weapons arouse and ends with an improvised performance in which Pascali makes Paparatti wear his father’s gun. In short, these are the emblems of this playful dimension. The spontaneous and playful yet profoundly subversive feeling of these actions offers a free interpretation of the object in its plurality of meanings, as a divergence of the artist’s self-expression.

The exhibition reconstructs the plots of these “games” of existence through documents, memories and works of art. Anna Paparatti’s hidden and somewhat intimate perception offers a new, philosophical and emotional interpretation, represented by her photographic archive, displayed for the first time after its permanence at the Lungotevere dei Mellini house. Paparatti was, in fact, one of the few female artists recognized in Rome in the early 1960s. After attending a course on set design at the Academy of Fine Arts in Rome, she divided her time between painting and the performing arts until meeting Fabio Sargentini, who later became her companion of 20 years, and with whom she shared the incredible adventure of the L’Attico gallery. Her feminine and rebellious energy, her beauty, her tribal shaman-like clothes and her free-spiritedness, all triggered an artistic short circuit that not only created indissoluble bonds but also disruptions, in a process of metamorphic detachment from bourgeois conventions, which influenced the cultural experience of those years.

One of her tools of expression was her style, her way of dressing. Regardless of whether these were silk dresses from the 1920s or 1930s unearthed in Porta Portese, or the oriental-style tunics that enveloped her sensually during either her performances or on social occasions, she immediately sensed their evocative, magical and ritual power. Dress sense became a natural medium for Anna, the transfer of a maieutic process revealing her artistic ego, an essential tool in performative projects as a means of transformation and escapism. To reduce all this to the mere experience of the hippie counter-culture of those years – of which Anna was probably one of the first exponents in Rome – with the idea of fashion as an expression of rebellion, is perhaps not enough. Apropos of her friend Pino Pascali and this process of revelation, in her memoir “Arte-Vita” she herself notes “By this point Pino had his own look, he finally looked like himself. He freely sported his dark curls, he wore black trousers, a black shirt and Indian-style sandals. In addition to wearing an Indian scarf around his neck, he always wore a necklace. In particular, I remember the one made of fake amber. He told me that he borrowed necklaces from his mother.”1 And it was precisely like this, in that fatal coincidence of appearing as you are, that Ugo Mulas portrayed Pascali for “L’Uomo Vogue” in 1968.

Together with Pascali, Anna experienced Julian Beck and Judith Malina’s Living Theatre. In addition to joining the company and participating in its Italian performances, she also made the wardrobe that she had used for “Mysteries and Smaller Pieces” available to the company in 1965 at the Theatre of the Satyrs. When Anna wore the dress featuring a large daisy which Jannis Kounellis and his wife Efi had designed for

her, and which they asked her to wear and walk around in during the inauguration of Kounellis’s personal exhibition in 1966 at the La Tartaruga gallery, Anna became a work of living art. Pascali made her a necklace, using a miniature reproduction of a cannon and a piece of wire. In an instant, toy weapons, which would become icons in the history of art – were transformed into jewelry. Piece by piece, like a film that is reassembled, Paparatti’s photo album mirrored the image of an electric, free and unconventional Rome, which also made an impact due to the style of its star players including Maria Pioppi, Simone Forti, Fabio Sargentini, Philip Glass and Richard Serra. A city that suddenly became cosmopolitan, trendy and exciting. A city where anything could and did happen, with happenings and events that evoked either Swinging London or Ibiza during those years.

In the experimental, theatrical and performative dimension of the Attico gallery, Anna participated in artistic activities that would mark an era. She created sets and designed posters. She was a tireless, cultural facilitator who collaborated in the design of those festivals that would bring the best of the international creative and music scene to Rome. The photographs show her during “Ginnastica Mentale” in 1968, the “Danza Musica Volo Dinamite” festival in 1969 and the “Music and Dance U.S.A.” in 1972. Her performance, “The Music Room” was an act of sharing. An event that involved inviting artists and musicians to participate in a tea ritual while listening to rare recordings of Indian music. During her creative path, which always co-existed with her existential one, the discovery of Tantric art proved to be an epiphany. It all started during a visit to Luisa Laureati’s Galleria dell’Oca when she came upon ‘Tantra Art’, the cult book of the time by Mookerjee Ajit, which marked a radical change both in terms of experience and modus operandi. The exhibition starts with her last work, an installation of eighteen Mandalas which represent the seamless illumination of the cosmic game, embodying the past and the future, the male and female, a temporal synthesis of opposite forces. Her spiritual and meditative research through sacred geometries and symbols of the infinite painted in tempera, encompasses the age-old heritage linked to the Tantric philosophy regarding female energy, as a free and indomitable force, a transfiguration of the idea of the sacred feminine. The artist seems to embody the values of the divine acts of Sakti, the Tantric goddess to whom the Kamakhya temple in Assam is dedicated. The goddess whose reflection is perpetuated in women as agents of illumination and sources of enormous power. The idea of the geometric decomposition of these mystical diagrams, the intense evocative impact and the use of irony and provocation, are all elements that we find – going backwards in a time space continuum – in “The Game of Nonsense, “Le Ieu de L’Absurde ” (her two paintings on antique canvases), “Il Gioco del Rosa”, painted in 1965, and a visual poem on paper (1966), in which the word game is repeated, like a mantra, in cathartic reiteration.

The recovery of ancestral, shamanic energy, the idea of a spirituality that spreads from the material object, bind her to her fraternal friend Pino Pascali, from the years of training in the Academy to the sharing of the performative procedure – of “artistic games” as they call them – including the action that he stages with the help of Anna in the courtyard of the Rocca Sinibalda Castle, for the Living Theater.

For Pascali, the component of the Game stems from his own ability and skill as a set designer for television and from the idea of building an ephemeral and seductive mass media image. The work conducted on TV animation served as a testing ground to experiment with textures, to question the notions of volume, perception and formal synthesis. In a monograph focusing on the cognitive and creative aspects of infancy, dedicated to the artist in 2010, Anna D’Elia writes: “The game morphs from cognitive and immoral practice to one of camouflage that transforms the artist into a wild, peasant-like shaman, a divine child. The game as an instrument of his becoming something else. After transforming materials and objects, he wants to transform himself. “2

The exhibition features several works from Pascali’s early period of production. These range from drawings and panel paintings from the “Totem” series, where he experiences the energy and strength of the mystical concept of the tribal idol, to the works created for the interlude of the “Posteros”. In this instance, the comical

characters are endowed with shamanic characteristics and tools that anticipate his future works. Likewise the paintings related to the theme of the sea and the whale, a mythological figure and an aspect of the beyond, already show that absolute, timeless tension, in which the archetype coexists with a pure and unsettling demiurgic act.

The dialogue between Pascali and Paparatti is contextualized by the work of two other artists, thus serving as evidence of the web of relationships, knowledge, sharing and, at times, even disputes. The exhibition showcases an extraordinary work of art by Renato Mambor which seems to evoke a symbolic encounter, an embrace that represents the essence of affection, love and friendship that sealed and secured these relationships. Apropos of her being perceived as a free, unconventional woman, in her book, Paparatti refers to an anecdote about Mambor. “Anna, I wanted to ask you something. I’m working on paintings featuring female silhouettes, so I need the photographs of a nude girl, would you pose for me? “ Forgive me, but why don’t you ask Paola Pitagora? She is such a beautiful girl!. ” “Ah no, she is my girlfriend! I’m asking you because you are a free woman.“ “Excuse me, Mambor, but what exactly do you mean by a free woman? You’re telling me I’m a whore ”3.

He ends the exhibition with a subtle, elegant game, in which the ancestral and infantile aspect becomes a dramatic action like an internal wound, an unpublished work by Cy Twombly. Paparatti and Twombly were bound by a deep friendship, a friendship that developed because they were neighbours, both living in Piazza dei Ricci, in one of the first Roman houses where Anna had lived. She herself says: “He called me from the window – Annaa- with his American accent and came to my house to have his long messy hair styled because he didn’t want a barber to touch his hair.”4