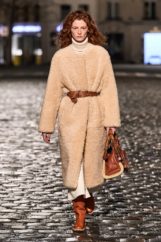 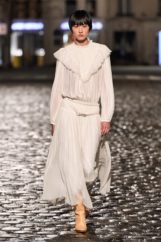 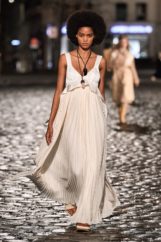 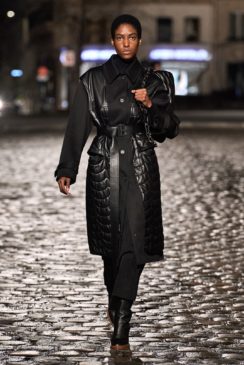 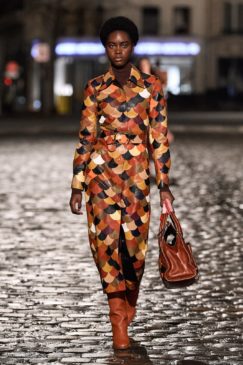 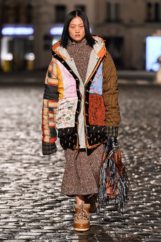 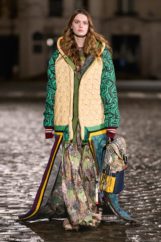 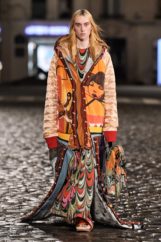 It has been exactly 100 years since the birth of Chloé’s founder Gaby Aghion and today Creative Director Gabriela Hearst dedicates the debut of her first collection to her.

Chloé, which means “blooming” in Greek is most well-known for its tailored feminine suits, chiffon dresses and scallop detailing garments. The story of Chloé began when Gaby Aghion moved to Paris from Egypt, realising that people who could not afford to wear haute couture had very few options. Hence, Chloé rose to success for being the first luxury ready-to-wear brand in the market and today its legacy is being carried forward by Gabriela Hearst who aims to make the French house environmentally and socially sustainable.

“From Gaby to Gabi, two ambitious women interpreting femininity in the context of their time. And from Gabi to Gaby, the reassurance that, “Your House is in good hands.” When Chloé’s founder began presenting her earliest collections, she invited guests to Left Bank locales such Café de Flore and Brasserie Lipp. These establishments pulsed with ideas birthed by artists and intellectuals, by radicals and bon vivants. Then as now, people were planting seeds of change.” read the show notes.

For her debut, the Creative Director revived Chloé’s bohemian feminine essence in ponchos and knitwear dresses made from recycled cashmere yarns, patchwork coats, scallop detailed dresses and leather trench coats decorated in petals. This season also featured the Edith bag which was made from repurposed and leftover materials, the first luxury bag Hearst had ever bought and wanted to pay an homage to. A colorful and positive start for Hearst’s journey at the French house, as this was a collection of functional yet beautifully feminine garments many women will love to have.

For Hearst, in order to pursue her eco-minded approach at Chloé, she explained in an interview that she eliminated the use of all polyester and viscose fabrics from the brand and instead focused on sourcing recycled, reused materials and organic denim. For this season, it was revealed that 80% of the cashmere used was recycled, 50% of the silk was organically produced and 20% of the collection was being manufactured by World Fair Trade Organisation fair trade-guaranteed members.

In an interview prior to the show, Hearst also revealed that the leftover fabrics from the brand were given to the Sheltersuit Foundation, a nonprofit organisation founded by designer Bas Timmer which provide shelter to the homeless, as well as using repurposed materials to create sleeping bags and wind/waterproof jackets. “This is a project I was really looking forward to developing at Chloé, as it gives me the energy that comes from meaning and purpose. It grounds me in the reality that others are living today,” explained Hearst in an interview.