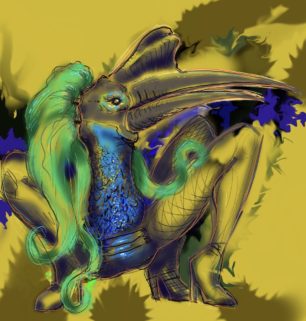 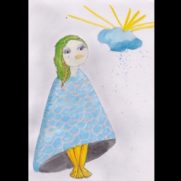 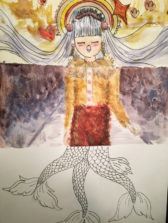 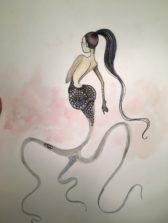 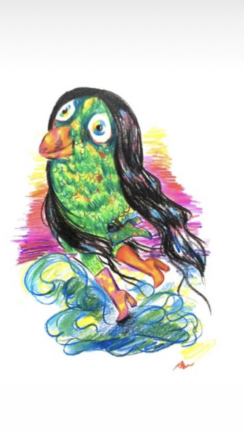 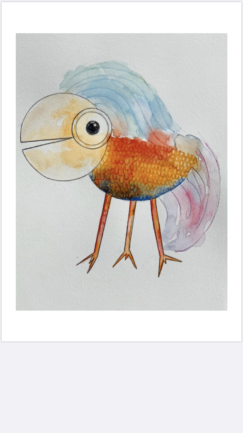 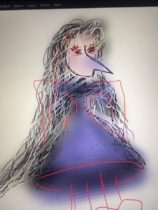 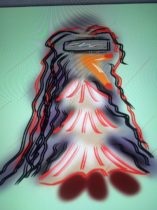 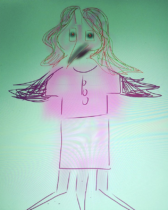 So, keep in mind: long hair, a beak, 3 legs and scales from the neck down.