This fashion decade culminates starting today through the voices of three of the most remarkable leaders of the creative parliament of Paris. Running through Sunday, a résumé of their final impact is the least we can expect from this fashion week which is like an imaginary summit delivering the triumvirate of designers’ agreement from the republic on behalf of all of us. 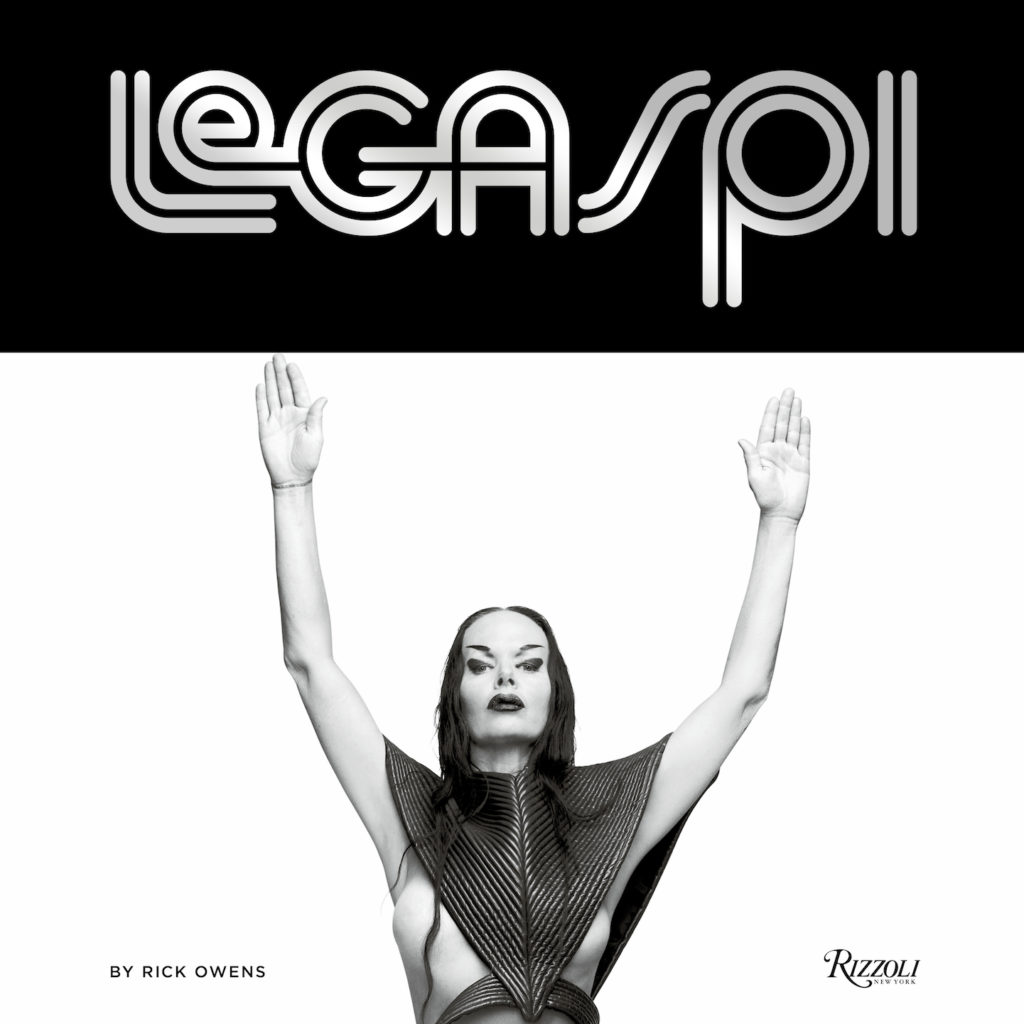 In the upper house, we have Rick Owens and Kei Ninomiya’s Noir under the Comme des Garçons umbrella. It is worth mentioning the stunning ramifications of all of CDG lines during the last ten years and, on the Belgium front, Glenn Martens and his Y/Project. These are indisputably the three powers to transfer into 2020, and we are all waiting enthusiastically to escort them in.

In the lower house, Germany, South Korea and Argentina (just to name a few) merchandize their visions by importing continuous ideas each season. New designers are responsible for bringing frontal disputes into fashion’s very own establishment– and that is certainly happening (something I consider very attractive)! Without these upper and lower houses, Paris would be rather boring, to say the least.

With delegates from more countries than in the Exposition Universelle of 1889, designers from all over the world have come to Paris in the last ten years and have transformed their Parisian subsidiaries into French limited companies. This has happened not only for exposure, but also to fully expand the tentacles responsible for delivering excellent press and commercial services. Under the strict guidelines of the Fédération de la Haute Couture et de la Mode it has thus far been quite successful. Consequently, relocating has created a financial understanding between foreign designers and the local organizations, which has also led to the fully integrated and incredibly complex system that fashion week is today. No matter where you come from, vous êtes bienvenus a Paggi! 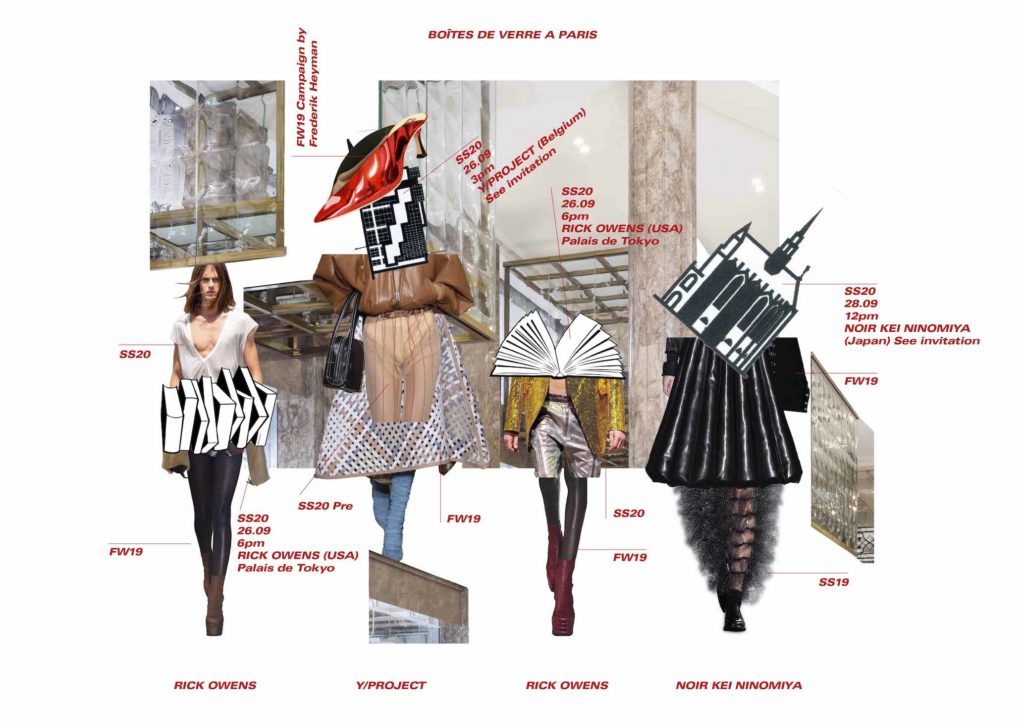 And what about in the real house? Retail has made a tremendous shift following Colette’s legacy that was delivered almost two years ago, leaving us all flabbergasted. The door at 213 Rue Saint-Honoré closed its doors forever in December 2017 and with it went the white cube that had connected us all during previous fashion weeks. Now where would we go? 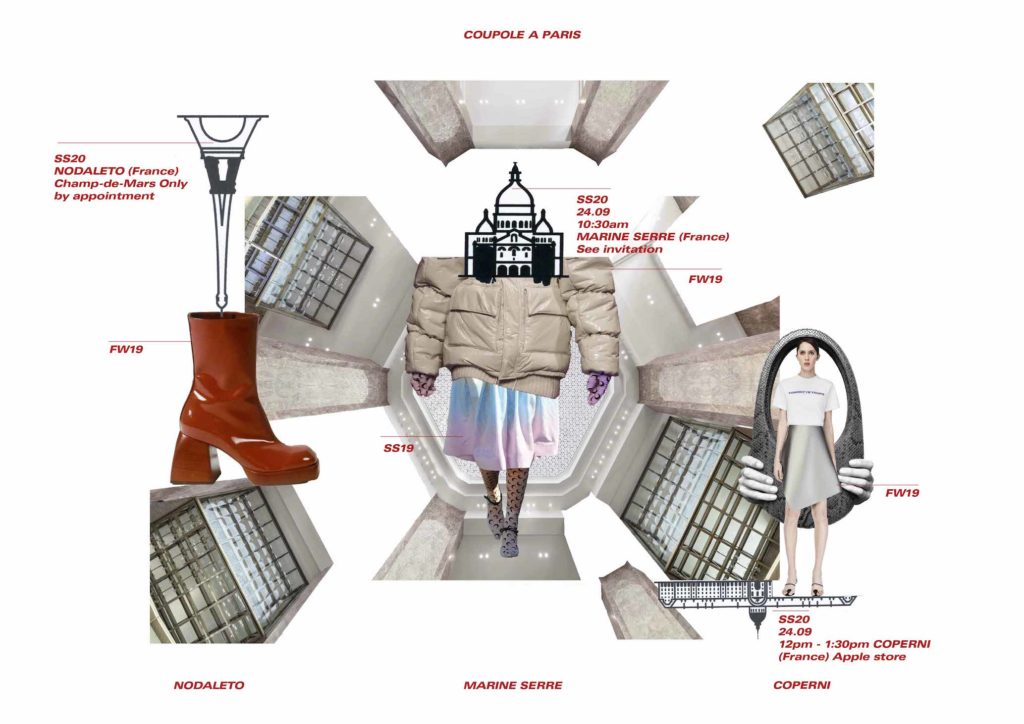 But Paris was prepared for the following challenge. Within thirteen months a monumental building was created to make the most progressive collections niche, accompanying and supplying itself from the assortment of things that fashion weeks tend to deliver. Suddenly, everything was physically available year round for all visitors. Galeries Lafayette Champs-Élysées opened its doors last March at 60 Av. des Champs-Élysées with all the grand pomp and ceremony of Quatorze Juillet’s festivities. We are definitely taking this bonbon department store into the new decade! 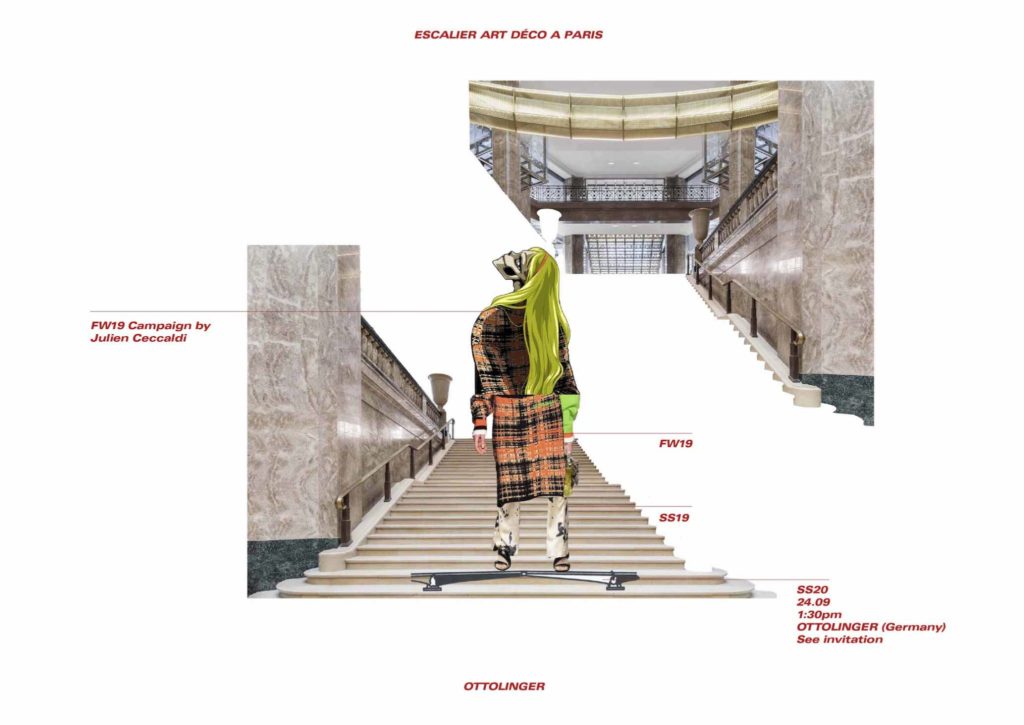 From day one the space was curated under the sharp filters of Clara Cacciuttolo Lombardi, the creative and merchandise director, creating a monumental space that cannot be missed when visiting Paris. The playful setting exposing products and representing designers in such a colossal building integrates the local and international tourists under one roof. Those rushing consumers have reinvented shopping in Paris through shopping, live, for real products. In this way, we are moved beyond fashion weeks, which is what excellent selection and handpicking is all about. Enjoy it– 2020 is here with us! 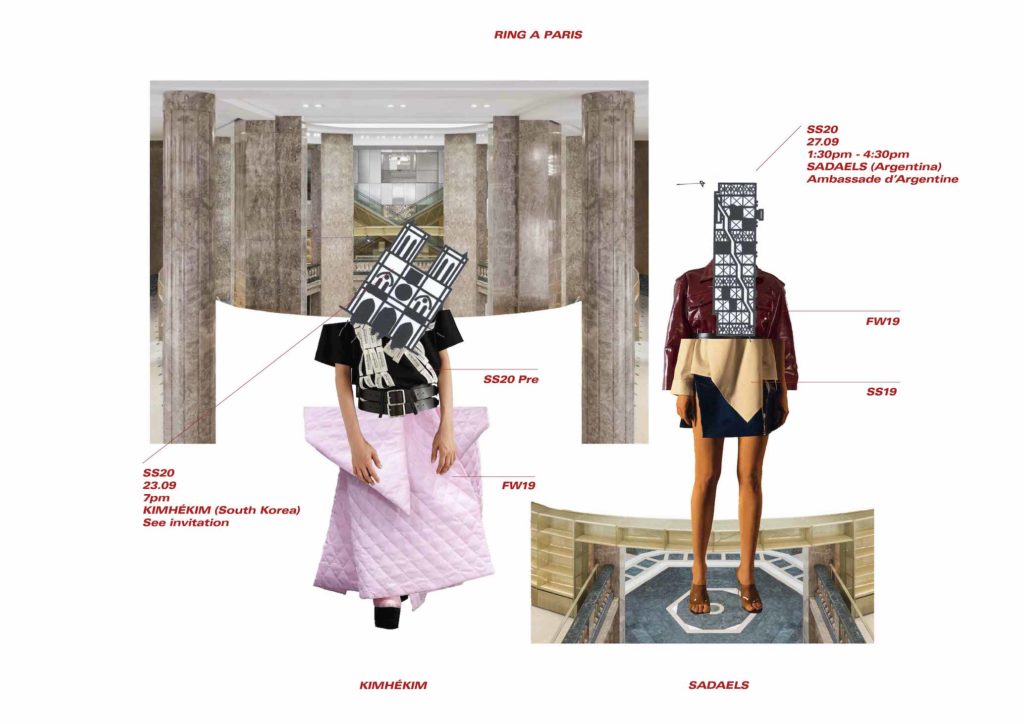 Where to shop in Paris this week and next decade: