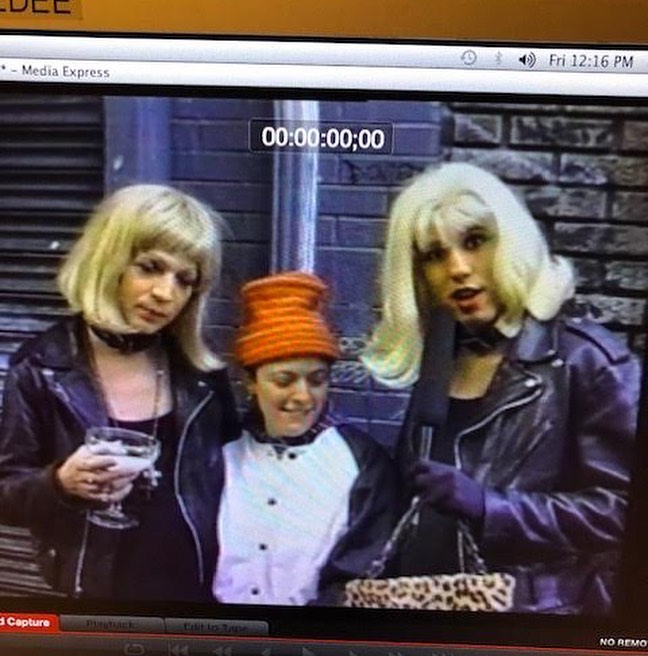 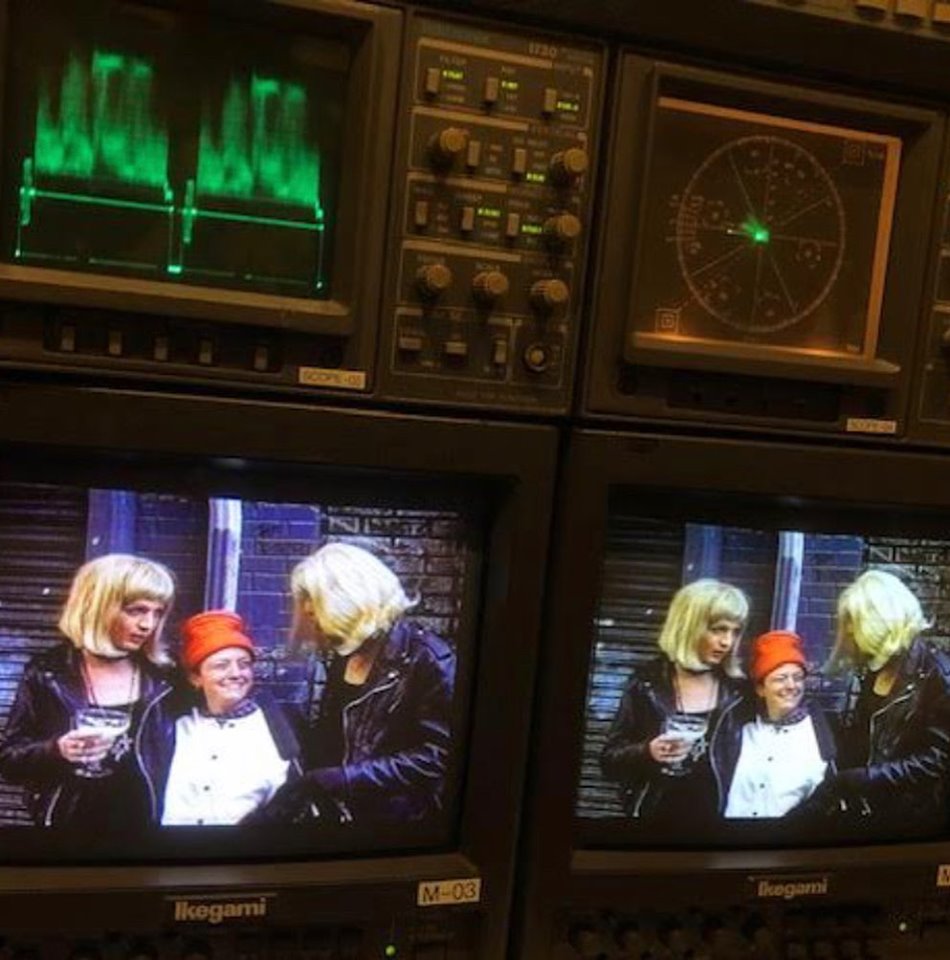 Glennda Orgasm is finally transitioning—from analog to digital! My friend Abina Manning, the Executive Director of Video Data Bank in Chicago, sent me these images of my video “Bad Grrls,” an episode of my 1990s TV series Glennda and Friends, being digitized in VDB’s video studio. Filmed in 1993, the video features filmmaker Bruce LaBruce (as Fonnda LaBruce) and my drag persona Glennda Orgasm attending a Riot Grrrl conference at ABC No Rio on NYC’s Lower East Side. A real time capsule of girl punk rock power and the era’s grunge aesthetics.

In the above clip we’re interviewing video artist Sadie Benning, who during this time was known for her charmingly grainy Fisher Price camera videos. (She has of course moved on to more sophisticated media. I saw one of her videos at MUMOK in Vienna a few years ago.)

My work is also currently in the process of being digitized by my distributor in London, LUX. More details soon (I hope!) 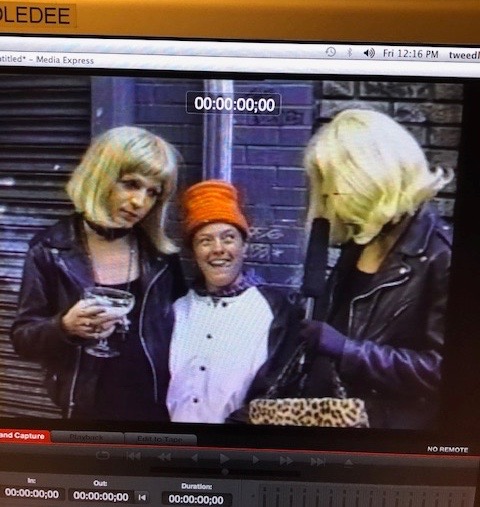