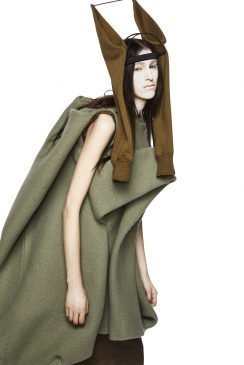 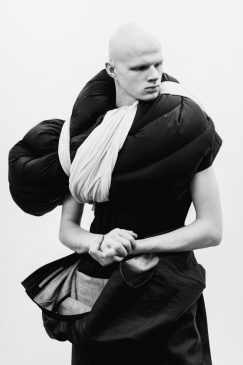 Finally I can talk about this, The Triennale di Milano is happy to present the first retrospective entirely dedicated to Rick Owens fashion and furniture.   The exhibition will show a selection of pieces from the archives of Owens’ fashion and furniture, film, graphics, publications and a major new sculptural installation.

Rick Owens – Subhuman – Inhuman – Superhuman – Owens uses his spirit of inclusion, kindness and empathy as his point of departure. Owens has always questioned ideas of beauty and acceptability within our society. He integrates the poets and artists that have influenced him such as: Stephane Mallarme, Alessandro Manzoni, Pierre Molinier, Marcel Duchamp, Carol Rama and Eileen Agar with his own punk and anarchist sensibility.

It is hard to imagine anyone working in fashion that does not know Rick Owens but…he was born in Southern California, launched his line in 1994,  put on his first runway show at the request of Anna Wintour who, along with Vogue, underwrote it. Owens moved to Paris in 2003. In July 2005 he introduced a furniture collection featuring raw plywood, marble and moose antlers, which has been exhibited at the museum of Modern Art in Paris and the Museum of Contemporary Art in Los Angeles.