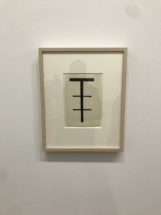 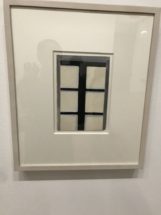 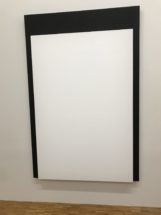 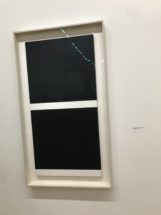 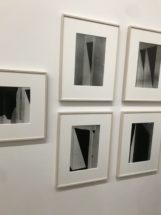 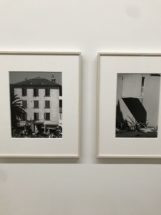 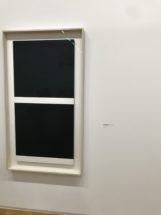 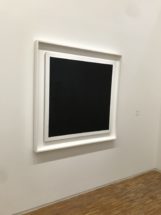 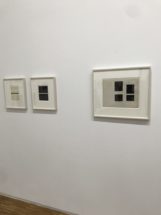 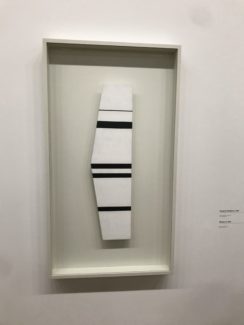 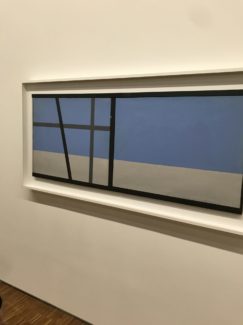 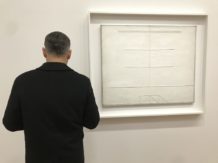 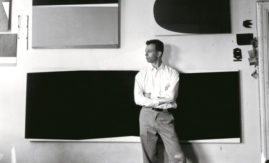 The “Ellsworth Kelly: Windows” exhibition marks the period Kelly stayed in France between 1948 and 1954 and it was a period that resonated throughout his career. It was at this point that Kelly laid all the foundations for the aesthetics of his future works. Shortly before his death Kelly donated a series Window, Museum o Modern Art, Paris to the Centre Pompidou.

Kelly was fascinated by the architecture of Paris and spotted geometric shapes or repeated patterns, such as unevenly raised blinds of a hotel, or shadows and windows. “I play with what I see, forget what it is, which colour it is, perceive the changes through my shifting mind, but with the possibilities of my vision.”

Between the period of 1949-1950 Kelly’s perceptive approach gave rise to the artistic principle he called “already made.” It consisted of copying fragments of reality and transferring them to a pictorial support without any need to change the composition.

“One evening, when I was around twelve years old, passing the lighted window of a house, I was ascinated by red, blue and black shapes inside a room. But when I went up and looked in, I saw a red couch, a blue drape and a black table. The shapes had disappeared I had to retreat to see them again.” said Kelly

“What interested me above all was what I saw around me here, in Paris, what carpenters and builders were doing..there is a deliberation here which really appeals to me. I have always been drawn to the shape of things.” said Kelly.

“My painting is a fragment of the visual world, where the third dimension is removed.” said Kelly.