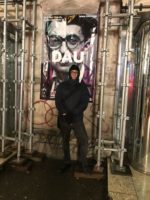 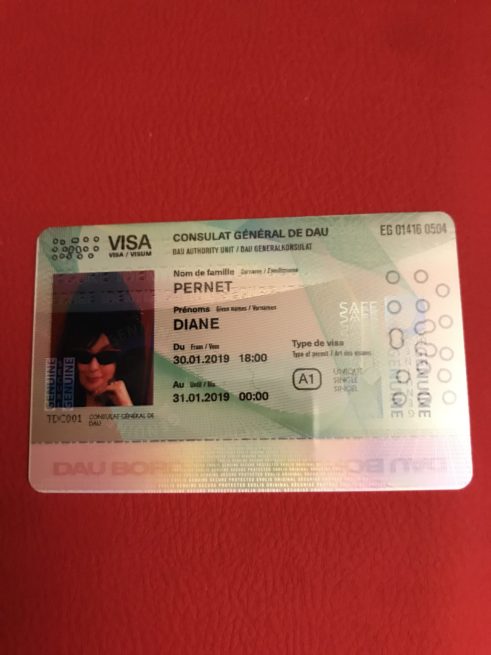 I just came back from a visit to DAU the social experiment directed by Ilya Khrzhanovsky  which blurs the lines between reality and fiction. There are 12 films that were conducted in Ukraine between 2009 and 2011 which recreated a Soviet scientific institute and its environment with thousands of volunteers. It was hard to tell what was fiction and what was reality.  I stayed for about 3 hours and only watched one series of films probably you would need to go back to DAU at least 3 times to fully appreciate what is on offer. The process is interesting instead of a ticket you have to purchase a visa https://www.dau.com/about/about?locale=en_GB.

It is not that easy to navigate the 5 floors of films, exhibitions, concerts all rooms having names like Animal, Communism, Future, Betrayal, Inheriting, History…. It is an immersive experience. I heard some of the films are quite violent but I could not comment on those because that is not what I happened to see.  I missed the film with Natasha, the female sex worker being tortured with a glass bottle inserted into her vagina…no regrets there. Participants in the 700 hours of raw footage included sex workers, street cleaners , artists, scientists, Marina Abramovic and Charlotte Rampling were among those that provided voice overs even Rei Kawakubo was listed in the credits.

The 24/7 artistic event was supposed to take place at Theatre du Chatelet and the Theatre de la Ville with additional installation at Centre Pompidou, however  Theatre du Chatelet was not open, perhaps it will be ready later. For now it has a great mapping on the exterior of the building.

Tickets are sold as “visas” for six hours, 24 hours or unlimited visits, 6 hours is 35 EUROS. Hosts were super friendly and direct you into the cinemas,  concerts or individual booths where you can watch 700 hours of raw footage. Supposedly you could talk to Shaman but that bit seemed impossible to obtain. The gift shop is quite fun and a bit disconcerting. There is also a bar and a place to eat and another attraction,  Brian Eno composed the music for DAU.

All in all it was an interesting experience. Be prepared to lock up your phone as mobile’s are not permitted.