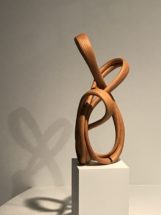 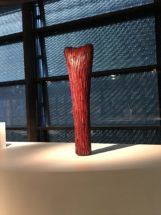 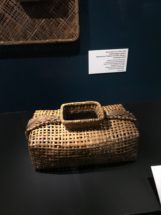 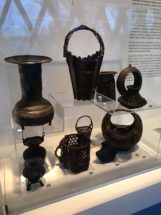 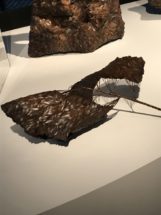 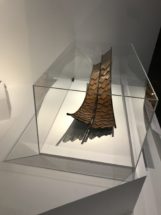 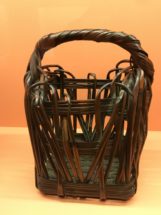 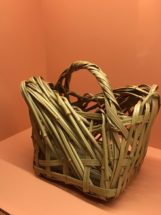 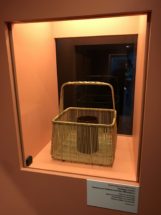 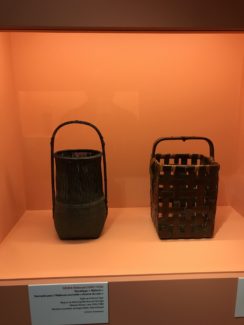 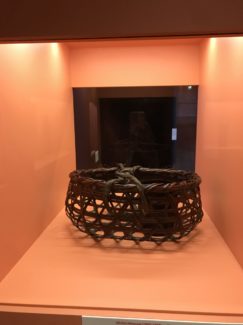 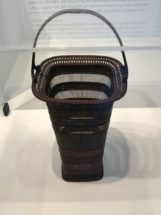 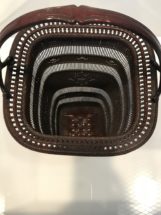 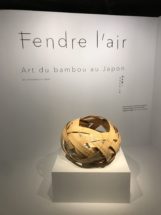 This is the first time in France that a major exhibition has paid homage to the little-known art of Japanese bamboo basketry and tells the story of how the basketry became sculpture. On exhibition is 180 ancient and contemporary works of poetic beauty, originally these pieces were used as part of the floral decoration for the tea ceremony.

These artisanal bamboo baskets are closely linked to the influence of the art of tea which arrived from China around the 18th and 19th centuries. The first generation of artisans took inspiration from Chinese models which sought to imitate the sophisticated forms of bronze and porcelain vases.

At the beginning of the Meiji era, at certain tea ceremonies, the baskets were used for flower arrangements and artists were inspired by the Chinese models to invent their own shapes. Artists included  Lizuka Rokansai and Hayakawa Shokosai brought new life to the art of bamboo basketry. The master weavers of today have become living national treasures. Sometimes the baskets  are stripped of all functionality and become pure sculptures. The exhibition placesthe spotlight on seven contemporary artists.

“Vacuum is all potent because all containing” Kakuzo Okakura, The Book of Tea 1906