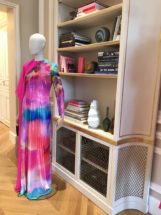 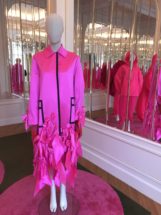 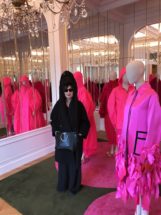 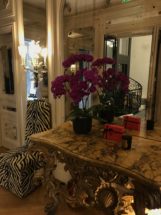 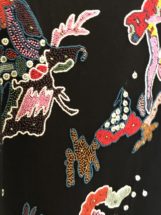 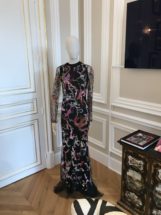 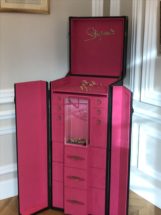 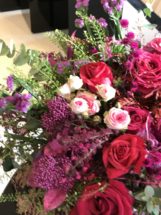 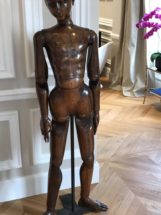 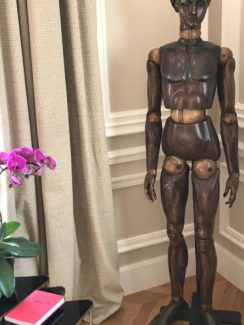 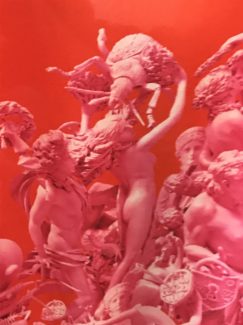 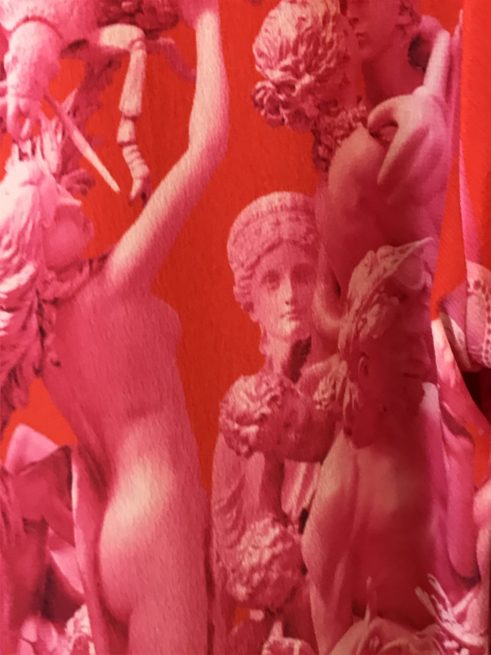 I was feeling a need for a  little ‘Shocking Pink’ today and for that I  went to see the new capsule collection at Schiaparelli in Place Vendome. I’m sure you know the history of Elsa Schiaparelli, if not a brief byte, she spent her childhood in our beloved Rome surrounded by calssical Hellenistic statues, then when she was in New York she started to design, it was America land of sportswear so that was her approach but merged with a modern-day Winged Victory somewhere between sportswear and eveningwear.  The current interpretation for the house has the Winged Victory in an American football helmet adorned with the Schiaparelli symbols. It’s all a nod to Nike – the Greek goddess of victory -did you know long before the trainers..Nike was the goddess of victory in Greek mythology depicted as having wings; hence she was referred to as the “Winged Goddess”. Now you know there is a history to the brand of trainers…

Images above show you the neon oversized hooded windbreaker in ripstop nylon and the long dress incorporates all of the colours of this season in one piece. The house is synonymous with the colour ‘shocking pink’ of course, but you knew that already. The fur by the way is fake.