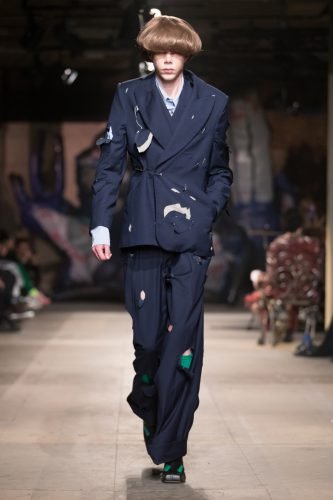 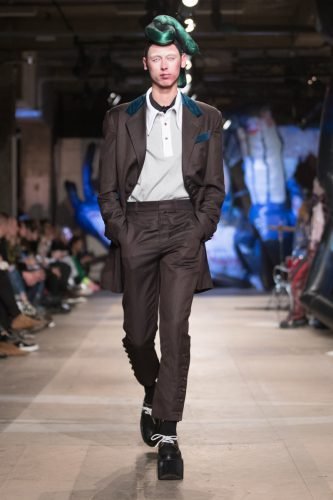 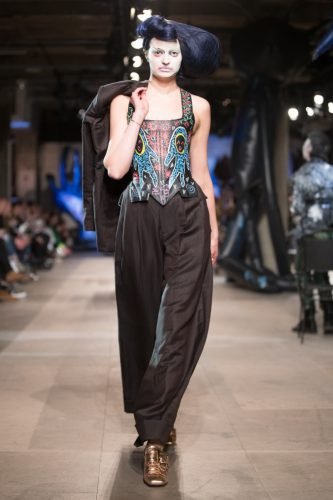 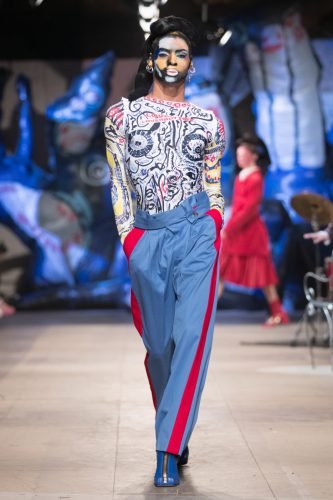 Those who favour their fashion sedate and aloof may want to look elsewhere, and likely won’t have to look for long. That’s why what Jeffrey creates feels so new. And if he’s made such a name for himself, winning last year the prized British Fashion Award for Emerging Menswear Designer, it must have been too in recognition of the unconventional urgency of his approach. Before the start of his show yesterday night, performers crowded the darkened venue in a dance of distress which had the audience perch on the edge of our seats. Anguished screams rose above the whispers, as they kicked, convulsed, and crawled. Titled Tantrum!, the LOVERBOY collection for the winter to come is an exploration of pain of confrontational literacy – and of Scotland, Jeffrey’s native land, where much of the designer’s anger sublimates to. Alan Downs’ ‘The Velvet Rage: Overcoming the Pain of Growing Up Gay in a Straight Man’s World’ was noted for reference, giving further context to a seasonal offering of burdened and constricted silhouettes, or stuffed full of padding to forcibly cushion the wearer from potential peril. Straightforward kilts and tartans in fiery red colourways featured alongside the curated historicisms that elevate Jeffrey’s designs above those of his peers: such as a knight’s helmet knitted in wool, and war paint that from the models’ cheeks descended to their tops and tights, in painterly strokes and totemic motifs inspired by those of the Picts, who lived in Scotland in the early Middle Ages. A long camel coat and the show’s opening look – Jeffrey’s strong suit, the suit – came punctured with bullet holes: but rather than ominous, the message they sent was one of resilience, and vindication. What doesn’t kill you makes you stronger, Jeffrey was saying. And isn’t his own success just proof of that. 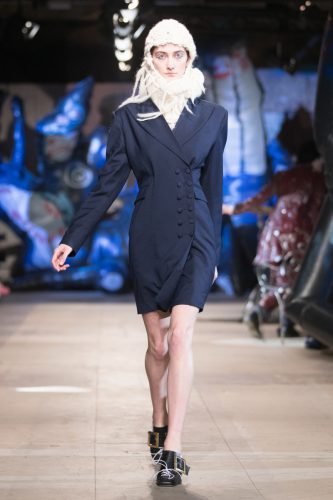 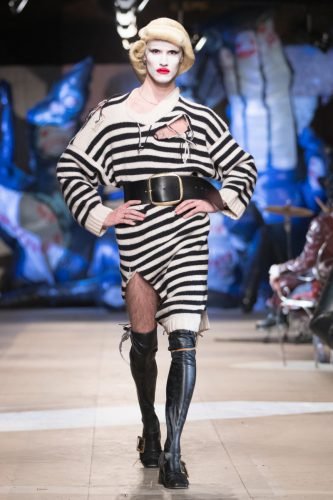 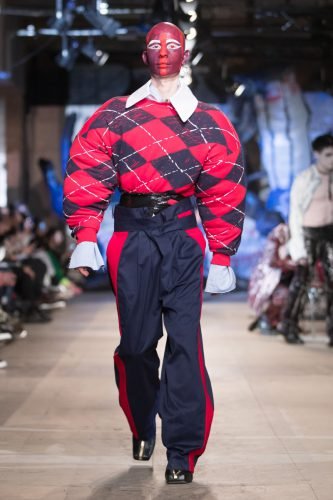 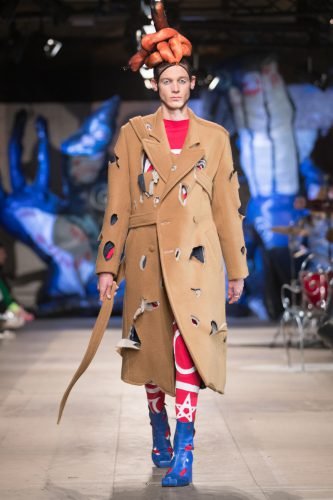