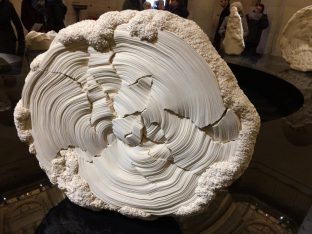 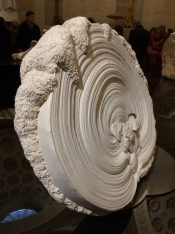 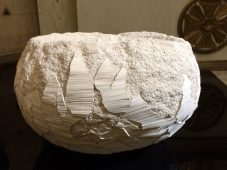 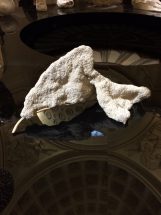 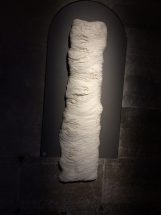 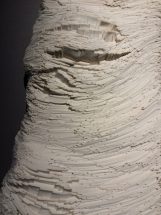 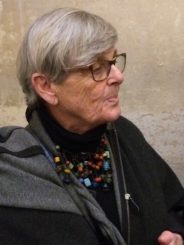 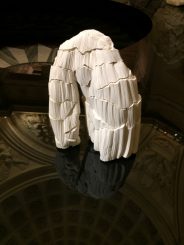 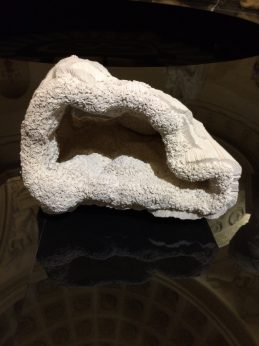 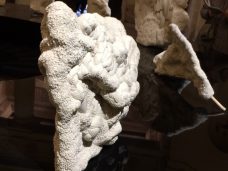 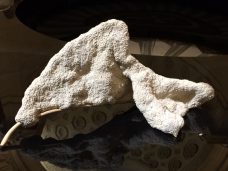 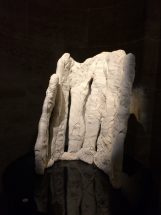 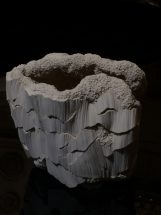 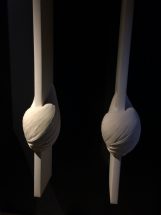 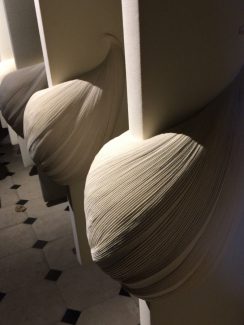 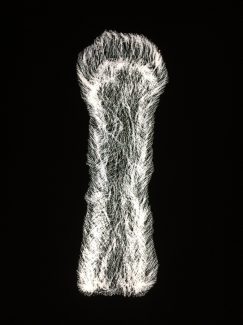 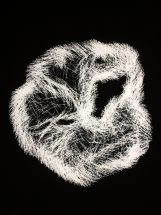 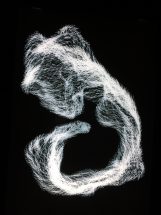 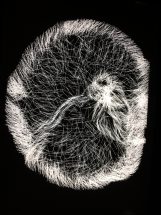 The last time I was at Chapelle Expiatoire was for the collection of Glenn Martens which was at the beginning of his career and years before his meteoric rise to success with Y/Project. Simone Pheulpin is far removed from Glenn aside from the fact that she works with fabric and pins and is old enough to be his grandmother. I was speechless in front of her work, she is a textile artist and folds are her language. She takes strips of ecru coloured bands and stacks and folds them to give birth to organic sculptures that give us her poetic vision of the world. Un Monde de Plis represents 30years of her work. Simone Pheulpin is an autodidactic illusionist that never went to art school and she works with the most basic and simple material, raw cotton bands and pins. She was born in Nancy in 1941. Growing up she played in the textile manufacturers that made the fabric used in the making of automobile tires. She got the meters of bands that she needed to work her designs in, her complex structures could take up to 9 months to construct. In the heart of the sculptures are thousands of invisible pins. Nature, geology, fossilised rocks all play part of her inspirations.