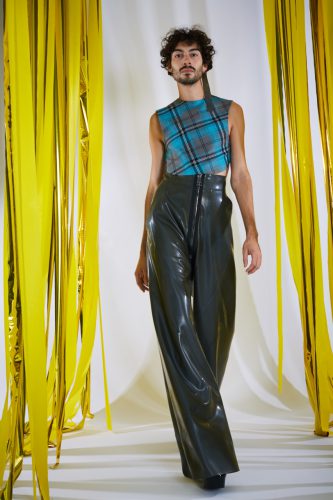 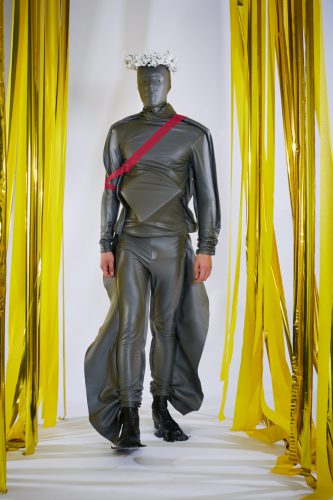 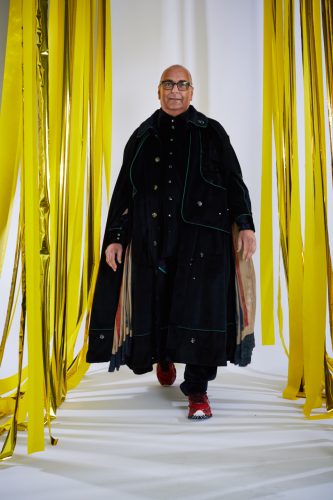 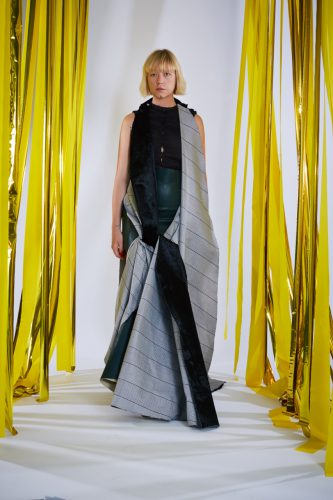 This time last week at the Estrel Hotel in Berlin, the graduating students of the Universität der Künste were presenting their final year’s work on a catwalk curtained by rows of colourful ribbons. As it tends to be the case in instances such as this, the collections on show were so profoundly personal one’s got to worry not to do them justice by seeking to identify common concerns or drives. Yet we do, not with the intention to simplify the graduates’ each individual quest, but with the hope to get from its youngest and keenest talents a sense of where this troubled industry might be heading towards in the years to come. The morning after, an international symposium was gathering to address comparable questions – with experts such as Valerie Steele and Angela McRobbie coming in to share their views on globalisation, technology, and urban creative economies.

But back to that night, it can be said with moderate certainty that a certain political dimension was present and felt throughout, as one perhaps should expect, given the times we live in and what the seasonality of fashion as a medium allows. In particular, Eric Schieler’s Alternative Facts collection considers the all-American cowboy ideal, and what it is that the youth can trust or shouldn’t. Political too is the ever topical theme of gender-relativism and its enactment – that found in Florian Máthé’s Hannelore looks its steamiest interpretation, by way of a very tactile convergence of velour and latex. A polar opposite to this was the curiosity, on part of female designers like Wanda Wollinsky and Lisa Mann, to playfully dissect the codes of menswear at its most domestic and most mundane. Mann’s collection, Freddie and Daddy, one of my favourites, also exemplifies the preoccupation with their own past, with childhood and memories, history and family, that young creative at the start of their careers often indulge in – and perhaps most of all young creatives in Berlin, possibly due to how full with history their city is. Mann’s own father modelled for her, looking great.

Elsewhere, a sincere commitment to questioning clothing and an almost morphological interest in their signification inspired the work of Anna Sophie Goschin, who name-dropped Foucault and Butler to explain how notions of metamorphosis and selfhood had found their way into her design process. Her outfits are knotted and draped rather than stitched, made for movement and change. Similarly, but very differently too, André Törner imagined a sci-fi-ish scenario where clothes find their own agency, and rebel against their symbolism and their wearer.

Above and below are some of my highlights, along with a few memorable entries by students who’ve not graduated yet, but we’ll do good to watch out for when their time comes. 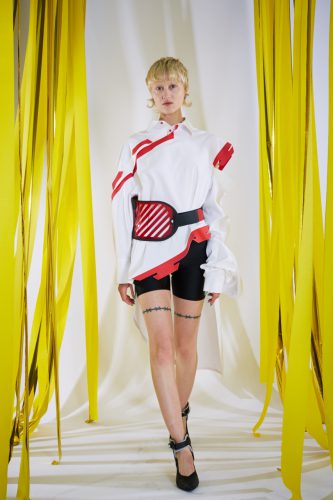 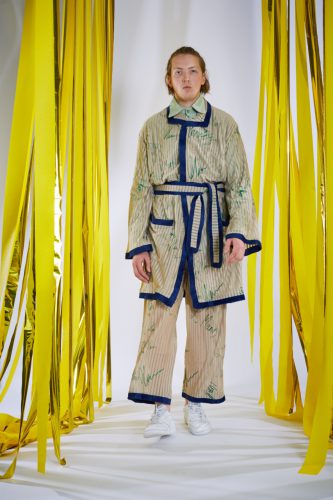 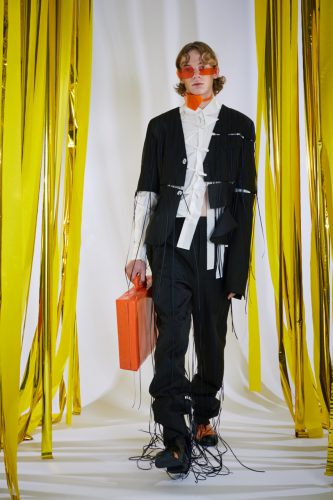 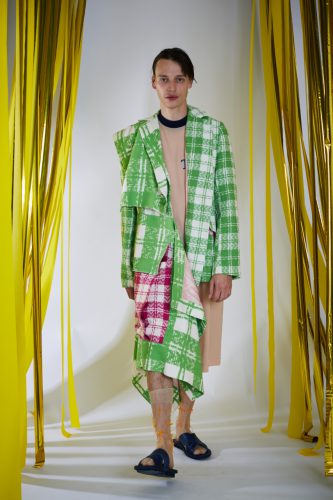 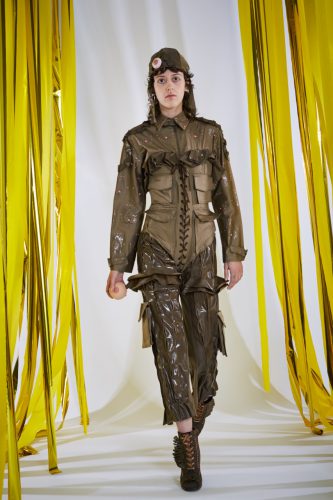 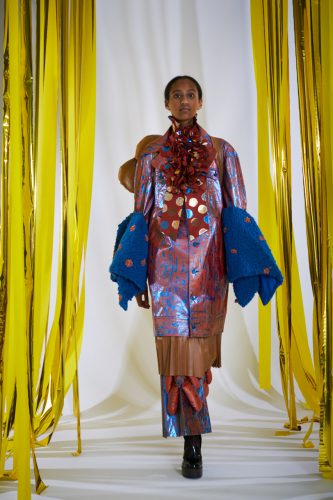 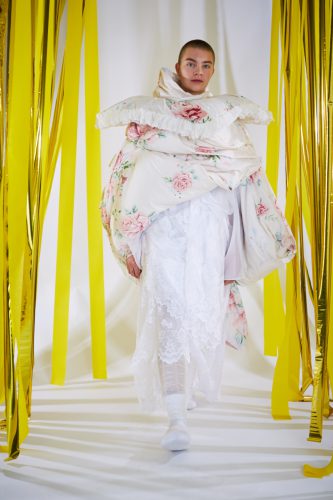