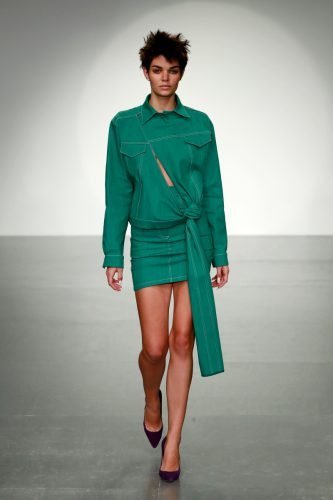 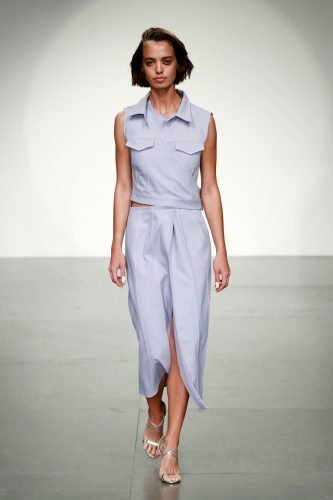 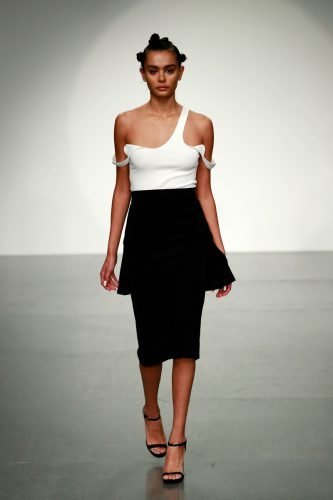 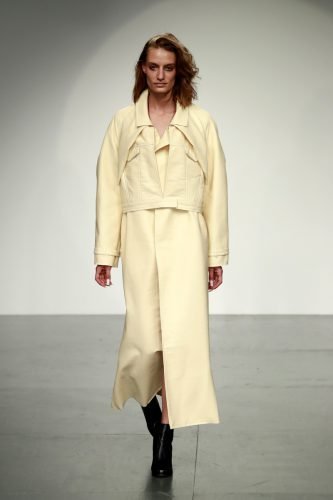 Who would have thought stilettos would feel refreshing in 2018? Parade after parade of cherubic girls in sneakers or Teva, and suddenly we perk up at the sight of ladies on thin stilts, striding confidently down the catwalk like they’ve got places to be, to the notes of Cheryl Lynn’s Got To Be Real. It reminds us of the physical prowess of the female body, of the performance of womanhood in its theatrical essence. For her runway debut, Marta Jakubowski pursues an “idea of femininity that isn’t driven by youth”, a more mature aesthetic than the one we’ve become used to. The total looks in solid colours she’s made a name for herself with in presentations past return with pastel shades of honey or lilac, and the gutsy addition of sheer polka dots to boot. So too do her trademark experiments with pattern cutting, but not so avant-garde this season to register as unpalatable for conventional settings. Cross-torsos slits, twists and knots and detachable panels innovate visibly but sensitively classic staples like floor-swiping leatherette trenches or denim jackets. The multiple shoulder straps on body-conscious tanks call to mind the ones Krizia was making back in the mid-1990s, famously worn by Amber Valletta and Trish Goff on a Vogue Italia cover shot by Steven Meisel. But in this instance to be referential works in Jakubowski’s favour: she revisits a forgotten self-reliance that countless 90s revivals have somehow failed to acknowledge. No angels, bimbos or babes, these are women in business, perhaps businesses of their own. Pencil and truly mini miniskirts are riding high – this is officewear fit for the office of office fantasies. And yet, this collection is all about realness. For a young designer at the beginning of her career, let it be of auspice too. 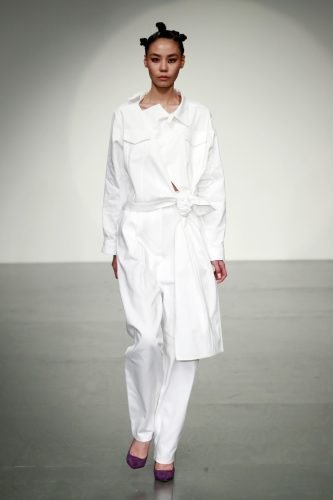 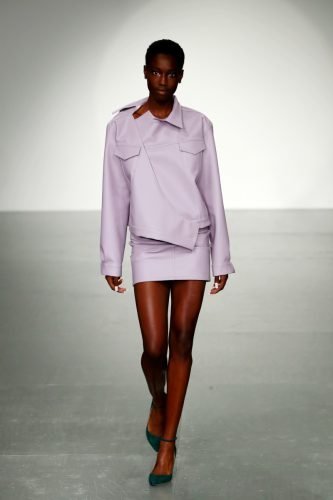 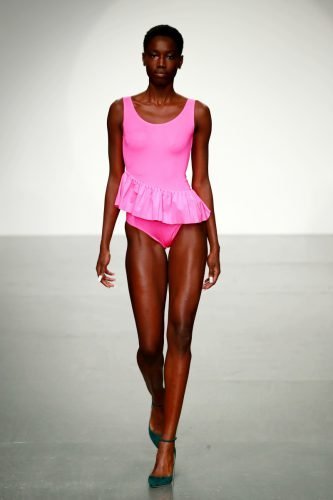 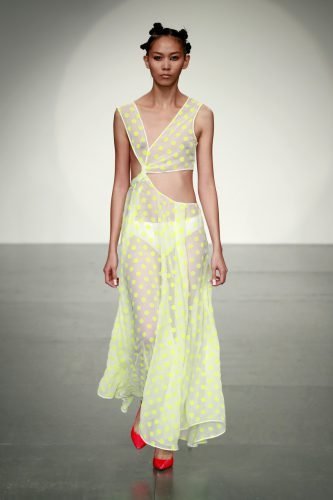