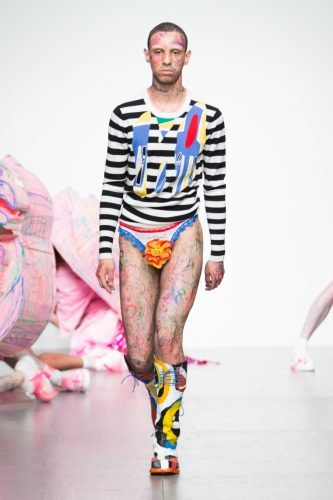 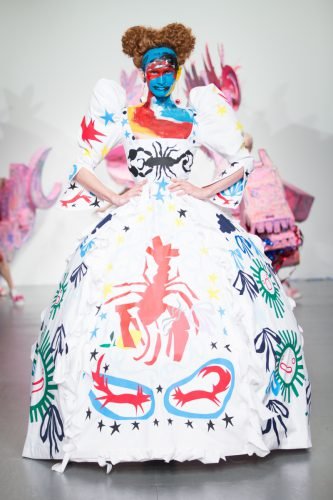 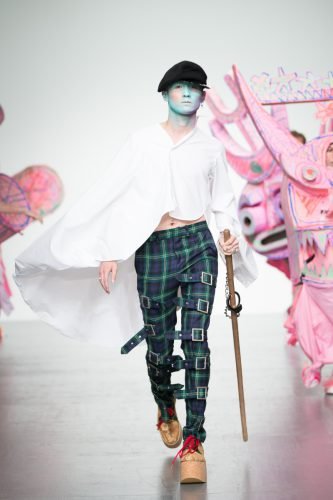 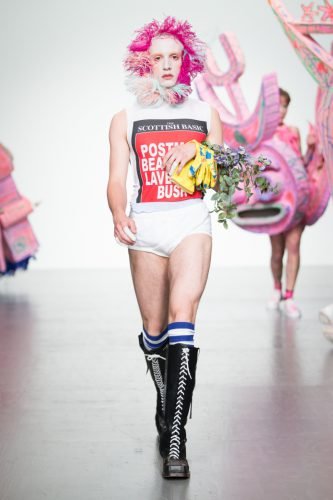 For Charles Jeffrey to take on the theme of debauchery for his first solo show suits the image of a young designer that took shape in our heads over the past few seasons – it reads as a move to reinstate and rejoice in who a loverboy is, and what he stands for, now on his own two feet. Starting off with a smiling flower as a crotchet applique on a racy lace thong, SS18 is indeed a parade of excesses and euphoria, artfully seedy, both anchored and elevated by its crafty sartorial underpinnings. And yet one soon becomes aware of a sense of urgency, of purpose to all the hedonism – pushed as it is to quasi-cathartic extents. A pink papier-mâché masquerade of totem-like dancers flanks the models throughout, a ritual to douse the show in performative auspiciousness: act it and it will be thus. Or as the press release pens it, when reality becomes ‘an absurd satire of itself’, here we stand ‘dancing in the face of threats to freedom’. The collection is described as a Hogarth portrait, a nod to the 18th century pictorial satirist who’s credited to have pioneered the political illustrations of today. As such Jeffrey scrapes the books of history, as he’s wont to, for the rococo forefathers of his loverboys, who peacocked in protest and pleasure. There are Hussar soldiers in trompe l’oeil dolmans, and Byronic heroes in billowy muslin, which, it’s noted, ‘will inevitably cling to sweaty skin’. The club is never far from Charles Jeffrey’s mind, and he never forgets to think of his creations in consumption. Although indeed, it’s not the passive wear and tear of daily use that he thinks about, so much as the damp nightly extremes of the act of wearing. The whole thing is freshened by a certain Beirendonckian graphism, and still more artistic references – to end with prints of foxes and scorpions on a full-skirted white gown, in the vein perhaps of Matisse’s cut-outs, plus a huge lobster homage to Schiaparelli and DalÍ. 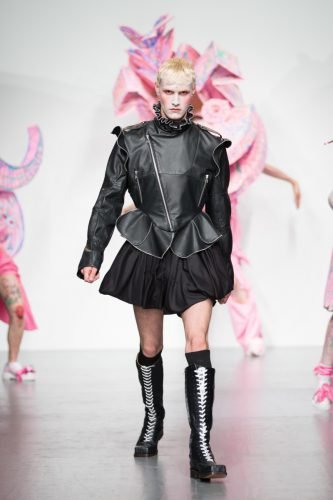 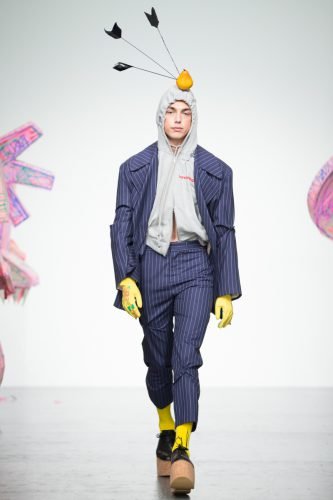 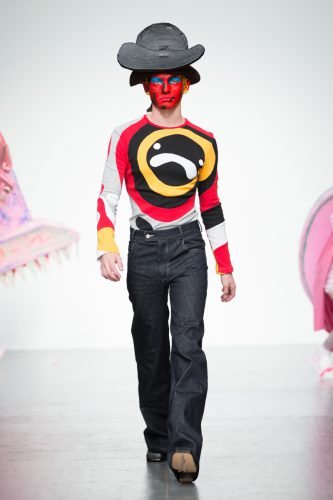 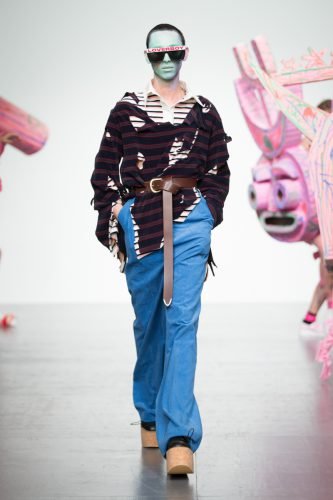