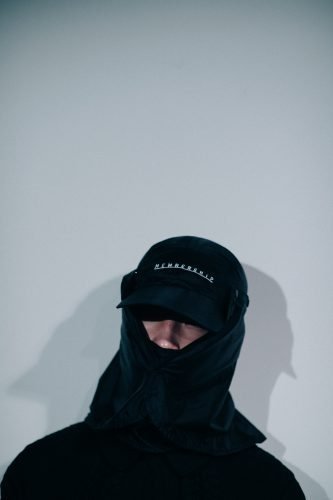 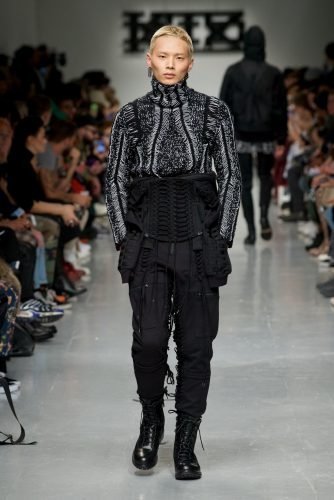 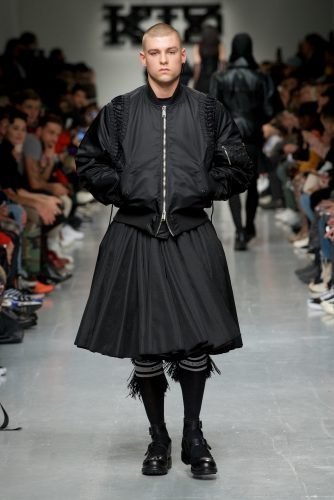 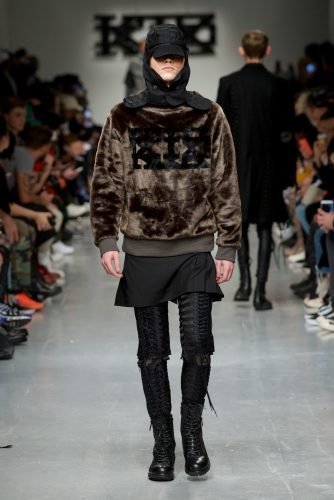 Discipline, that of the army, that of tightlacing, is the virtue at the core of KTZ’s collection for the winter to come. As militant as you would expect, the feminine undertone that runs throughout it does nothing to temper its combative timbre. If anything, it plays it up. The corset becomes a module, upon which everything else is built: pieces that could have been inspired by parts of medieval armours, vambraces and bevors, are crafted with interlacing ribbons instead of steel. But Pejoski doesn’t single out of women’s wardrobes only that which is oftentimes considered an essential feature of the dominatrix’ attire, but more unexpectedly, a traditionally much gentler option, too. The tutu appears to have inspired a series of men’s skirts that are way too puffy to pass off as kilts, especially when worn with what seem to be Mary Jane shoes – yet the impact, the assertiveness, remains the same. Discipline, again, one should be able to find among dancers in spades. The palette, still, keeps to the familiar shades of black and white, and army greens – the camo patchwork knit a sure stand-out piece this season. Knitwear in general is one of the collection’s strongest assets, and a relative new venture for KTZ that reaches its peak with a jumper in a combination of stitches set to mimic a skeletal structure, as do the many nods to the girdle that come in white laces on a black background, like bones. It’s a texture-rich show, from start to finish: a branded KTZ teddy bear sweater is sure to charm the younger devotees, as will slogans such as ‘seventeen’, or ‘membership’. Youth, and brotherhood, here stand to remind us of loyalty to the pack, and of the spirit that, though disciplined, refuses to be tamed. 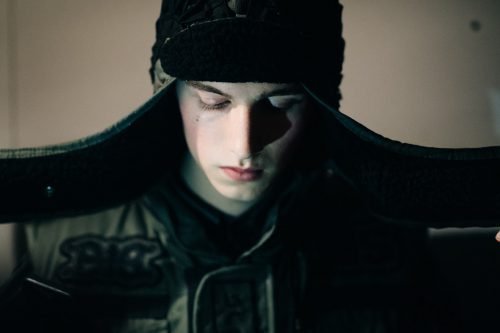 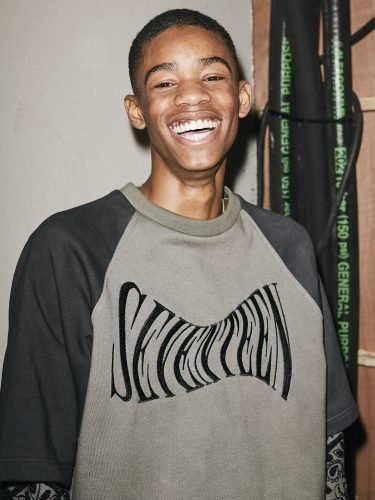 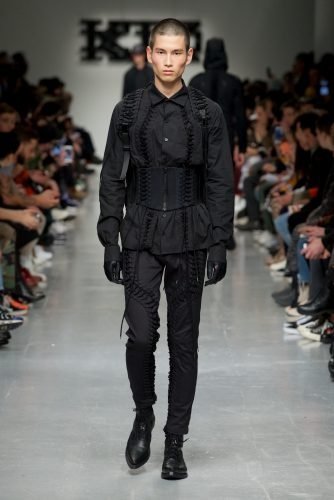 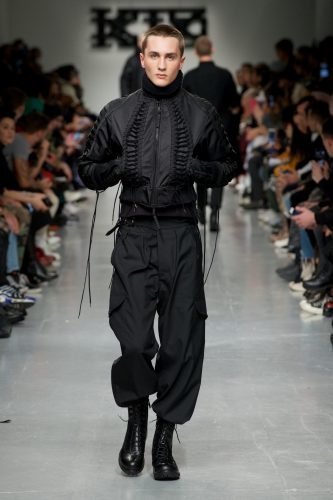 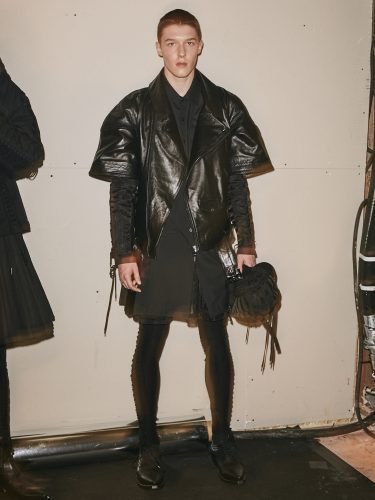 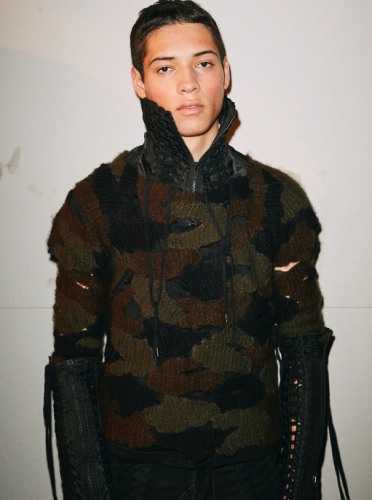 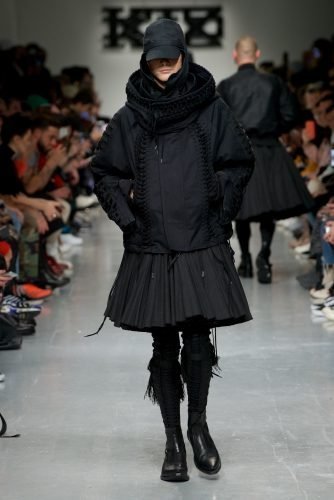 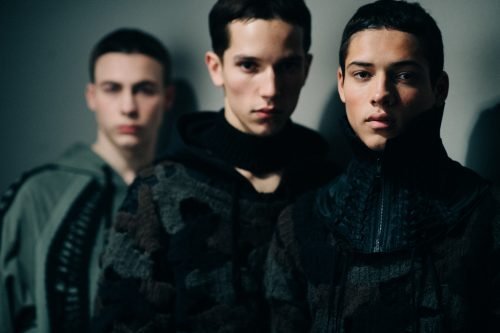