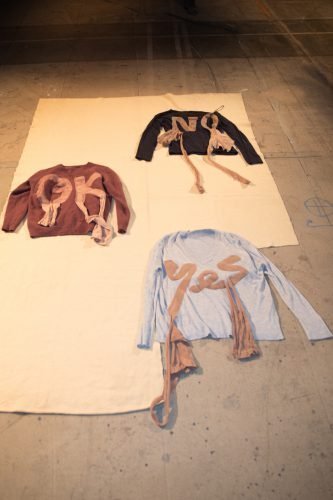 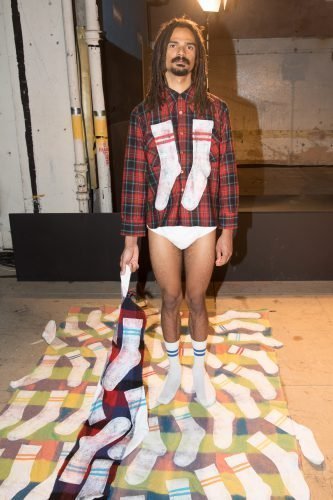 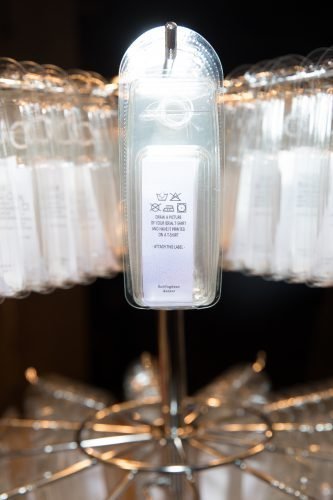 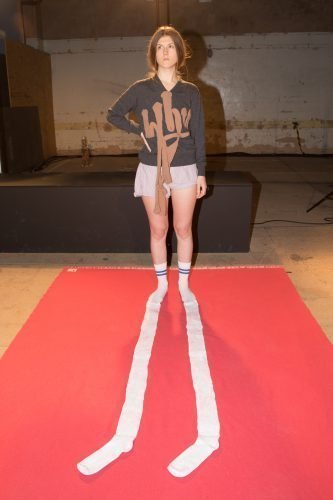 Still, not everyone is burdened by worry for the uncertain times ahead: or if they are, some seem to have found in surrealism a way to dispel of the apprehension that plagues us. For a bit of lighthearted respite, let us consider the work of James Theseus Buck and Luke Brooks, aka Rottingdean Bazaar. Brought to London Fashion Week Men’s from the sleepy coastal village of Rottingdean in East Sussex, for the second season now, by Fashion East’s savvy curatorial team. The understated nature of their humour spares us from the sort of pretentiousness that sometimes weights in on surrealist takes in a fashion context, and the emphatically DIY execution appeals to the school of thought, that persuades quite a few young designers today, according to which clothes should look as if they were held together by tinsel and good will, whether or not that’s the case. If one were to interpret the work on show at The Old Selfridges Hotel, we could read in the ancient roman coins set into fake Blu Tack, or in the felted sports socks needle-punched into woollen blankets, shirts and scarves, an attempt to elevate the banal and make the precious mundane, for value is subjective and nothing is sacred. A propensity toward an actionist philosophy, too, could perhaps inform how standard instructional care labels have been printed with certainly non-standard instructions. But why should we bestow any meaning on that which so candidly speaks for itself, that levitates so bravely above concerns and responsibility, into absurdity? ‘Fill in the white stripes on a Breton top with a permanent market’ read the labels, or ‘Drink a can of Coca-Cola through a linen shirt’. And perhaps we should take them as that: gems of wisdom against the blues. 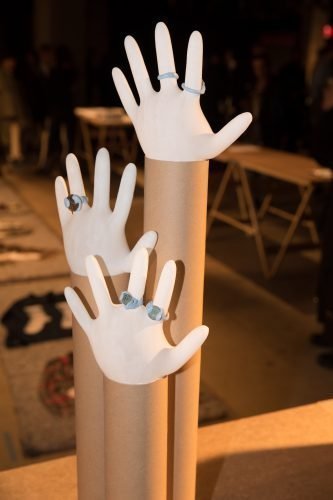 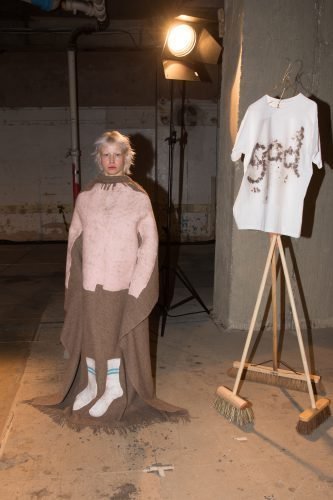 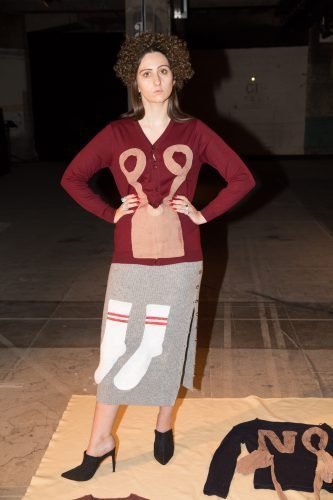 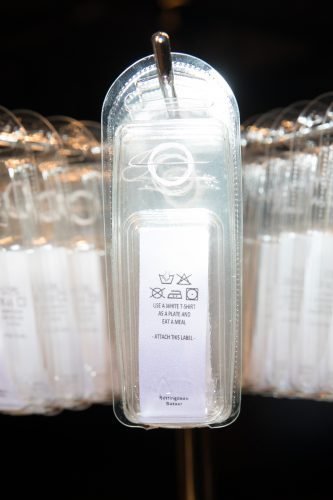 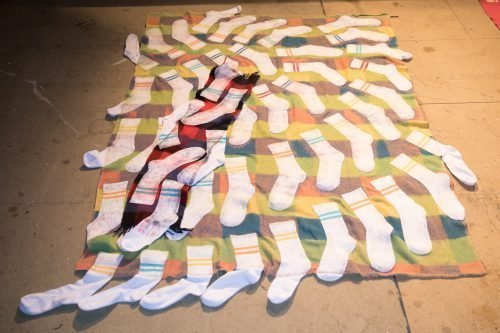