As families around the world gather in celebration, the news that Franca Sozzani passed away on Thursday in Milan has certainly deeply saddened the fashion family. No longer will her delicate frame and its Renaissance cascade of blonde locks be spotted at the shows, or will her vivid blue eyes spot talent in its raw beauty.

After studying litterature and philosophy, the Mantua native started her career in the Seventies at Vogue Bambini. Throughout her career, she climbed up the ranks of Condé Nast, giving flight and heft to several publications, including Lei before heading Vogue Italia in 1988 and being named Editorial Director of Condé Nast Italy in 1994. She headed the Italian edition of Vogue for 28 years, and until her death this week. Sozzani is survived by her sister Carla, her son Francesco Carrozzini and niece Sarah Maino.

A long-term supporter of emerging design, she created the Who’s On Next? talent competition in 2004 and many more similar initiatives, contributing in no small part to the lasting appeal of the Italian fashion scene. In addition, she also flung the doors of the typically closed and hallowed fashion publication wide open by offering to contributors the possibility of showcasing their images directly on the Vogue.it site. Far from shying away from challenges, she was also no stranger to controversy, never fearing to voice her opinion on curves, plastic surgery or, most importantly, society and world issues that go far beyond the gilded halls of fashion. As a result, her fashion editorials were among the most memorable images of the past decades.

Her contributions to fashion are numerous, as are the awards and distinctions that her work garnered her: UN Goodwill Ambassador since 2011, the Légion d’Honneur in 2012, and most recently, she was awarded on December 5th the first Swarovski Award for Positive Change in London. A documentary, Franca: Chaos and Creation, filmed by her son over 6 years, was released this September.

Fashion, for sure, has lost one of its brightest stars, and a most fervent advocate. 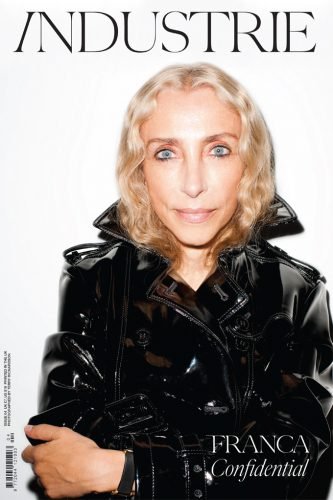