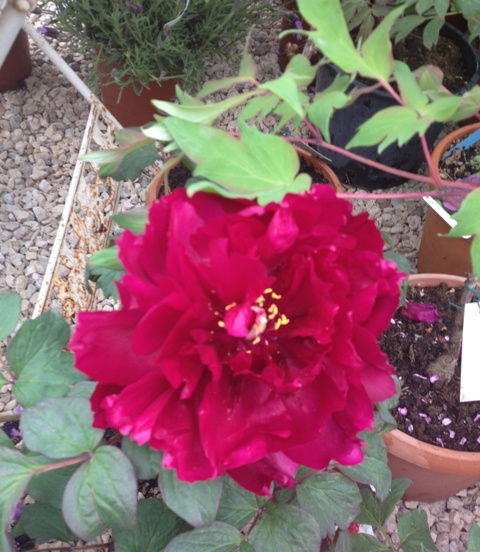 Nature, its
culture, art, design and fashion that celebrate old tradition,
craftsmanship and sustainability have been the main features at Floracult, the event created by the pioneer
fashion designer – of Carmina Campus,
brand of ethical fashion which promotes the culture of re-use – which was held
in the Rome countryside at La Storta, I Casali del Pinomise en scene by Studio Dottor,
architects studio of Pietro Dottor.

One of the
features has been the Scuola per reinventori (Schools for re-inventors), in its second edition, curated
by Clara Tosi Pamphili and Alessio De Navasques which hosted a
factory of hand-embroidery and installation that showcased the sketches by Vincenzo Montini along with the vintage
clothes by Elisabeth the first. 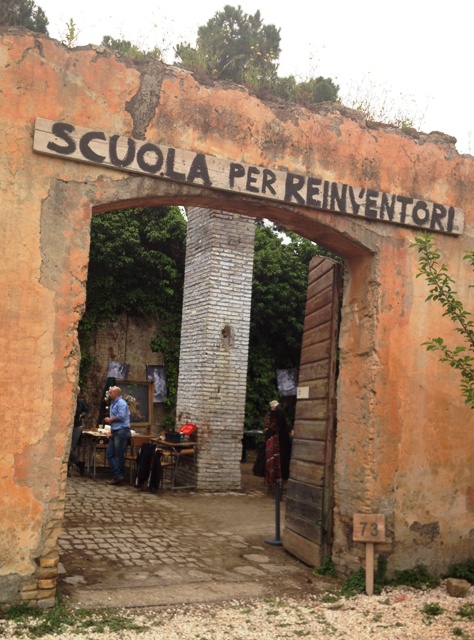 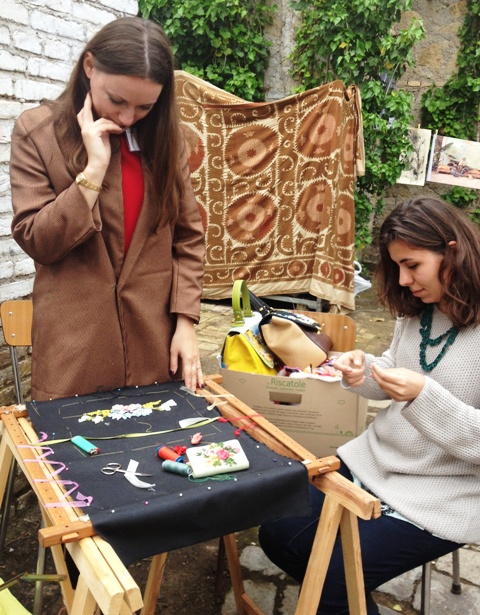 The embroiderers at work 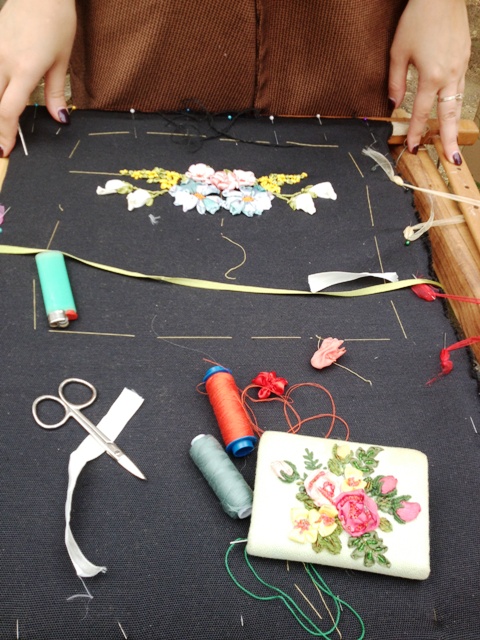 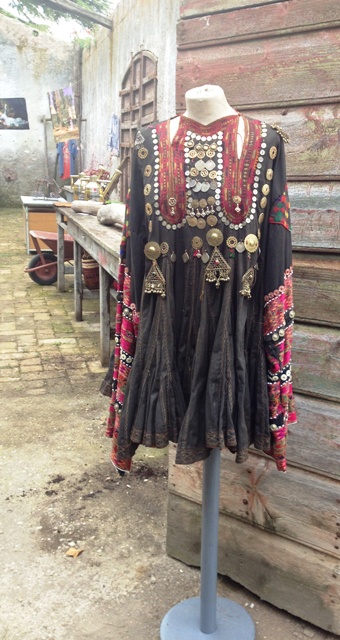 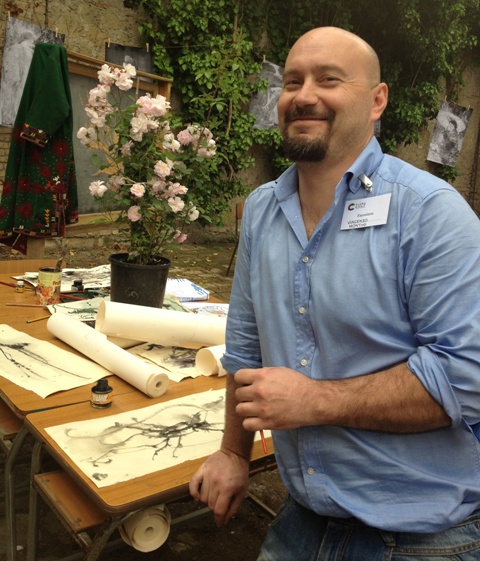 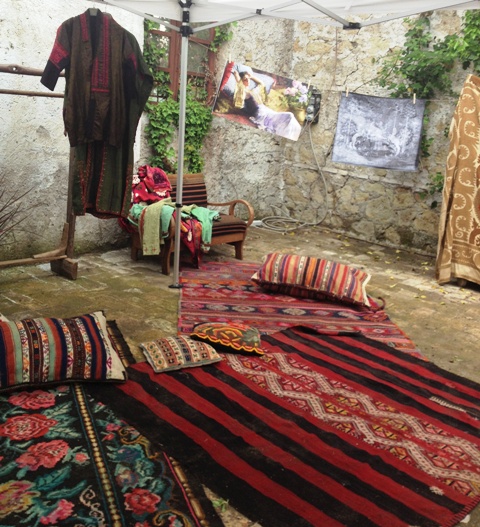 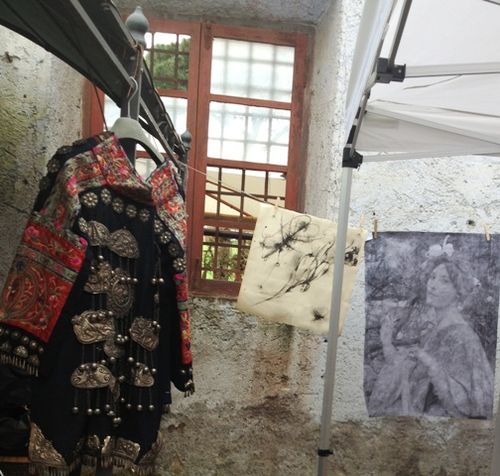 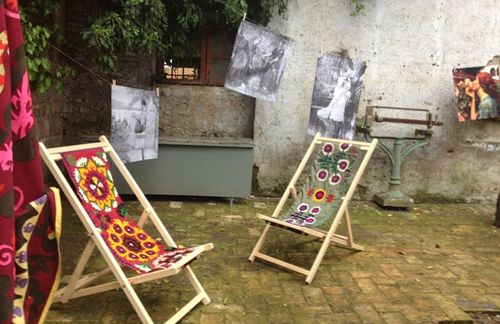 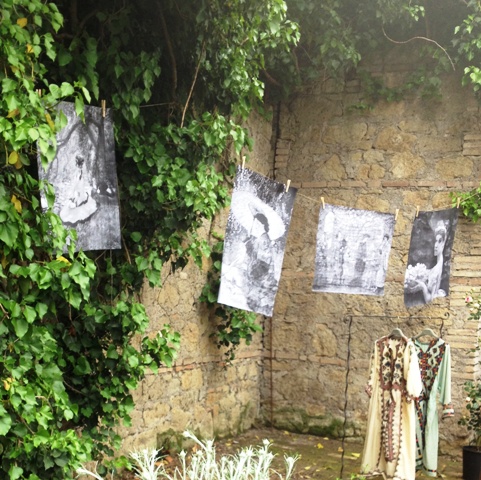 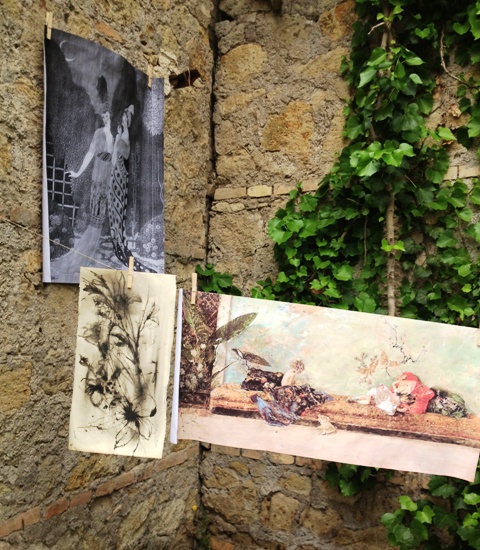 It was also on
show a bright idea, the digital vegetable
garden, which joined the multimedia and to vegetable world, giving the
chance to know immediately and easily about a grass by clicking on the picture
of a grass. 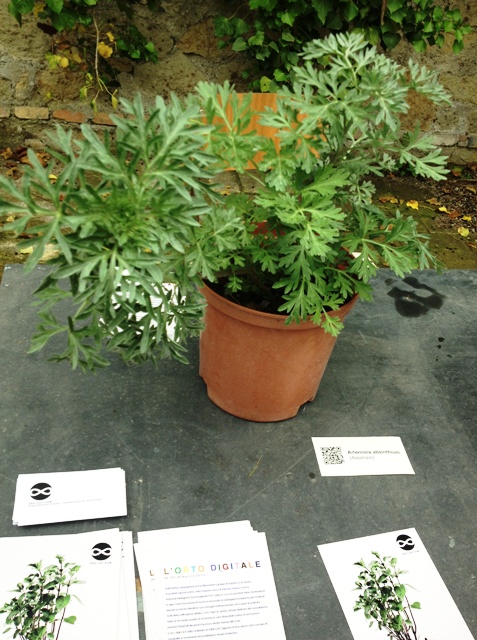 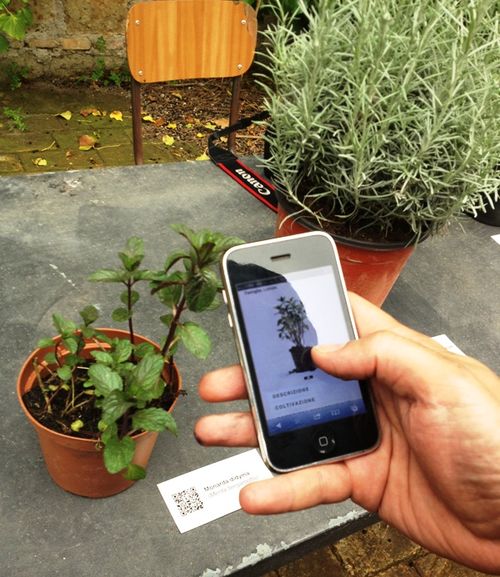 I also was pleasantly
amazed by the exhibition of photograph made by the visual and performer artist Emiliano Maggi which told about the
tradition of boar-hunting under the sign of grotesque suggestions. 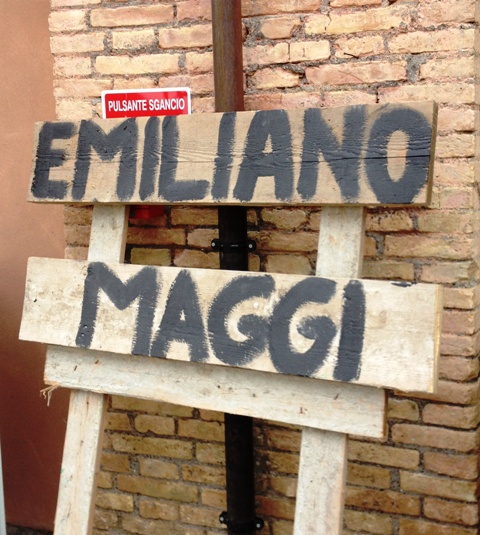 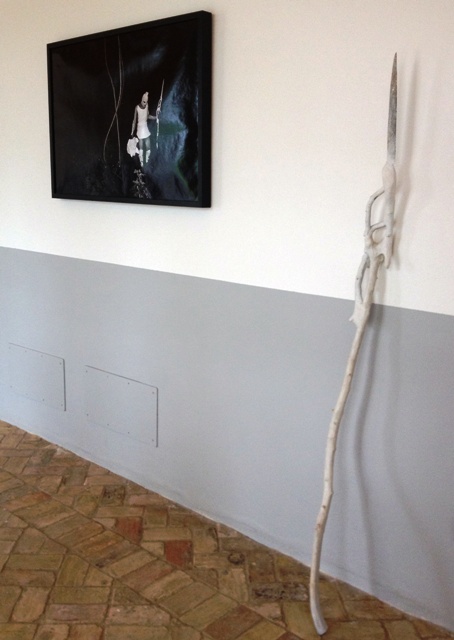 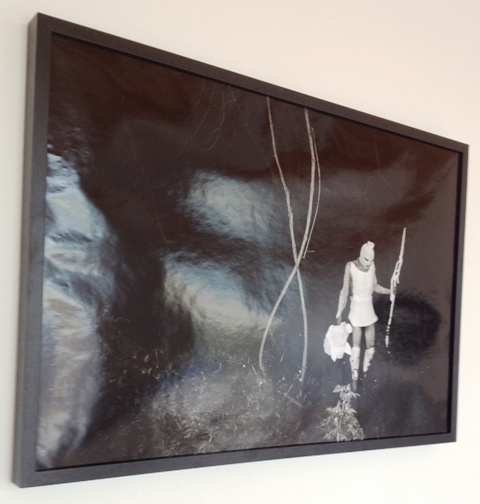 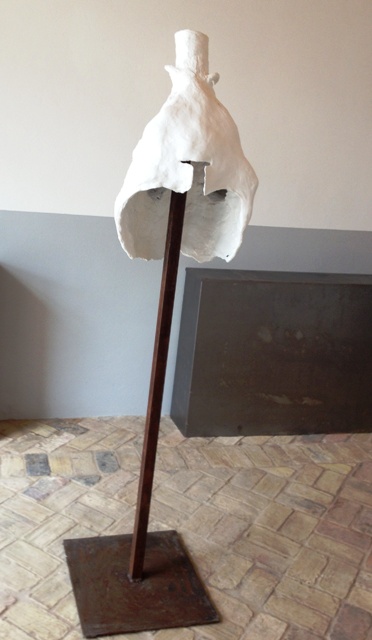 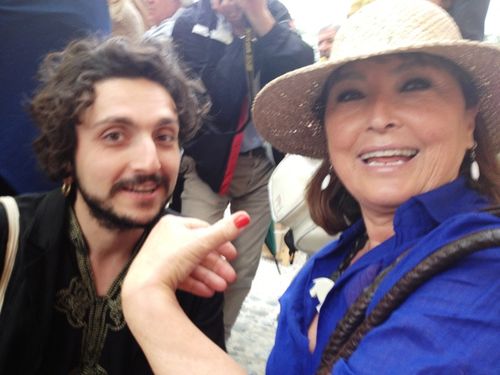 Craftsmanship,
art and jewelry as the creations by Delfina
Delettrez , little creatures made of
silver, gold and enamel. 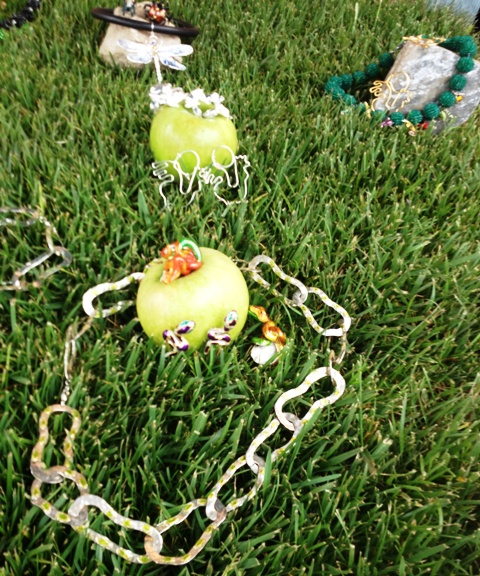 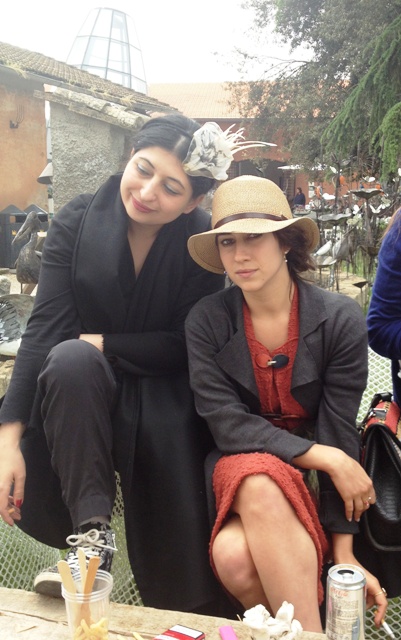 Delfina Delettrez and me

Suggestions
concerning interior design by Costanza Algranti, we spoke and she told me how she found everything
in the roofs oxidized that became an intrinsic part of the furniture she created. The shades depict the silhouette of a woman and other lyrical suggestions
that make these creations something  beyond furniture and closer to an
artwork. 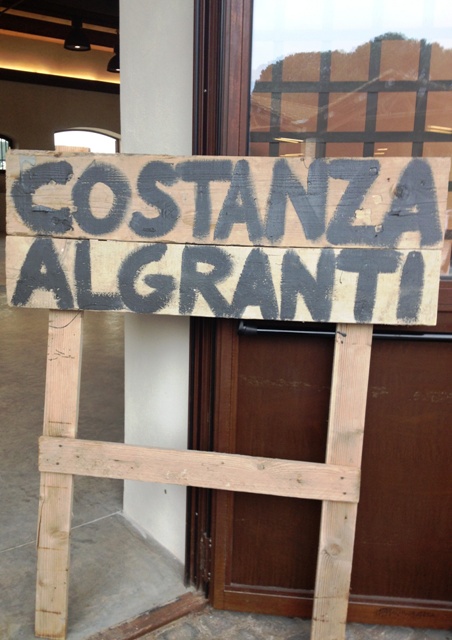 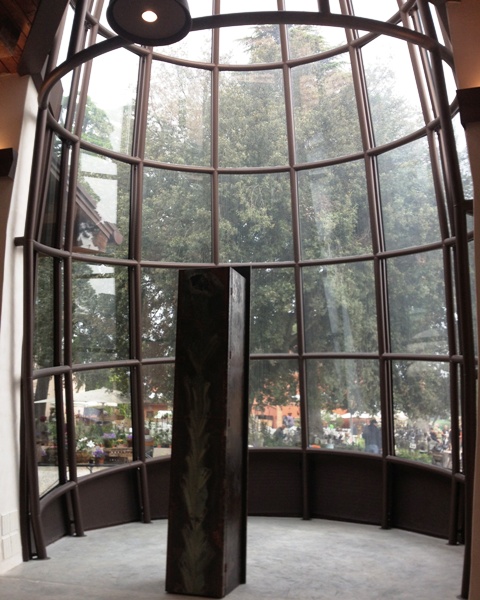 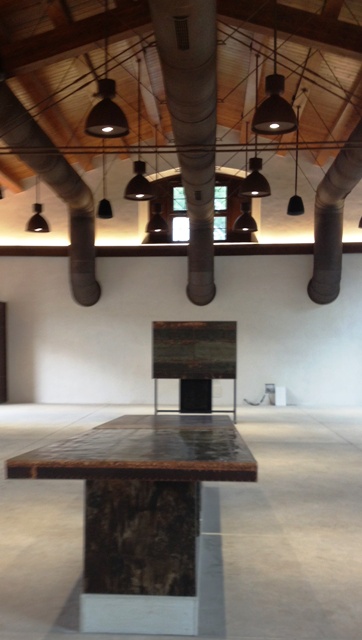 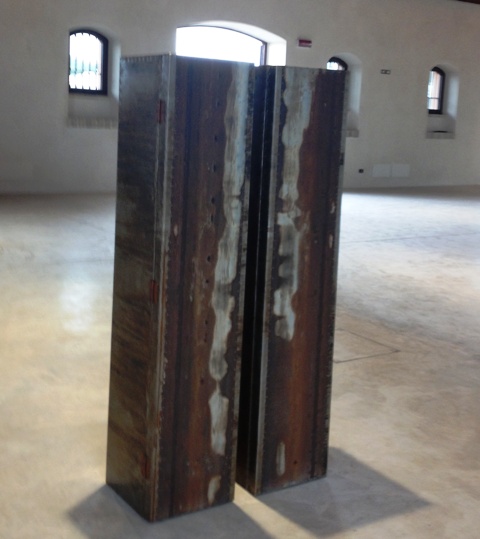