In the past couple of years Thom Browne went from someone known for making gray shrunken suits to a designer who challenges the norms and brings much needed theater to the often-stolid New York fashion week. Today's show was no exception. It was Sleeping Beauty in reverse, with the male models laying on beds in the enchanted forest, tied and blindfolded, and the female models gracefully walking the runway, dropping red roses on them. The proportions were outsized as Browne's imagination is and the gratification was in the crowd's excitement after the show. 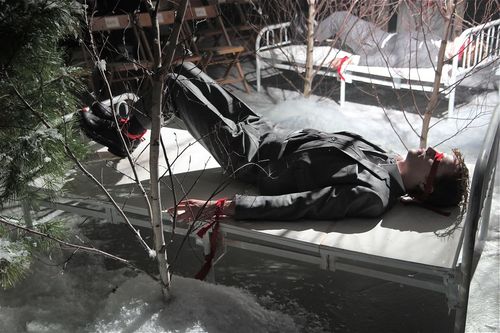 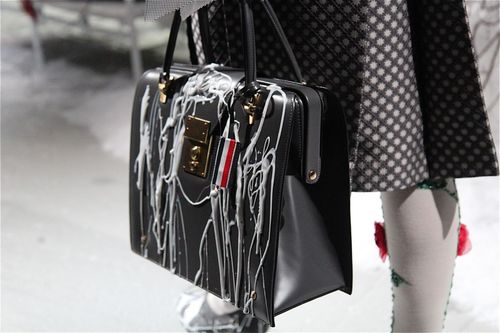 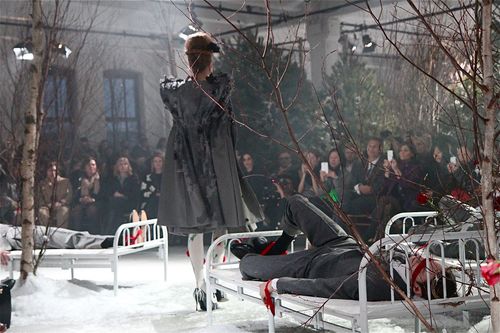 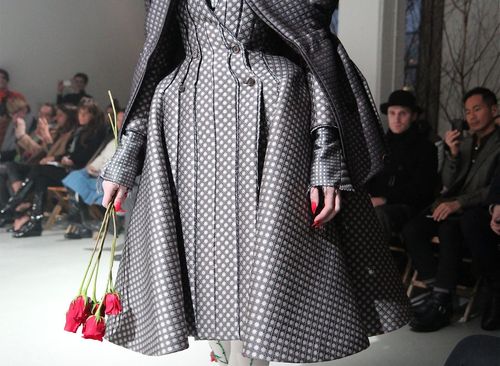 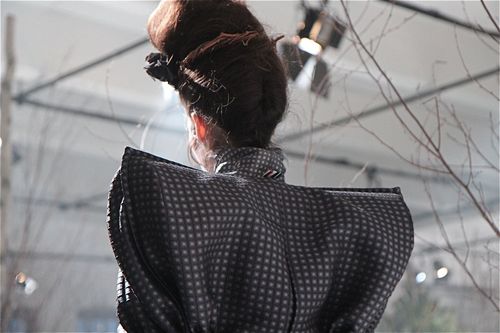 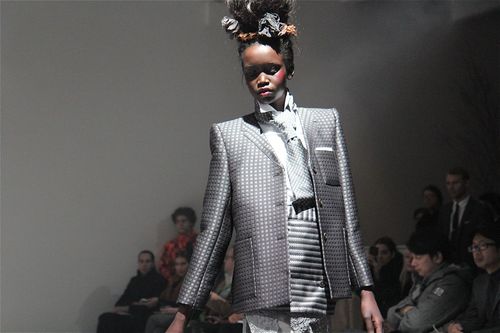 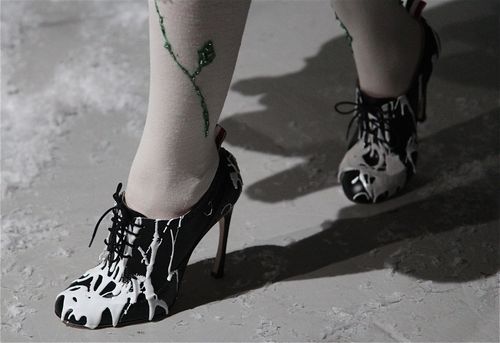 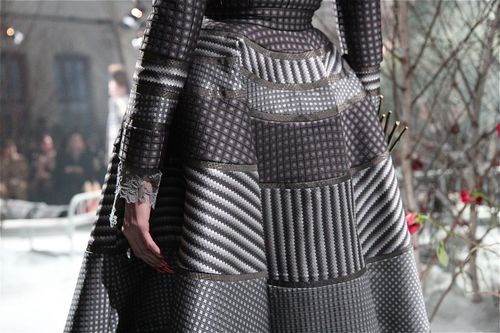 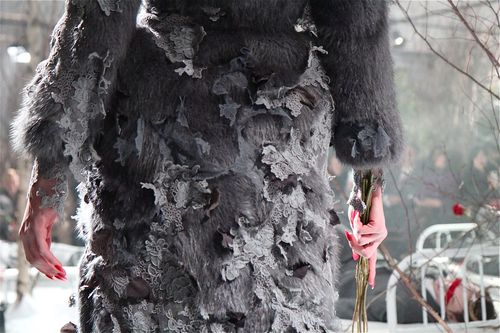 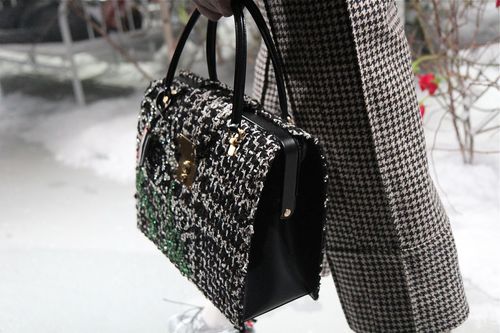 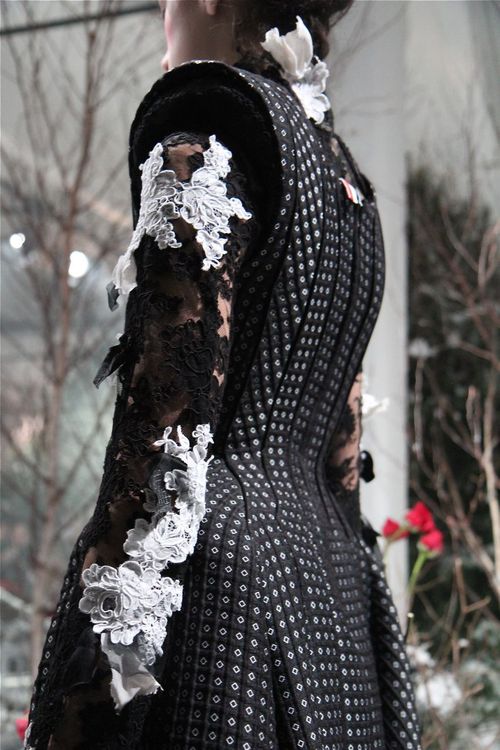 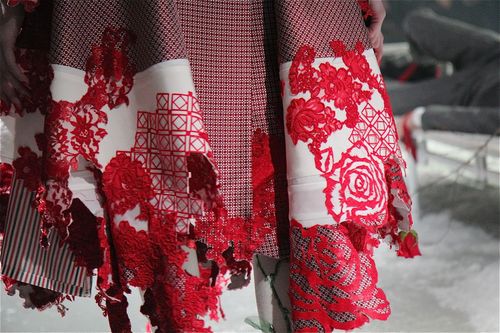 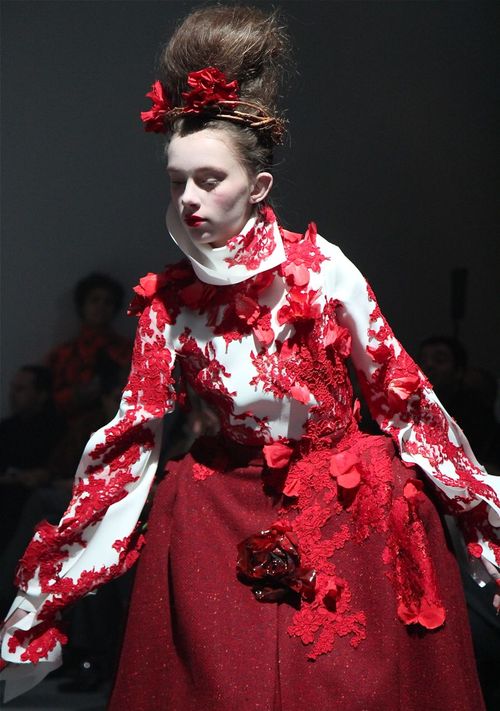 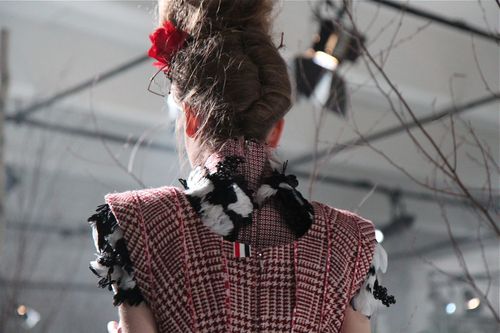 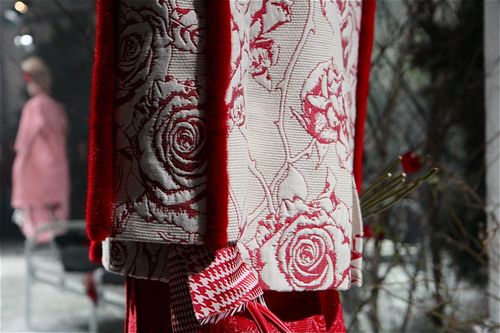 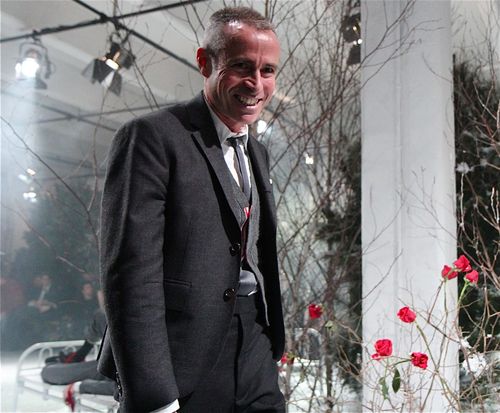