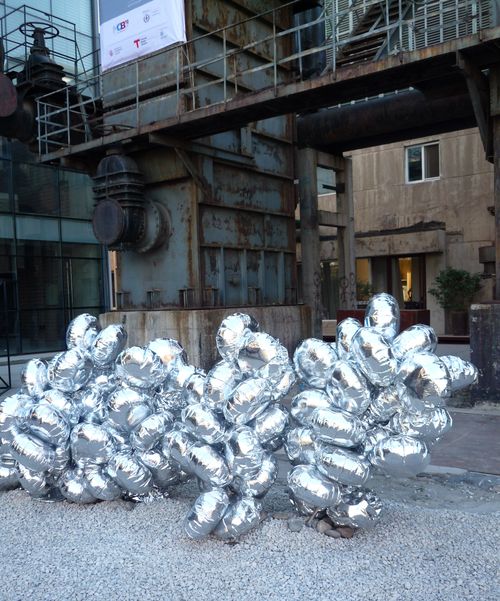 Like last year, one of the big locations for BJDW was 751-D Park, the design sister to 798 Art District where Mao-era factories have been converted into galleries, shops and restaurants. I love the contrast between the contemporary art pieces and the rusty, dilapidated structures. 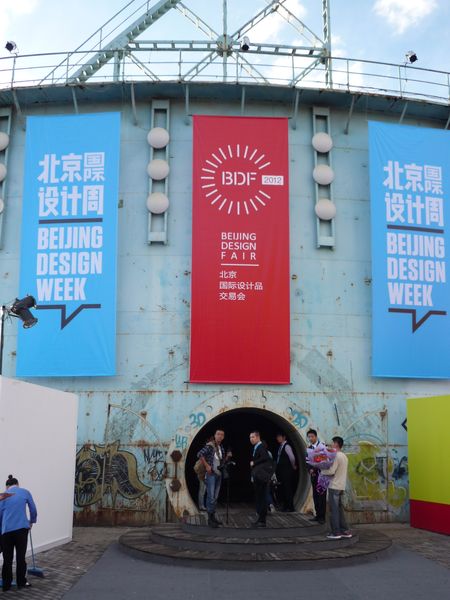 The Beijing Design Fair was staged in an old water tower that was designed by East German architects in the 1950s. 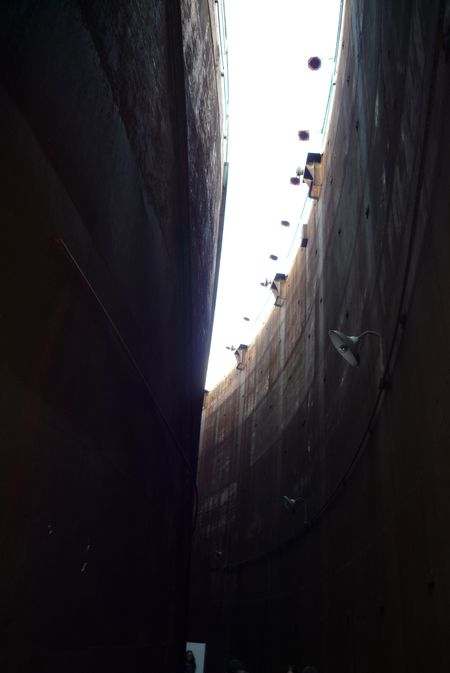 Inside the entrance of the water tower. Eat your heart out, Richard Serra. This stand at the Beijing Design Fair was very interesting because as most of you know, the issue of intellectual property rights in China is a huge problem. For years, China has been copying and bootlegging international products with impunity, flagrantly defying and ignoring international copyright standards. (Back in 2003, I found a Chinese copy of Camille Pagia’s “Sexual Personae” in a Communist Party-owned bookshop in Hong Kong. When I told Camille about it, she contacted her publisher and they told her China had no publishing rights to the book.)

So, here is the company, Cloud Design Platform, that purports to initiate copyright protections in China. I chatted with them for awhile and tried out the process–I designed my “logo” on an iPad and they printed it out on a certificate with “IP Evidence” printed across the top, and then lots of legal copy in Chinese with an “official” red stamp on the bottom. They told me that every single copyright lawsuit that they pursue has been settled out of court.

The law firm they are working with, Mei & Mark LLP – Intellectual Property & Litigation, is based in Washington, DC, according to a 4-page legal letter the Cloud people gave me. This all seems like a step in the right direction but it will probably take years before most of the copyrighting crimes are properly dealt with in China. 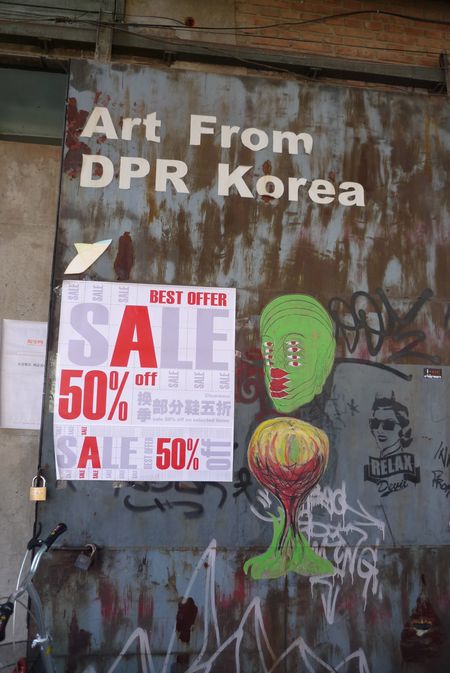 Yikes! is all I have to say about this. We were rushing off to some event, so I didn’t have time to check out the art. 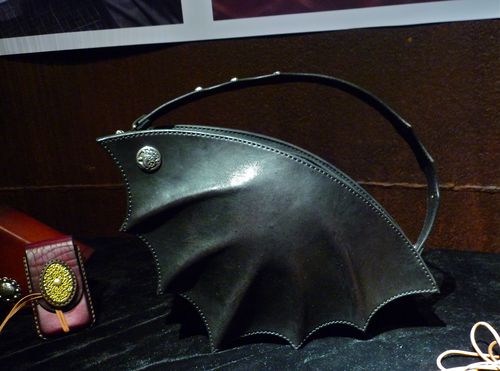 Just in time for Halloween! Any goth kid worth her salt would kill for this bag. 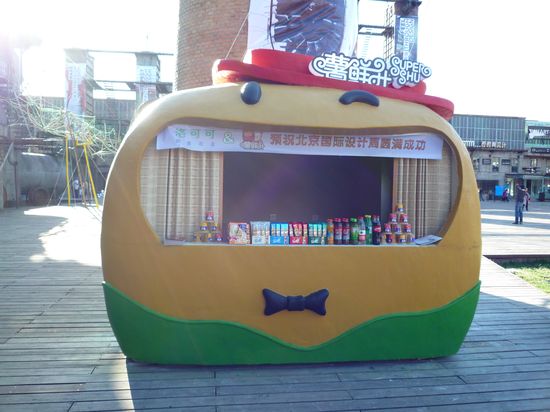 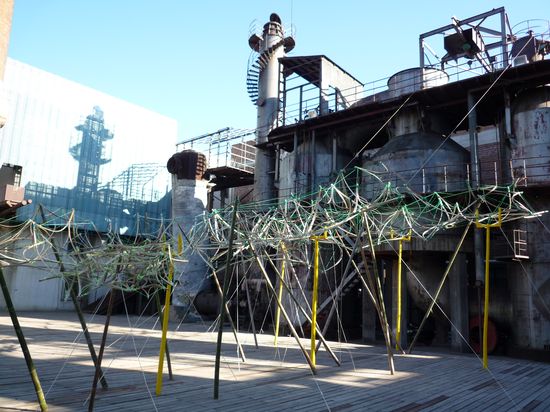 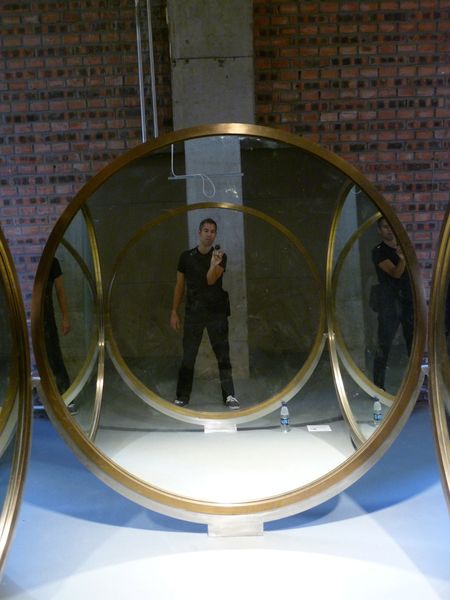 I really liked the Chinese student art at 751. Each student was given the challenge of creating something inside a box–first a small box prototype, and then a large, approximately 6′ x 6′ box. 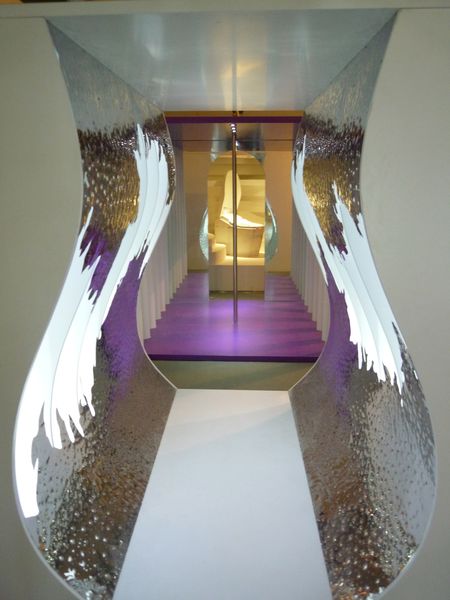 Some of the boxes seemed to work together as larger pieces, like this funhouse mirrored box that drew one in to a 5-star commode. 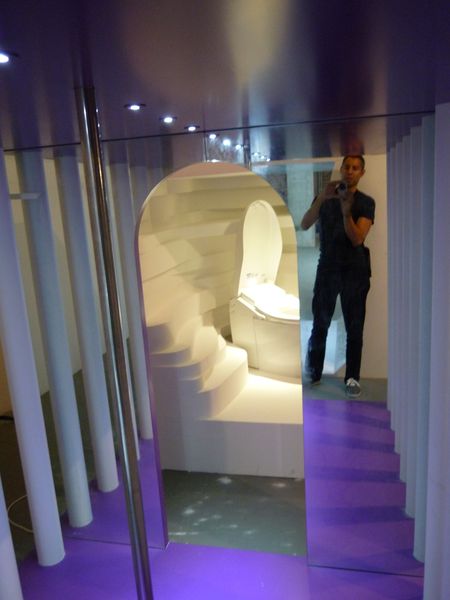 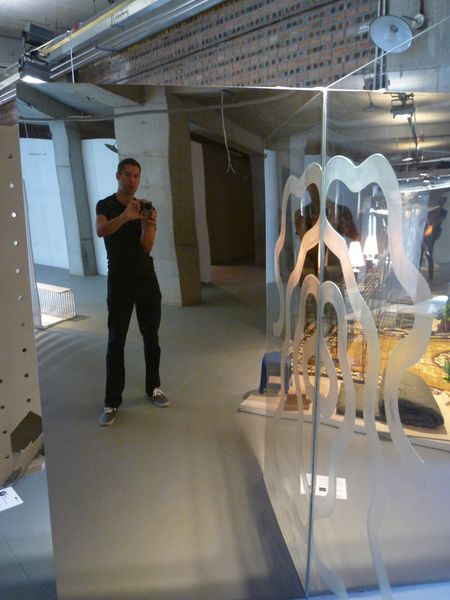 Yeah, it was one of those days when I was feeling thin (despite all the decadent meals and champagne) and couldn’t stop taking pictures of myself. 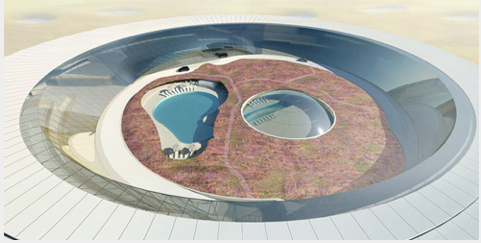 Since the Dutch are my new favorite people (Holland is the only country where Protestant aesthetics and values have style, IMO), I made sure to stop by 751’s Dutch Design on the Move exhibits. The best installation was (un)MADE IN CHINA, which documented many of the high-design architectural projects around China that have been abandoned and are either becoming overgrown with weeds or have disappeared completely. This was due to any number of factors, such as the project becoming too expensive or just taking too long to finish.

The above rendering was for the Ordos Hilton Hotel by Don Murphy and Leon Teunissen in Inner Mongolia. It was started in 2008 and abandoned in 2009. I’m not sure the exact reasons why this project failed, but (un)MADE IN CHINA co-curator Lucasz Kos comments: “Among the reasons for the various projects’ failure was the economic crisis in 2008; a more interesting one was
the fact that some local governments set up fake tendering processes
when in fact, the decision has already been made.” 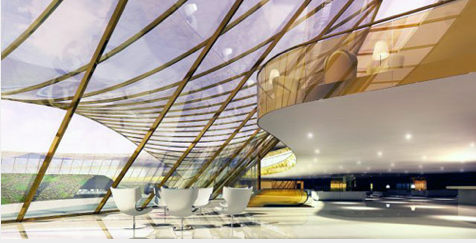 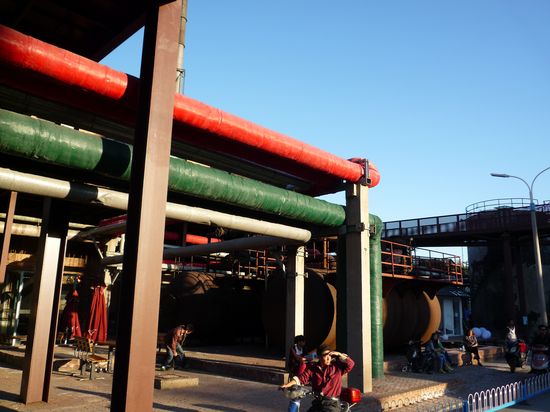 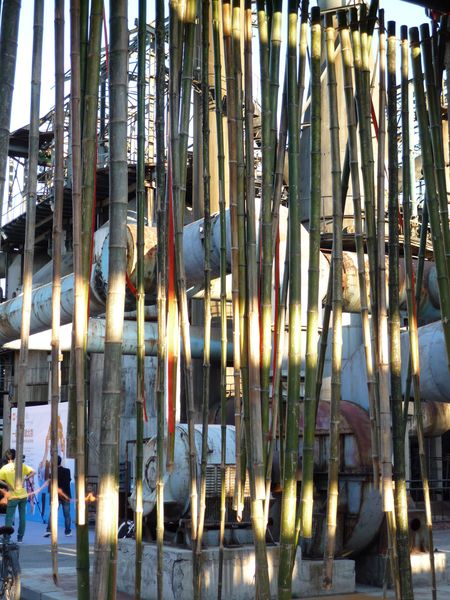 People think I’m kidding when I say I’m “going behind the Bamboo Curtain” when I visit China. Well, here’s the proof! This piece, Bamboo City, was installed by students from Tsinghua University and the University of New South Wales. 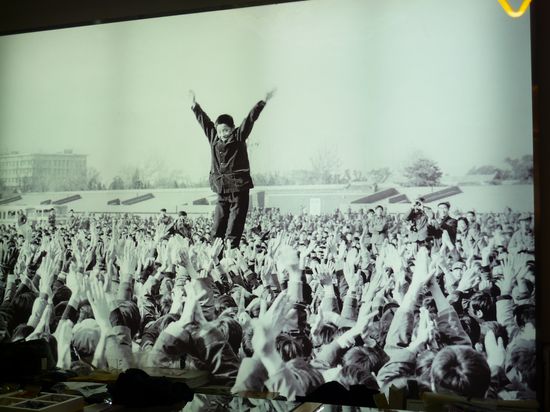 My other reports on Beijing Design Week 2012:

BJDW on Dashilar Alley with the Campana Bros & a chandelier made from 1,664 yogurt jars 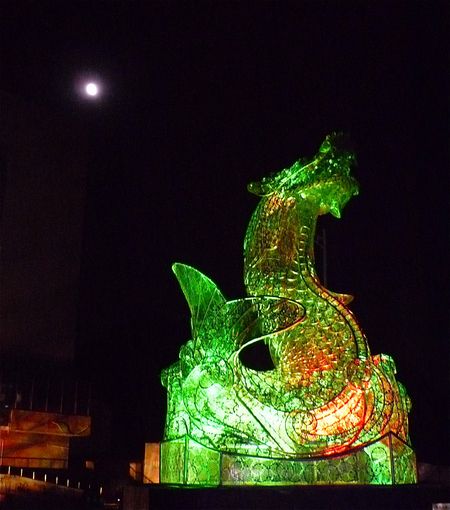