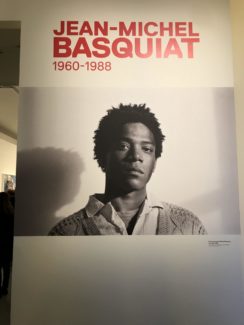 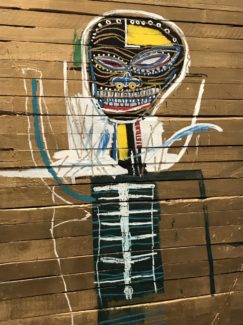 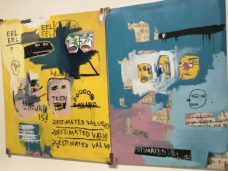 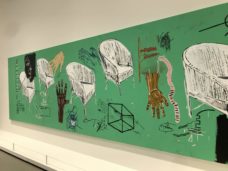 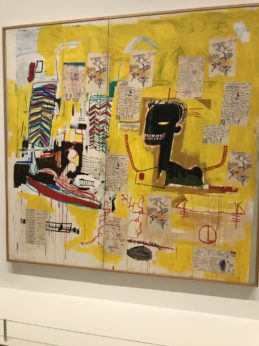 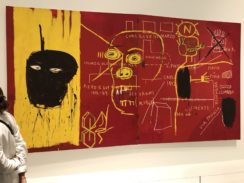 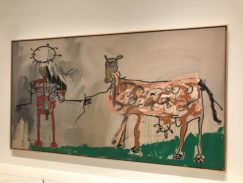 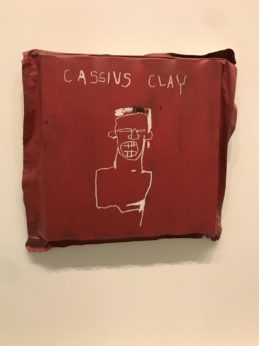 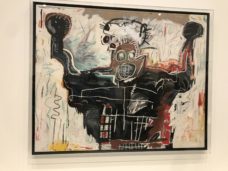 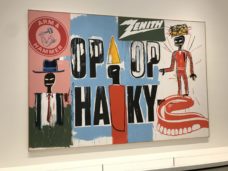 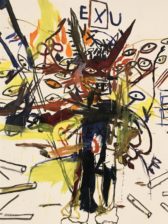 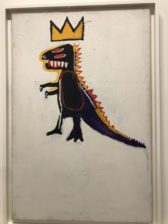 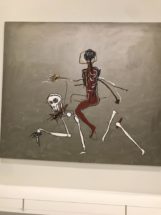 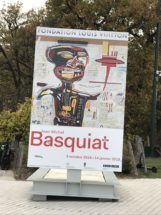 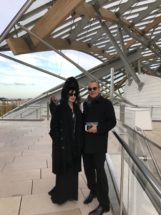 I thought that by now I’d seen all the work of Jean-Michel Basquiat but no, I was happy to discover so many artworks that I’d never seen before. The exhibition covers Basquiat’s entire career from 1980-1988 with a focus on 120 art works. Many of the works had never been exposed in Europe and others that had rarely been seen anywhere before.

I doubt that there are any Shaded Viewers that are not aware of the history of Jean-Michel Basquiat…he left school early and sarted working on the streets of NYC. He depicted African American culture and I’m still trying to figure out the meaning of teeth in his work as they are extremely prevalent in his paintings. Someone want to educate me on this? Basquiat died in 1988 leaving behind over one thousand paintings and more drawings.