A steady, finely balanced rigueur and the firm pursuit of elegance smoothly blend in Arashi Yanagawa's designs with a unique limber grace, a permitted fluidity within his discipline. Once a professional boxer, his sleek cuts run confidently along the muscles and his silhouettes always suggest a certain coordinate, overall awareness, while his Japanese roots are allowed to soften the sharper edges with comfortable ease, ampler shapes and traditional wisdom.

For his spring collection though, Yanagawa found his inspiration in the geometrical appeal of Germany and Russia, the pleated primary colors of the Bauhaus, its reticulate plans and honest, undaunted staves. There are equilateral pochettes and glasses as round as those of Le Corbusier or Johannes Itten, zips and backpacks, lean perfectos and translucent fabrics and raincoats as bright and limpid as Modernist windows. It's a facade of the building we hadn't ever seen before, one facing East and warmed by a promising sunrise. 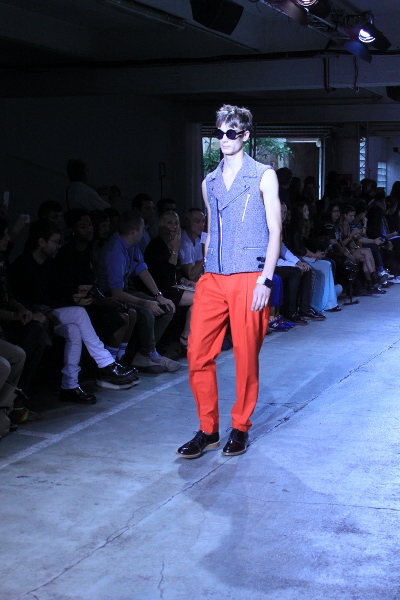 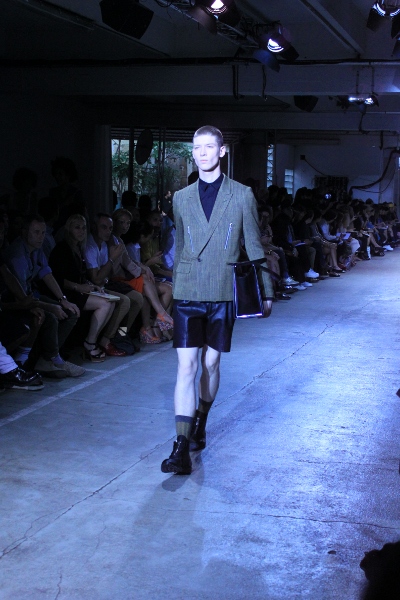 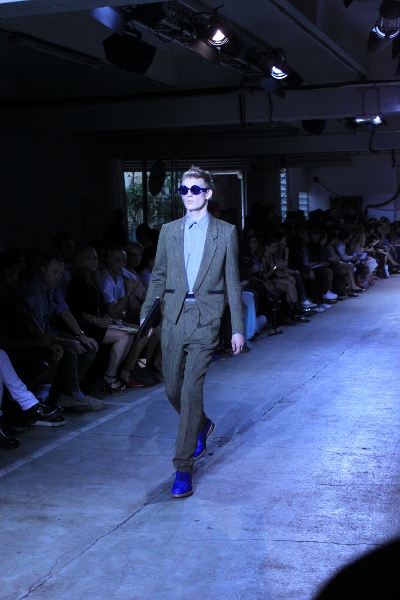 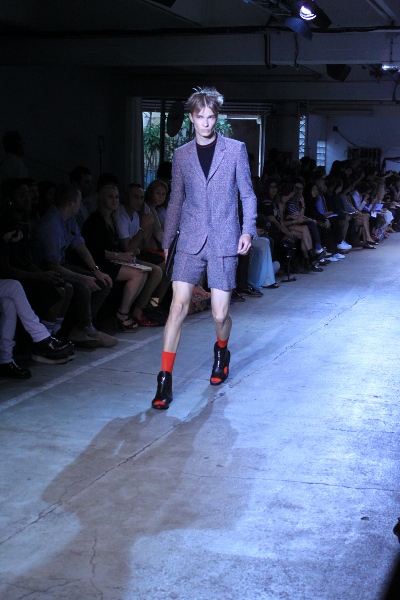