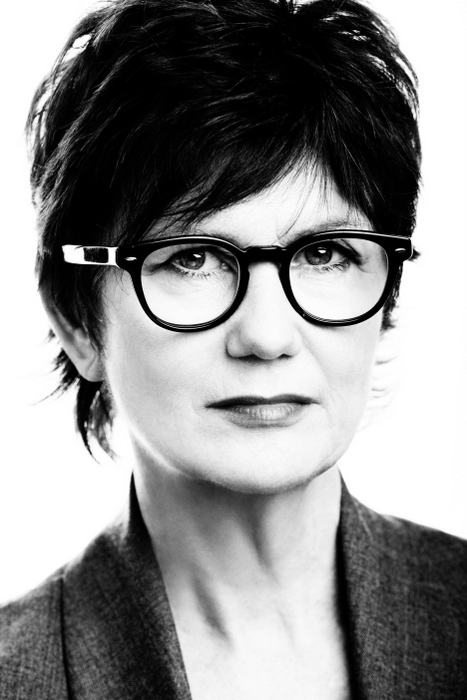 There are people in fashion who can captivate and inspire you. Linda Loppa is one of them. The director of Polimoda in Florence is a smart, elegant and charismatic woman. She's passionate about fashion and not jaded at all. Loppa has authority, but she comes across as a humble and hard-working person. A visionary within her own field, Loppa has fully embraced advanced technology and the Internet, recently introducing a Masters in Digital Communication and advocating a multidisciplinary approach. Within a few years, she has turned Polimoda into a dynamic and exciting platform, proving that fashion schools don't have to follow traditional routes. Open to change and receptive to what's going on around her, Loppa has developed close relationships with several talented figures in the industry. In this exclusive interview, she talks about her family background and experiences, Dries Van Noten's success and what is expected of young designers today. 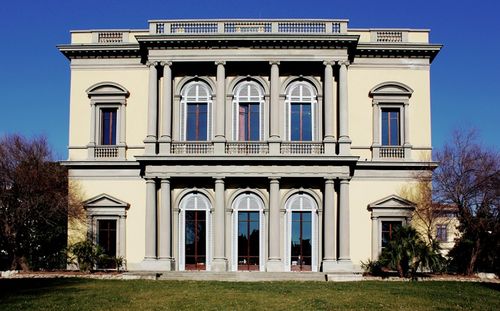 Can you tell me about your education? Did you always want to study fashion?

Everything started at the Royal Academy of Fine Arts in Antwerp. I was doing Greek and Latin at that time, realizing I had an affinity for the arts and design. My parents sensed my passion and supported me when I decided to enter the Academy. My father was a tailor and deeply Italian. I grew up in this environment and was influenced by it. After 3 years at the Academy, I had to focus on one field and decided to go for fashion. It was all very new at that time and the course was rather small, but there was this great energy I felt straight away. It was 1968 and radical changes were happening on the street and within society. Fashion echoed these transformations and I had a lot of fun with it. Strangely enough, my clothes were chic and classic, more on the conservative side. My icon was Valentino and I worshipped Italian designers. There were all these waves and movements rejecting tradition, and I found myself being fascinated with modernity and the idea of the avant-garde. The late 60s were an incredible time, full of vitality and creative joy. I remember seeing an exhibition on postmodernism in London and being totally amazed by it.

Were you a designer in the 70s then?

I graduated in 1971 and worked as a designer for Bartsons, a Belgian outerwear brand specialized in raincoats. A lot of designers started working for similar companies at that time and gained experience there. In fact, I started working for them before graduation, because this world was already familiar to me. Thanks to my father, I knew how the industry worked and often went to trade shows in Paris. For Bartsons, I was pretty much operational from the very beginning and did not need any formal training. I think my role was already obvious, in the sense that I was always more interested in the entire process than just designing clothes. I think having a wider perspective helped me understand designers and creative people better.

Did you never want to have your own line?

It's odd, but I never really had the urge to satisfy this need. It's even weirder in a way, because my father had the means to help me launch my own brand. I guess my clothes would have been fairly minimal if I had had my own label, but it wasn't the right time for me to do it. I got married in 1969 and had my own place in Antwerp. I was always independent as an individual. I'm a very practical woman and working has always been key for me. After leaving Bartsons, I went through a period where I did not feel particularly inspired creatively and my friend Joe was about to open a store in Antwerp. He asked me if I could join him and I stayed there for 3 years. It was a wonderful experience. We went to Paris together to buy designer collections. Ready-to-wear was growing and becoming more creative each year. I remember we sold Fendi bags, which -for me- were the height of luxury then. At one point, my father asked me to work with him in his store, which was something I had doubts about. He was very Italian and had a strong personality. Of course, I knew things wouldn't be simple with him. Eventually, I accepted his offer and started going to Florence twice a year for Pitti Uomo. Menswear was sensational at that time, with brands like Allegri, Armani, Zegna or Corneliani, which were changing the way men dressed. I got to know men's clothes inside out and it became my territory. I realized that my passion for menswear was even stronger than my love for womenswear. Wearing menswear items has always been my thing and it's part of my everyday style. I love tailoring for women and guess it's always been natural for me to wear it, given my background and experiences. 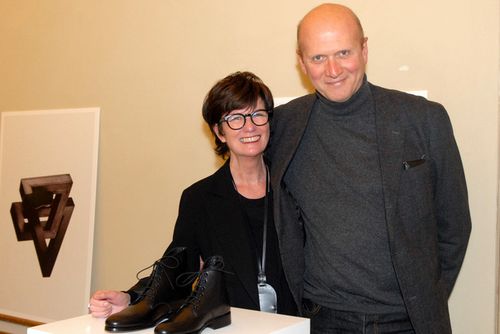 With Lapo Cianchi from Pitti Immagine

I had my own boutique called "Loppa" where I sold designers like Jean-Paul Gaultier and Claude Montana. I was buying menswear in Florence and womenswear in Milan, including Genny, Callaghan and Versace. This is how I got to know Gianni at the very beginning of his career. In 1981, I started teaching fashion at the Academy. I was doing most of the shows as a buyer and young designers kept popping in to see me, wanting to have a chat or show me their sketches. They were looking for advice and I ended up teaching. I had a weekly slot at first, but was gradually spending more time at the Academy than in my own store, with up to 4 classes a week. Being a buyer for so long was enlightening: I got to know a lot about manufacturing and the production side of fashion. With the Gulf War breaking out at the beginning of the 90s, I sensed it was time to move on. The recession kicked in and Americans no longer came. I decided to sell the store and it was done within a week. When things come to a close, I prefer happy endings.

What about the Antwerp Six? Were you involved in any way?

It's funny, because I was always working on 3 or 4 projects at the same time: teaching at the Academy, managing the store and helping young designers. I worked with Dries Van Noten after selling my business. I remember writing all these menswear orders for him in Paris, selling the collection to international buyers in his showroom. Thanks to Dries, I got to travel to Japan several times. It was like a revelation for me, a complete eye opener.

I didn't know this. How do you explain his success as a designer?

He's a consummate professional and never wanted to be a star. He thought about his clients from the start and knew he had to sell. He cared about delivering on time and being consistent. This is what being professional means. Discipline and organization are paramount. 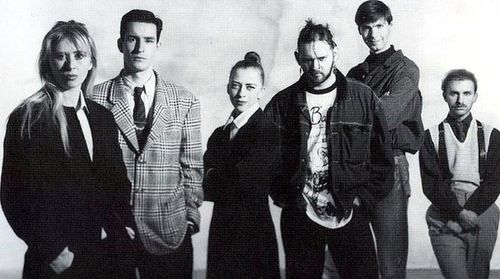 The Antwerp Six in the late 80s

The early 90s were a significant period for Belgian designers. Can you remember when these new talents started emerging?

It was in 1991 that Belgian fashion gained a voice of its own and had an impact on the whole industry. This was a new shift, a different esthetics, and selling Italian labels no longer made sense.

You've worked in many different areas within fashion and found success there. Are you always that open to new proposals?

Yes, I rise up to the challenge and do not fear change. I guess new offers tend to come at the right moment in my life and I know when it's time to go. My instincts usually tell me what to do. It happened while I was heading MoMu in Antwerp. I loved the museum and managed several exhibitions there, finding innovative concepts each year, but one day it was time to stop and start elsewhere.

Which young designers do you find interesting now?

I don't follow collections or go to shows any longer, mainly because I don't have the time. I therefore couldn't tell you. What I know is that companies are looking for well-rounded individuals, who envisage things in a global way. The designer can be a risk for companies. I don't think star designers are relevant anymore.

What are the most important elements a designer needs to succeed?

The truth is that there is no secret or magical formula. You have to find your personal style and grow it. Don't copy others, but work hard to reveal your own essence.

Fashion is so derivative now. Do you think we're living a style crisis?

This is true. At the same time, I find it interesting, because it's another change we are experiencing. Values are different now, but luxury and creativity are more relevant than ever. In fact, when you look at emerging markets, it's not luxury they're after, but hyper luxury.

What do you want to give students at Polimoda?

Rigor, for sure. They need to focus on quality and research. They also have to look at their own work critically. When students graduate, we want them to have an overall view of the industry and a personal understanding of the course they picked. We innovate with our curriculum, offering courses on Fashion Writing and Digital Communication. I find it important for students to be able to express themselves properly and write about fashion well. Bloggers are inspiring. I became one myself and am really enjoying it!

Do you think students have a realistic approach?

They don't need to. We don't ask them to be concrete when it comes to design. Fashion is a dream that has to sell, so let the students dream.