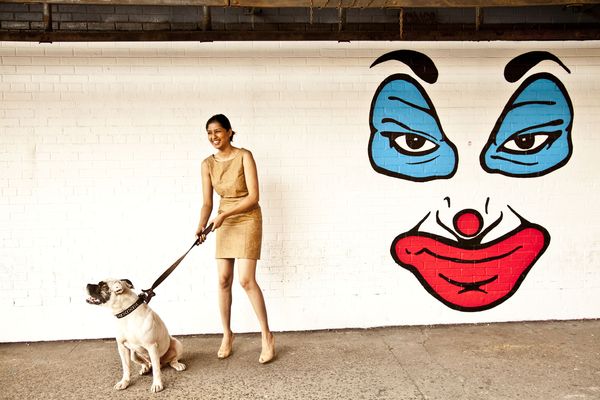 New York-based designer Sylvia Heisel has always been intrigued by clothing that dramatically changes appearance the longer you wear it. When I worked for her back in the '90s, Sylvia designed jackets in bright neon colors that were cut from the nylon that's used for sailboat sails. Over an extended period of repeated exposure to sunlight, the jackets' colors faded, demonstrating UV radiation's effect on a planet with a pollution-ravaged ozone layer.

Her latest fashion experiment demonstrates how a piece of clothing can change, but this time without the depressing reminder of the dwindling ozone layer. Her "Ready-to-Wear-Away" sheath dress is made from paper that initially feels like supple leather. But body heat and natural movement cause the outer skin to break down, revealing a series of hand-drawn inspirational quotes from writers, philosophers and artists–from Truman Capote to Ghandi to Tupac Shakur.

The idea for this uniquely revealing sustainable dress came about when Sylvia met Rebecca Cole Marshall, the industrial designer who developed Paper No.9, at the Model Citizens showcase in New York back in May. The goal of Paper No. 9 is to "elevate mundane brown paper into something precious, while also highlighting its ephemeral nature. As each person interacts with the material differently, it creates its own authentic and unique experience."

"I'm fascinated by clothing that changes as you wear it," Sylvia explains. "Most clothes are made to last forever, but our lives and bodies don't stay the same and fashion is constantly changing. The moment I saw Paper No. 9 I knew it would make the perfect dress to explore this idea, and that it would be gorgeous." 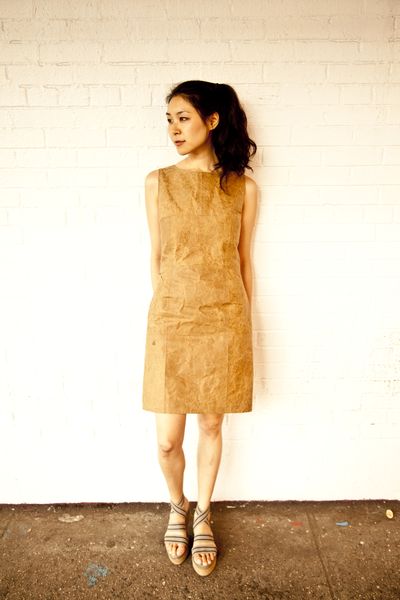 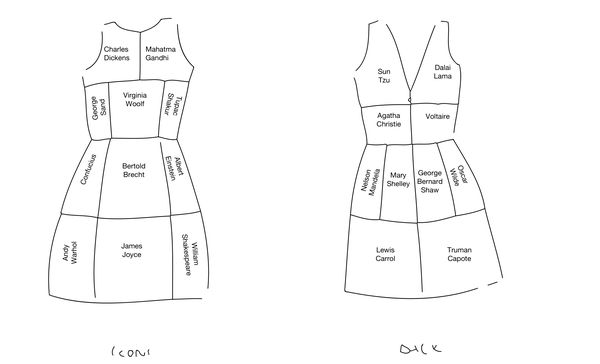