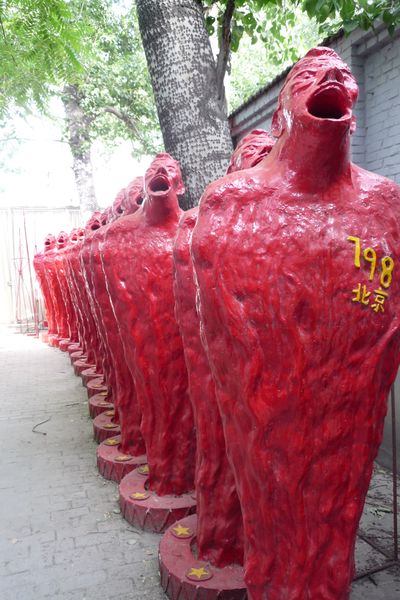 Last month I winged my way up to Beijing, after attending fashion events in Singapore, and of course a visit to 798 Art District was mandatory. 798 is a sprawling former electronics and munitions factory that was built in the late ’50s by East German architects. It was taken over by artists in the late ’90s but it was only a few years ago that the area became a truly mainstream art gallery destination, filled with shops, trendy cafes and tourists. There are more cutting-edge art ‘hoods on the outskirts of the city center, which I will try to visit when I return to Beijing in the fall. But I enjoyed wandering around 798 (I probably did more shopping than gallery visiting, though) and here are a few glimpses. 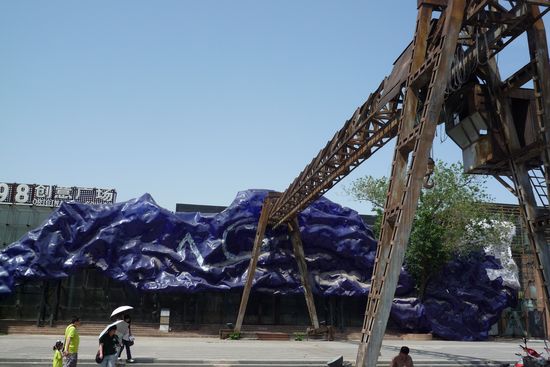 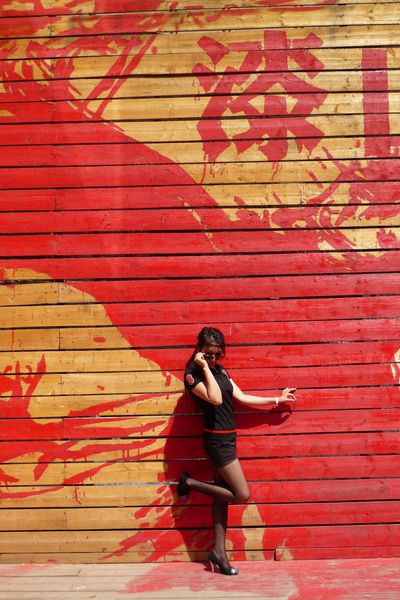 I don’t know who this saucy chick is but the paparazzi were chasing her all around 798. 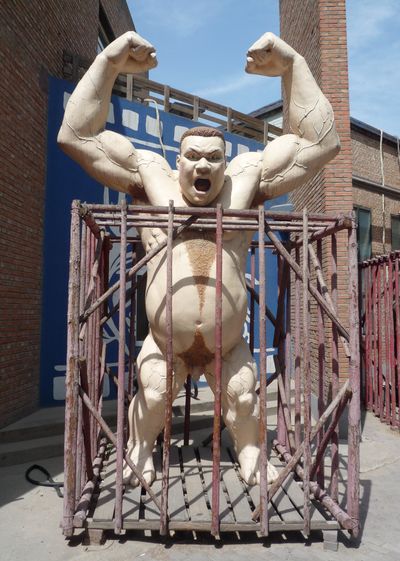 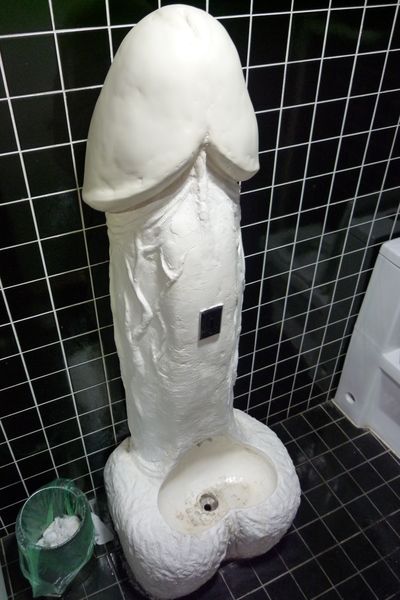 Of course I loved the urinal in the men’s room at a cafe we went to. 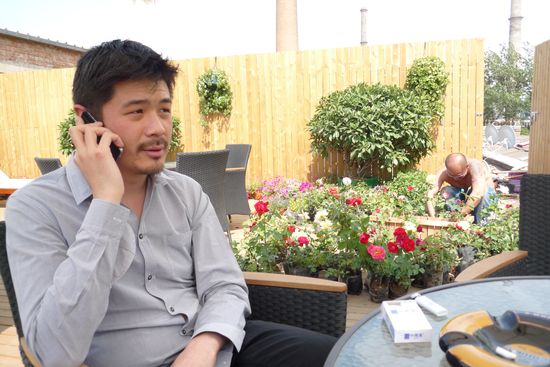 Aric Chen taking care of business on the roof of a cafe at 798. Aric is the Creative Director of Beijing Design Week, which takes place September 25 – October 3. (I will be there, I already booked my flight!) 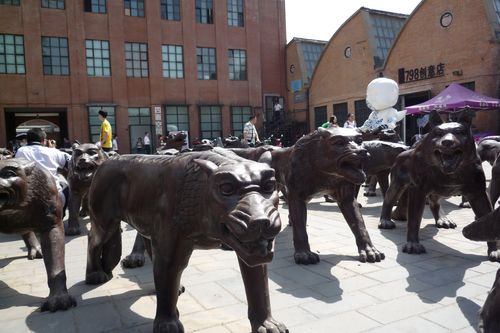 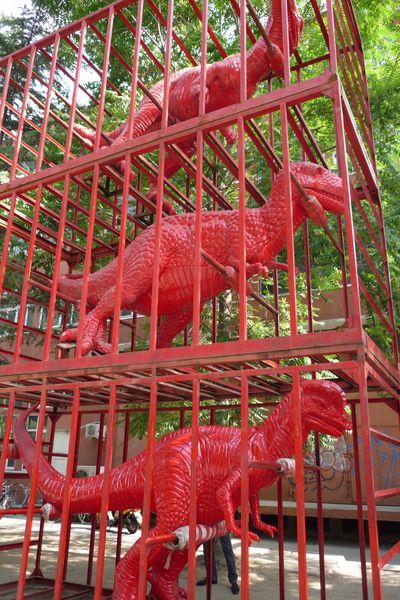 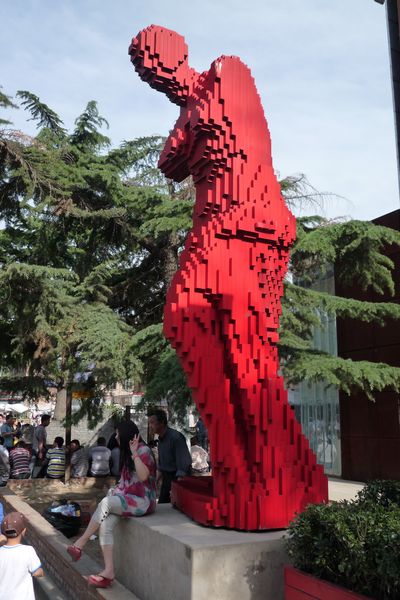 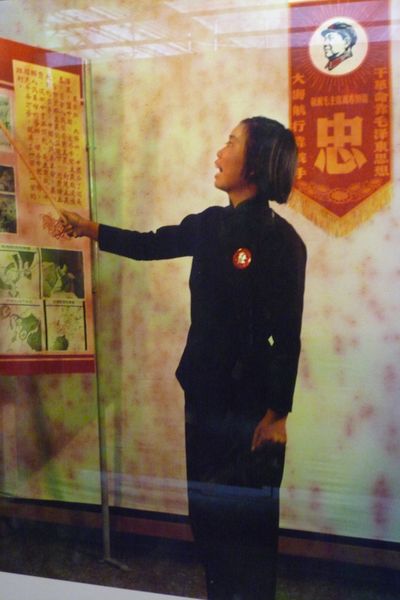 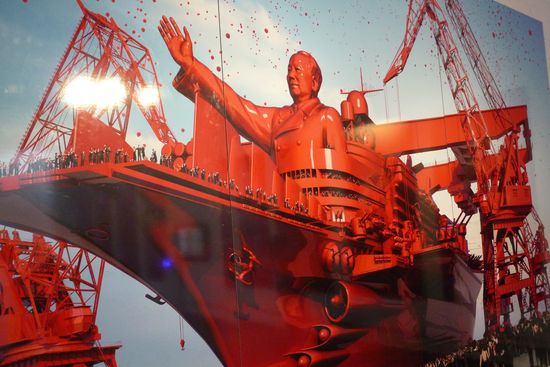 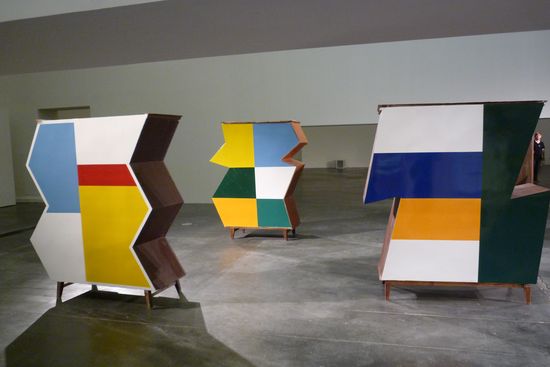 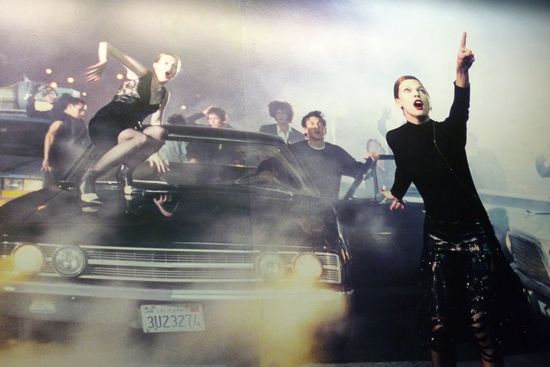 Peter Lindbergh had a big show of his photos – a series about supermodel aliens invading a city and blowing things up with their flying saucers. 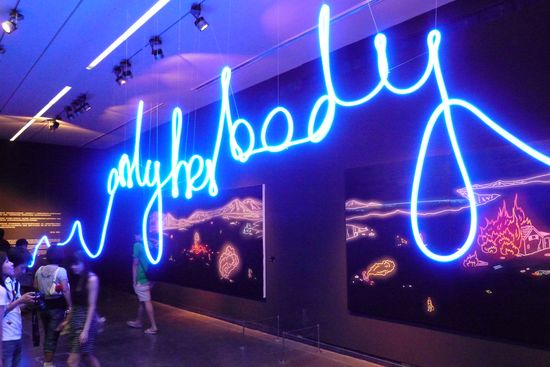 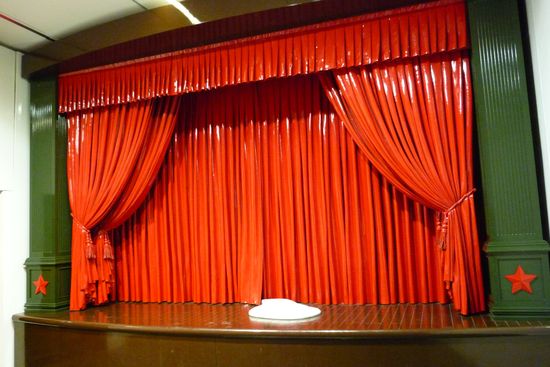 This was my favorite piece at 798. A lot of the work that combined images of Mao Zedong with cliches of consumerist culture (Coca Cola) as a way of making a statement about modern China were too obvious and trite for me. But I really liked this piece. Bear in mind that the art at 798, like everything in China, is monitored and controlled by the Communist Party. So overtly subversive political art works are a no-no. As a result, artists have to think of more subtle, indirect ways to convey political criticism in their work, even though it’s usually quite cryptic. It’s a very Eastern way of communication. (I learned this when I interviewed punk rock musicians in Harbin 7 years ago.) This piece features a stage that looks like the setting for a performance during the chaotic, iconoclastic days of the Cultural Revolution (1966 – 1976). A mysterious white ooze is spilling out onto the stage from behind the glossy vinyl curtains….left to interpretation. 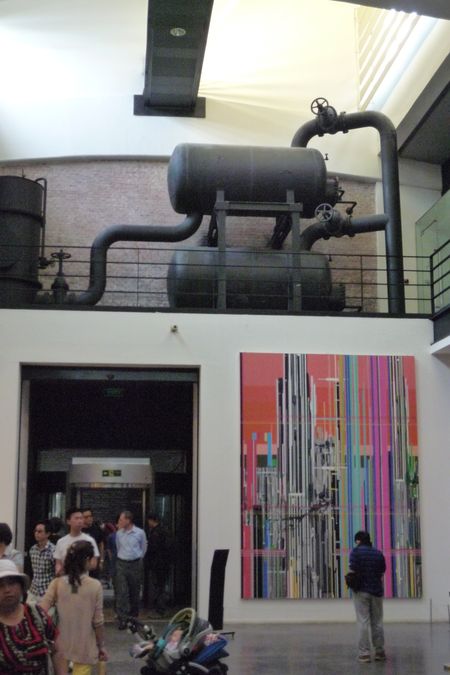 I think this was the following night, after my epic climb up the Great Wall. Me and my friend Alice McInerney, an editor at Time Out Beijing, on the bamboo-garden patio at Mesh, the uber-trendy bar of the Opposite House hotel. We ordered the watermelon-chili martinis, which were disappointing because the chili was completely lacking in heat. 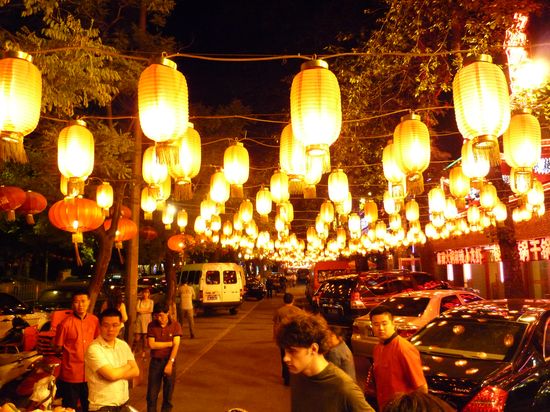 Later we adjourned to Ghost Street for a hot-pot dinner. Ghost Street is famous for being densely packed with hundreds of super-cheap Chinese restaurants.

Previously on “Glenn Belverio in Beijing”:

A visit to Wuhao Curated Shop in an historical Chinese Garden

Trespassing on the Great Wall of China at Huang Hua Cheng