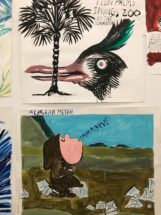 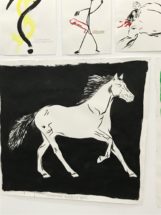 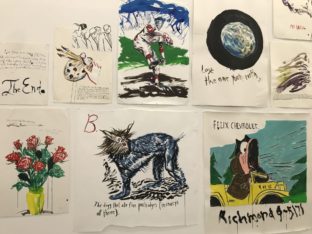 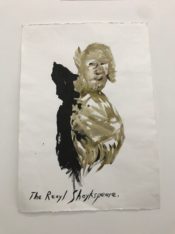 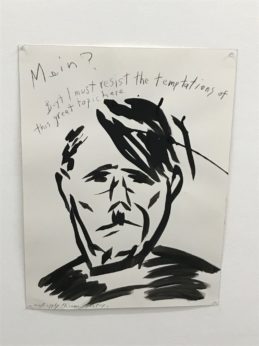 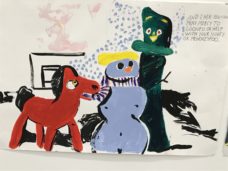 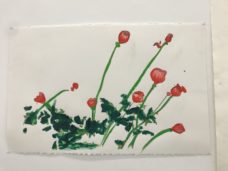 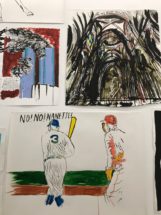 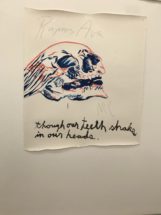 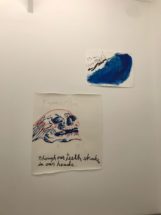 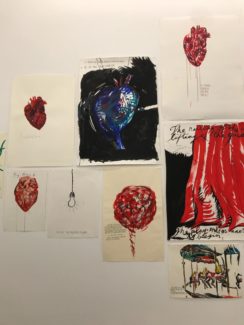 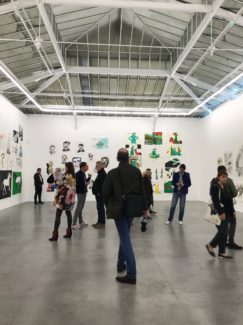 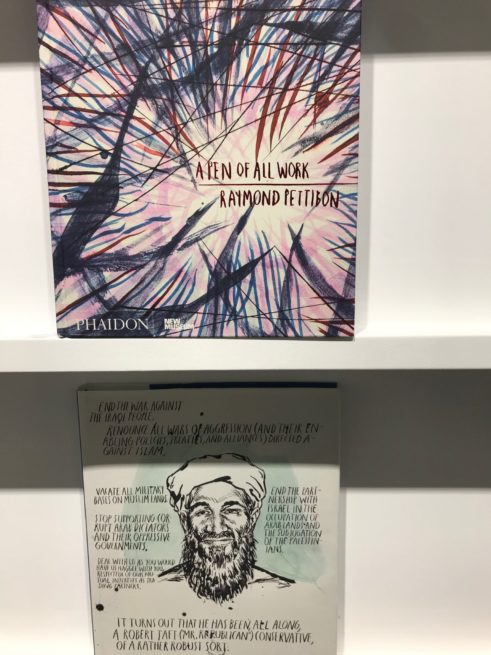 David Zwirner inaugurated his new gallery in Paris with Frenchette, an exhibition of new works by Raymond Pettibon. It was his first solo exhibition in Paris since 1999. The new works feature both entirely new subjects as well as characters and motifs that are signatures of Pettibon: Gumby, baseball, US presidents, animals, totalitarian dictators, and waves.

His work incorporates language from mass media as well as classic texts by Blake, Proust, Ruskin and Whitman.