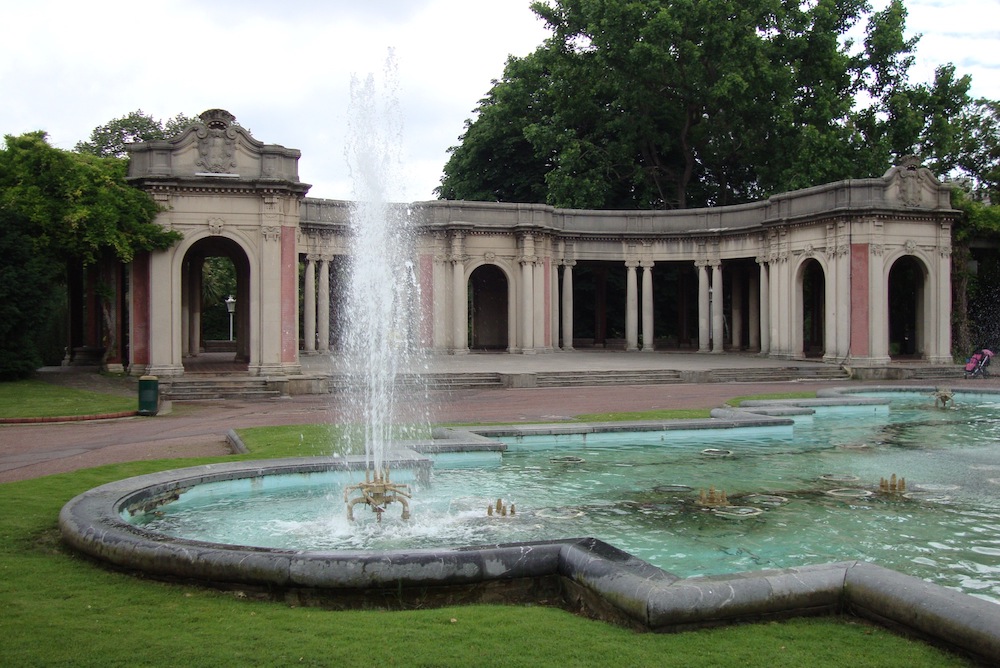 Arriving in Bilbao (SP) I can see artistic ornaments sprout all around in town.

In comparison to Gehry’s Guggenheim which holds contemporary global signatures (Kapoor, Rauschenberg, Rousseau, etc etc..), the Museo de Bellas Artes shows Basque masters (Losada, Arteta, Zuloaga, Chilliada, etc etc..) in the most romantic environment for more than a century. The green park around enclaves and engages the building. It declares a life quality to envy, while students abuse their university break confirming mutual love under its flora. Suddenly all bunches were occupied by nature, they were all busy making art! Kissing.

The natural acoustic composed by fountains, pond ducks and moving tress is perfectly diagramed. Magnolias were in charge of the fragrances, with different mixed perfume notes above Tonetti’s The Clown sculpture created by Eduardo Chillida. There were no gaps while walking inside the museum’s dark walls, or under the immense shadows of the trees in this wavy friendly space. They both deliver cultural choices from the past (since XVI century) mixed with a bright present. Often hidden by shrubs, sometimes invisible behind thick logs, more than once it felt very Buenos Aires like. However it is not, I am in Bilbao the Basque Country.